In the previous article, the SWOT analysis of Xbox. In this article, we will discuss the marketing strategy of one of the top video gaming consoles – Xbox by Microsoft.

The objective is to help you gain insights into what exactly Xbox did to achieve its current position as one of the world’s leading video gaming brands out there.

And obviously, Microsoft’s strategic marketing helped its product- Xbox reach out to its target audience. As people around the world have migrated to the digital sphere, marketing has followed suit. If you too are interested in digital marketing then you should definitely check out IIDE’s Free MasterClass on Digital Marketing, by our CEO and Founder Karan Shah.

By the end of this blog, you will know the marketing strategy of Xbox completely. Before diving deep into it, let’s begin with the company’s story, target audience, and digital presence. 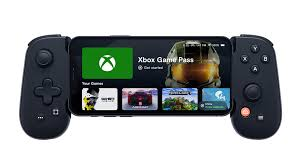 It all started when Sony Computer Entertainment first introduced its PlayStation 2 in 1999, the company positioned the console as the centre of home entertainment because it can play not only video games but also audio CDs and video DVDs. Microsoft’s main business was to support the personal computer (PC) business with Windows operating systems, software, and games and saw PlayStation 2 as a threat to personal computers.

That was when four engineers of Microsoft’s DirectX team Kevin Bachus, Seamus Blackley, Ted Hase, and DirectX team leader Otto Berke began imagining what a Microsoft console, that could compete with Sony’s Playstation 2, would look like. They designed a system that shares many hardware components with the PC, effectively runs versions of Windows and DirectX, and runs games on the console.

This approach makes it easy for Windows developers to create games for new systems and differentiate them from the custom hardware solutions found on most other consoles. Many names were proposed for this console, such as “DirectX Box” and  “Windows Entertainment Project”. As a team, they believed ‘Xbox’ would be the least desirable, but it was found to be the highest priority in the survey and thus, was finalised as the name of the console.

Here we will discuss various marketing strategies of Xbox from STP analysis to marketing campaigns and many more.

Since there is no particular age to play games and enjoy yourself, anyone with an interest in playing games can use Xbox to play games. Hence, the audience is people of all age groups. However, an internal research survey conducted by Microsoft observed that the demographic of Xbox users ranged in gender, age and generation. The age group range is from 16 to 30 years of age for hardcore gamers. And hence the target audience for Xbox is mainly teenagers and adults from around 20 to 45 years of age.

Generation plays a considerable role to garner the kind of audience that’s more likely to use these products hence, teenagers are targeted greatly more than older people. This age group is the future for these categories of products.

Lifestyle gamers tend to be antisocial and thus try and build relationships online for which Xbox provides features such as online chat. Behaviour gamers are the most loyal ones as consumers so the company focuses more on them.

With a clear intention to compete with its arch-rival PlayStation Sony, Microsoft released Xbox with many specifications that gave it a lead over PlayStation.

Xbox introduced a gaming console that did not require a specialised hardware platform designed for gaming purposes only. Instead, it was based on the same hardware on which Microsoft’s computer platform was based. The Xbox hardware is derived from the same electronic architecture as the standard IBM-compatible PCs.

In May 2006, Microsoft rolled out its $40 billion marketing campaign for the 2007 Xbox 360 exclusive Halo 3 game, with a theoretical trailer release at the E3 gaming expo, which went on to become a record-breaking juggernaut that sold 14.5 million copies.

A second trailer released on December 4, 2006, produced by global ad agency McCann-Erickson, had been viewed over 11 million times by the time the title was launched the following September.

The last major advertising campaign before and during Halo 3’s release was a series of videos marketed with the tagline “Believe”, beginning September 11, 2007. 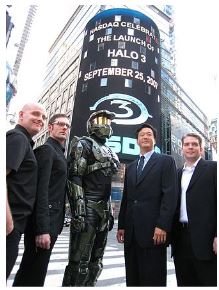 Xbox Australia and New Zealand (@XboxANZ) intended to increase brand awareness and engagement during a significant gaming event and offer both attendees and viewers at home an active brand experience.

Twitter was the ideal channel for Xbox to maximise its exposure at PAX because it has a sizable gaming audience. Xbox wanted to increase real-time interaction at PAX and become the most talked-about console brand there.

The “Beyond Generations” campaign was created by James Crosby and William Cottam, and directed by Chris Fowles through Craft.

The most recent of all Xbox partnered with Pringles for a campaign to bring a digital zombie called Frank to life.

The gaming giant is highly active on all platforms and enjoys a massive fan following. It has the most followers on Facebook with a whopping 21.83 M+ followers on its account. This is followed by Twitter with 18.7 M, Instagram with 12.7 M followers, and lastly LinkedIn with 10k+ followers (As LinkedIn is mostly used for and by professionals hence the number).

The posts contain a variety of content ranging from promotional, informational, and product launches to even relatable memes. This ensures very high engagement from the users. 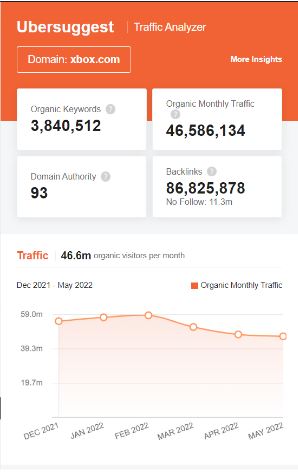 As per SEO ranking, it is said that the number of keywords – below 500 is bad, above 1000 is good, and 10,000+ is amazing. As we can see, www.xbox.com has 3,840,512 organic keywords and it’s considered amazing. That means the digital marketing of Xbox has an excellent number of insights.

Also, the traffic per month is around 46M+ which is outstanding. Hence, Xbox is doing great with its SEO strategies in maintaining its digital presence. Xbox should keep up the work to keep soaring high in the Google organic SERP results.

Xbox has collaborated with many top gaming influencers who have a huge popularity and fan base through Youtubers, Blogging websites, etc. Recently, Xbox collaborated with TikTok sensation Khaby Lame – one of the world’s most popular TikTok creators, with 120.7 million followers – to launch their “Simply Next Gen” campaign with Ayzenberg and ION.

Xbox has its own website where users can make purchases of its products. But it is also available on recommended online retailers like Amazon and Flipkart. 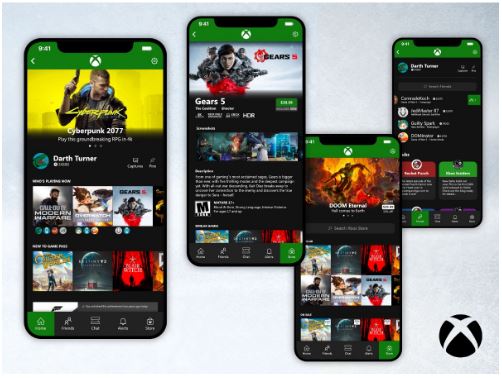 The Xbox app keeps you connected to your gaming community at the ease of your phone or tablet. The Xbox mobile app allows you to share your game clips & screenshots, chat with other gamers, view your achievements and share them with your friends online also, and get notifications. Plus, you can play games directly from your console too.

Joining Xbox parties will allow you to get together and chat with friends as you move from game to game, right from your phone or tablet. Chat with friends on Xbox Series X|S, Xbox One, and Windows PC.

Xbox remote play – The Xbox app is more useful than ever. You can play games from your console straight to your phone or tablet over the network with Xbox remote play. Find and install new games even if you’re not at home, or adjust console settings just how you like.

Having outstanding digital marketing skills can prove to be a boon for your company. With SEO-optimised strategies, you can easily target your audience and grab their attention towards your company. As we all know now when the digital revolution is taking place, it has become mandatory to have a digital presence! Having said that in order to grow your reach you will need at-par digital marketing skills.

If you like such in-depth analysis of companies just like the marketing strategy of Xbox check out our IIDE Knowledge portal for more fascinating case studies.