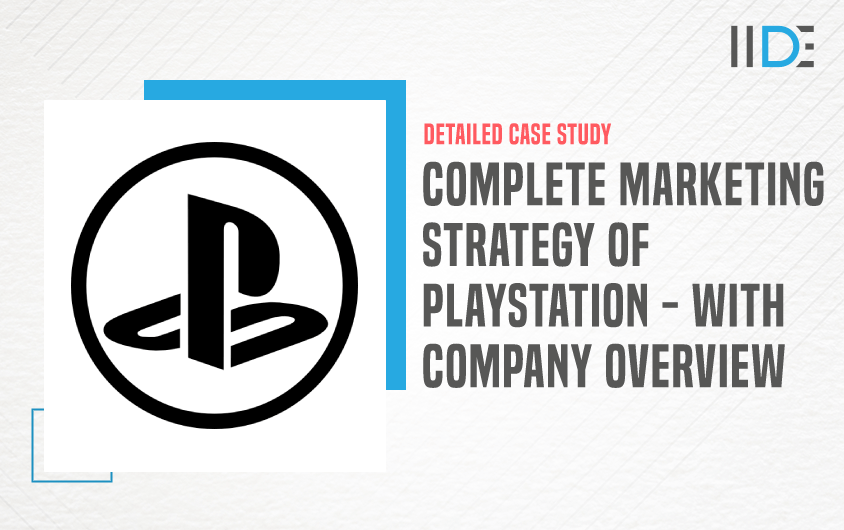 In the previous article, the SWOT analysis of Xbox. In this article, we will discuss the marketing strategy of one of the top video gaming consoles – Playstation by Microsoft.

This blog helps you understand the Marketing strategy of Playstation. A brand that almost everyone from a 10-year-old to a 60-year-old uses and loves!

And obviously, Microsoft’s strategic marketing helped its product- Playstation reaches out to its target audience. As people around the world have migrated to the digital sphere, marketing has followed suit. If you too are interested in digital marketing then you should definitely check out IIDE’s Free MasterClass on Digital Marketing, by our CEO and Founder Karan Shah.

By the end of this blog, you will know the marketing strategy of Playstation completely. Before diving deep into it, let’s begin with the company’s story, target audience, and digital presence.

Sony Interactive Entertainment (SIE), a global leader in interactive and digital entertainment, is responsible for the PlayStation® brand and its family of products and services. Since the launch of the original PlayStation in Japan in 1994, PlayStation has been a leader in the industry.

SIE is a wholly-owned subsidiary of Sony Group Corporation with global headquarters in San Mateo, California, and offices in London and Tokyo.

Sony spends a significant portion of its profits on marketing activities for its PlayStation brand. PlayStation is known for creating numerous campaigns that heavily promote its products among gamers. As part of its marketing strategy, Sony employs aggressive promotion. “Play has no limits” is the brand’s slogan, emphasising the brand’s position as a core gaming product. “eNoS Lives,” “The Ultimate Just Got Power,” “It Only Does Everything,” and “Move into the Action” are just a few of Sony’s well-known slogans.

Many exhibitions around the world showcase PlayStation’s upcoming products and games. Every year, PlayStation products are showcased at the Electronic Entertainment Expo, the world’s largest gathering of gamers. Such events allow Sony to showcase and advertise its products to a larger audience while also focusing on potential buyers, such as gamers. PlayStation is also widely advertised on television. As a result, the PlayStation marketing mix is now complete.

Gamers are a market segment for Sony PlayStation. Age, gender, and income are all taken into account when it comes to demographic segmentation. According to Sony, the North American market, the Japanese market, and the European market are the three main geographic segments of the PlayStation 4, which is the latest product in a long line of PlayStation products. Sony’s demographic segmentation divides the PS4 market into male and female, old and young players, and expands the company’s business into a broader entertainment mainstream.

Most first-person shooter games, for example, are rated M, which means that you must be 17 or older to purchase the game in a store. Other games are labelled E for everyone, T for teenagers, and E+10 for those over the age of ten. When new apps are added to the console, gender plays a role as well

Sony Playstation is aimed at men aged 17 to 40 years old. They target men who have recently left the state of being a gatekeeper and now have more freedom than children and teenagers. The most popular PS3 games are rated M, which means you must be at least 17 years old to play.

Sony has positioned the PlayStation 5 (newly released console) as the hardcore gamer’s console of choice. It is the next-generation console with high-quality graphics and an immersive gaming experience.

Sony has transformed some of London’s most iconic Underground stops into PlayStation symbols as part of their PlayStation 5 marketing campaign.

The PlayStation 5 has been a long time coming, and the build-up to its release has been thrilling. 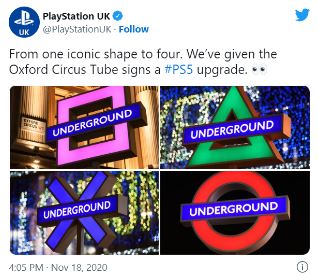 This year, Sony has broadened its marketing efforts in an attempt to reach out to people from all walks of life. Their collaboration with Travis Scott on a new pair of Cactus Jack x PlayStation Nike Dunks wasn’t exactly what PlayStation fans expected from the new console’s ad campaign, but it certainly generated a lot of buzzes. 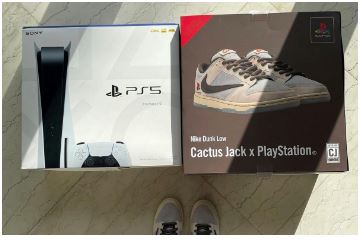 PlayStation, on the other hand, does not only post about its consoles; it also posts about games and special offers.  It helps that PlayStation has its own eCommerce platform, PlayStation Store, which allows the company to promote its own games and films instead of relying on third-party vendors.

Furthermore, because PlayStation does not segment its customers by product, customers can see what’s going on across the PlayStation system family and are aware of promotions across the board, which is a great way to increase sales. PlayStation encourages fans to participate in polls and surveys that lead to promotions and offers.

Let’s dig into some numbers now and see how many followers they have on each platform.

As we can see, they are most followed on Facebook, as a lot of older fans prefer using Facebook. 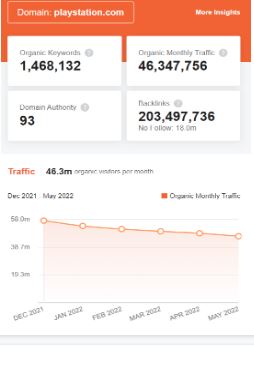 Playstation has a bounteous 1.5 million keywords on their page!! No wonder they are where they are now!

Even so, their monthly traffic is off the charts! They average about 46.3 million organic visitors per month.

The SEO strategy of Playstation is foolproof and solid as we can see they have one of the highest domain authorities that we’ve ever seen! Sony has clearly put in a lot of hours into ranking its site and has tapped into the crawlers algorithm.

Playstation, unlike the others, is able to get most of its influencer marketing done for free as there is a huge and dedicated community that talks about all the updates and the new products coming up. But they also do sign deals with very big content creators to further maximise their reach among their target market.

For example, Felix Kjellberg, also known as PewDiePie on the internet, currently has the most subscribers on YouTube. Kjellberg’s YouTube channel, which has over 81 million subscribers, is primarily dedicated to video game reviews. PlayStation decided that his birthday would be an excellent opportunity to promote its brand.

To celebrate, the company sent Felix a cake with a game controller hidden inside. As a result, PewDiePie made a video and tweeted about the cake’s contents. The video received 3.2 million views, and the Tweet received more than 30,000 likes. PlayStation received a great deal of press coverage for a small investment.

As a Sony product, PlayStation is marketed internationally. The brick-and-mortar Sony stores, which also act as customer service and repair facilities, are the main locations where its products are sold. These shops also carry additional Sony goods under the PlayStation brand. PlayStation can also be bought through online e-commerce sites. PlayStation products are sold on sites like Amazon, eBay, Flipkart, and others thanks to partnerships with the best e-commerce platforms.

However, there aren’t many differences between the discount selections offered by Sony stores and online retailers. As a result, customers typically prefer to buy PlayStations from Sony stores.  Sony products, especially PlayStations, are available in retail electronics stores as well. PlayStations are displayed on shelves in large retail chains like Reliance, Chroma, and Home Shop.

Sony created this subscription-based game streaming service so PS4 owners could play classic PS3 games without having to download them. Think of it as the Netflix of games. There are currently more than 450 games available on PlayStation Now, according to Sony. 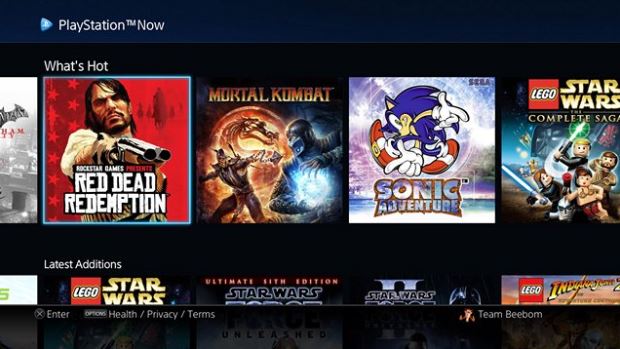 You will need to pay $19.99 per month, which is too expensive for many of us, in order to have access to all of them. There is only one simple way to do it, and that is through PlayStation Now. If you’re new to PlayStation and want to try out the blockbuster exclusive games that were offered on the previous console.

There is a 7-day free trial for PS Now that you can use wisely to help you decide whether it’s right for you. If you’re a die-hard gamer, this is the best PS4 app to invest your hard-earned cash in.

Having outstanding digital marketing skills can prove to be a boon for your company. With SEO-optimised strategies, you can easily target your audience and grab their attention towards your company. As we all know now when the digital revolution is taking place, it has become mandatory to have a digital presence! Having said that in order to grow your reach you will need at-par digital marketing skills.

If you like such in-depth analysis of companies just like the marketing strategy of Playstation check out our IIDE Knowledge portal for more fascinating case studies.