The main objective is to help you gain insights into the growth and marketing strategy of Tim which was initiated by a Canadian Hockey player, Tim Horton.

Marketing plays a vital role in a company’s revenue generation. Without a proper marketing strategy, a company’s efforts aren’t valued enough. Marketing is also following the digital realm as the world is shifting to digital platforms. If you are someone who is interested in digital marketing then you should definitely check out IIDE’s  Free MasterClass on Digital Marketing 101 by Karan Shah. He is the founder and CEO of IIDE.

The marketing strategy of Tim will be wholly explained in this blog. Before we begin with it, let us understand the company’s story, target audience, and digital presence. 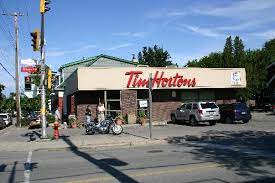 Tim Hortons, one of Canada’s most well-known restaurant franchises, is famous for its espresso and doughnuts. The bistro network, which began in Hamilton in the mid-nineteenth century, now has operations in 14 countries across the world. Tim Horton’s menu also includes a variety of breakfast options in addition to espresso.

Joyce’s ambitious expansion of the Tim Hortons business influenced the Canadian coffee and doughnut restaurant sector significantly. Many small doughnut stores and independent doughnut businesses were forced out of business, whilst still, Canada’s per-capita doughnut shop ratio topped that of all other nations.

Burger King stated in 2014 that they will merge with Tim Hortons Inc. It was hoped that the deal would allow Tim Hortons to tap into Burger King’s resources for international expansion. Later then, the two companies joined in 2015 under the umbrella of Restaurant Brands International, a Canadian holding corporation majority-owned by Brazilian investment firm 3G Capital.

Tim Hortons primarily targeted a group of people that includes business people and working adults, families, and students from the lower and middle classes. It also has marketed its brand toward families having young children.

Business people and working adults are apparently targeted because they can grab their snack or coffee on their way to the office or workplace as Tim Horton’s provides quick service and is conveniently located with many locations. For students, it is very convenient for them as it is located near their college and university campuses and is inexpensive. Another plus point is that Tim Hortons also offers WIFI so students or working adults can go there and get their work or homework done while also grabbing a coffee or lunch. 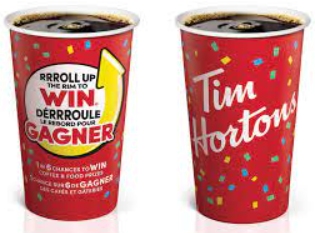 Roll up the rim is a campaign started by Tim Hortons where customers are supposed to roll the rim of their coffee after they have finished it to see what prize they have got. It takes place annually every February and prizes like TVs, gadgets, and vehicles are given to the customers.

This campaign helped gain a lot of sales for the brand. 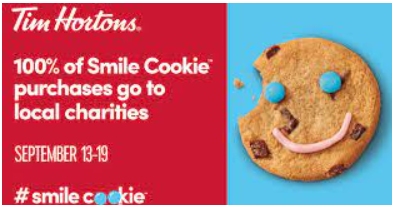 For over 25 years, Tim Hortons has been spreading smiles along with guests around North America. This campaign was started to help raise funds for Hamilton’s children’s hospital based in Ontario. When a customer buys a cookie 100% of the purchases are given to support the poor. This was another successful campaign that was started by Tim Hortons. 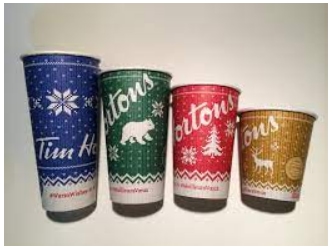 Annually, Tim Hortons releases holiday cups during the holidays with a unique marketing strategy. In the year 2014, the holiday cups were accompanied by a new social media campaign. The brand had launched a hashtag #WarmWishes where people were supposed to post pictures along with their holiday cup doing a good deed. For every single post using the hashtag, Tim Hortons promised to donate a token to a child in need through its children’s foundation. Tim Hortons aimed to encourage the people of Canada to do good for others and spread some warmth during the holiday season and was successful in it.

It is followed more on Instagram with over 450 K followers on it. Content posted is fun and entertaining which causes engagement along with branding its products and new launches. 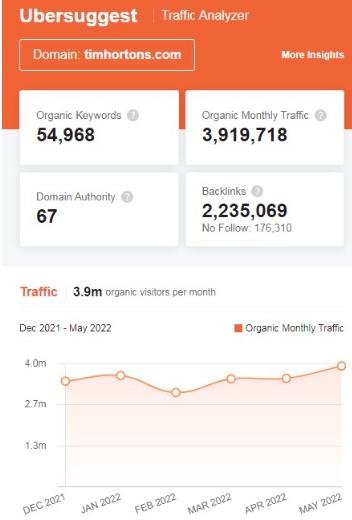 The organic monthly traffic is around 3.9M which is amazing. This indicates that Tim Hortons has a well-improved SEO strategy.

Tim Hortons collaborated with a famous singer named Justin Bieber and launched a coffee in the name of the actor. Biebs brew is the coffee launched along with Timbits which are bite-sized doughnuts. Justin Bieber has a huge fan following across the world. Tim Hortons’ collaboration with Justin Bieber made its products promoted on a global level and also caused a huge profit for the company.

Tim Hortons has its website from where they sell their products along with many amazing offers. Being a fast food chain they don’t serve their customers through other e-commerce platforms like amazon, Flipkart etc. 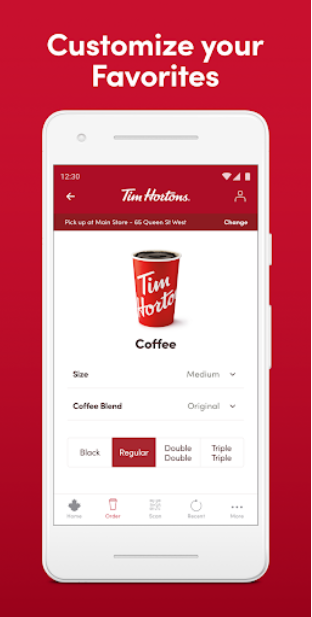 As every Marketing is taking place digitally, Tim Hortons is also growing its brand through digital marketing. It is active on Instagram and Facebook and posts content through both apps only.

From this blog, we understood the different marketing strategies of Tim Hortons which is helping the brand gain love and support from everyone all over the world. Fast food is leading and growing in almost every country.

Coffee has been consumed since early times and is enjoyed by everyone regardless of their age. Tim Hortons products are liked by everyone but what causes the brand to be successful? A good marketing strategy is a key to its success. Without proper marketing, any brand cannot sell its products regardless of how helpful they may be.

If you like such in-depth analysis of companies just like the marketing strategy of Tim check out our IIDE Knowledge portal for more fascinating case studies.