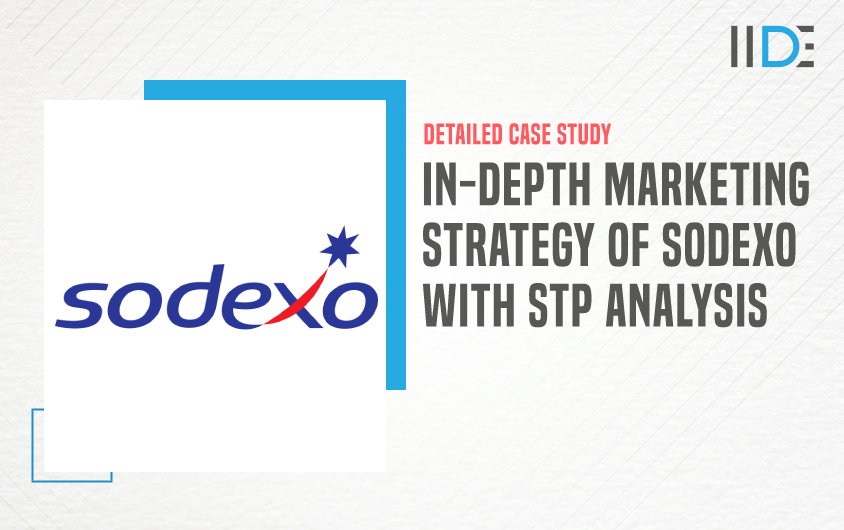 In our previous article, we briefly discussed the SWOT analysis of Sodexo. Similarly, in this article, we are going to learn in detail about the marketing strategy of Sodexo. Sodexo has been one of the dominant companies in the field of food services & facilities.

We will also help you gain insights into how it has gone to become one of the gigantic companies in the sector of food services and facilities management.

Today, Sodexo is one of the recognized and respected brands in food and facilities management in India and throughout the world. And when you look at the stock price of Sodexo (1991-2020), it has risen by 867.87% as shown in the chart below. So, Sodexo has made multiple strategies to transition itself from a simple food and service company to what it is today over time.

Marketing has and always will be one of the crucial things when it comes to the growth of a company. It is directly related to business growth. As many users are going digital, it is also essential for your business to go digital and market digitally. So, if you are interested in growing your business with digital marketing, you must not miss out on IIDE’s Free MasterClass on Digital Marketing 101 by our CEO and Founder, Karan Shah.

We will definitely discuss in brief the case study on the marketing strategy of Sodexo. But first, let’s watch out for the company’s story, about them, its target audience, and its digital presence. 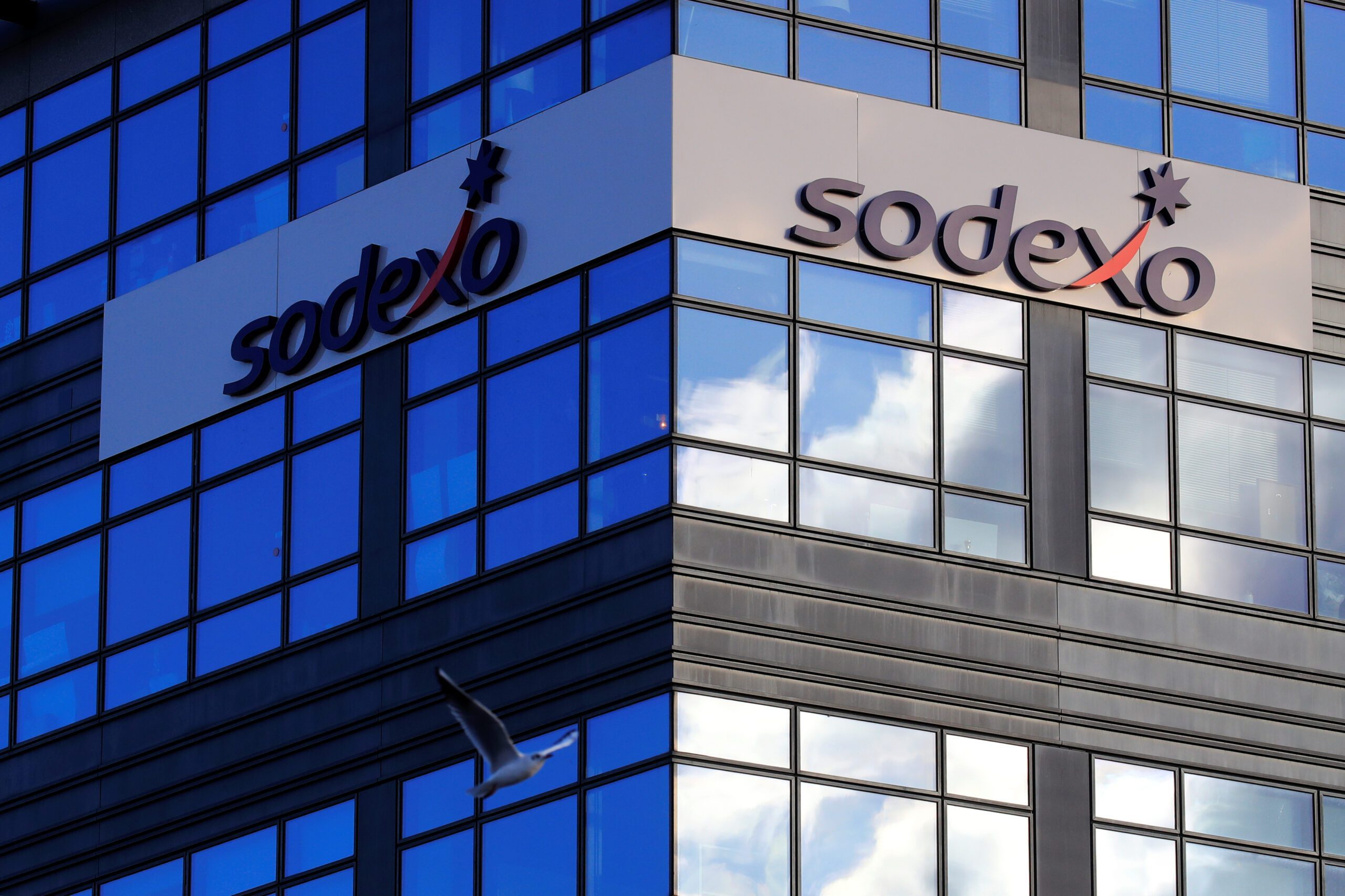 Sodexo group is a French multinational corporation based in Marseilles, France. Sodexo’s journey started in 1966 in Marseilles, France by Pierre Bellon who initially served food services in many different locations such as companies, restaurants, schools, prisons and hospitals under the name Hotel Services Corporation. In 1997 the company changed its name from Hotel services Corporations to Sodexo.

Today, Sodexo is the largest private-sector French employer of food services and facility management in the world with more than 412,000 employees on 29,000 sites in 80 countries including North America, South America, Japan, South Africa, India and Russia.

Segmentation: Every company needs to segment its audience. Sodexo has segmented its audience into different sections which are mainly food services and facilities management.

Targeting: Being a food-based subsidiary, its purpose is to deliver quality seafood products to the world hence making a health-conscious audience its target customers.

Positioning: They operate with a coherent supply chain and are considered a reputed international firm with good positioning in the market.

The #SoloWithSodexo was one of the most renowned global marketing campaigns of the company that influenced the user to go all-out with the hashtag #SoloWithSodexo throughout their social media platforms. The hashtag was used by people who successfully made the payments like meals, fuel, electricity, etc. using Sodexo’s multi-benefit pass card at Sodexo-affiliated merchant outlets. 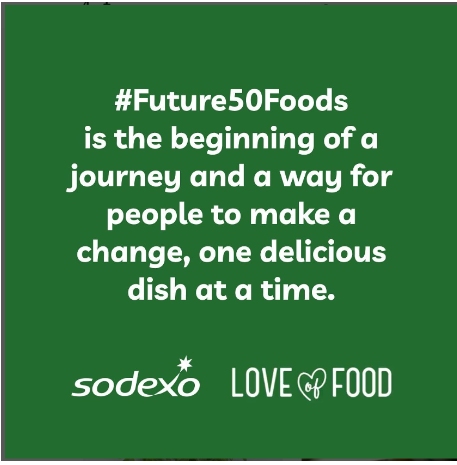 The #Future50Foods campaign is a social media hashtag campaign in which they enlisted multiple healthy food recipes to have in your healthy meal. It was an interactive campaign that also engaged and participated the audience by promoting the hashtag #Future50Foods

The video embedded above is a video advertisement for their brand. It was the marketing video describing their brand and was promoted throughout all the other social media platforms and TVC Ads as well.

Sodexo is an internationally recognized brand and has multiple social media pages throughout the various digital platforms. These pages vary with the countries and the type of service offered. Still, here are the links and number of followers of their official social media handle according to their official website.

This shows that the company has a fine social media presence. Talking about the numbers, the professional social media platform LinkedIn is where they are most followed and active. They post all types of content: informational, promotional, and product launches throughout their social media. 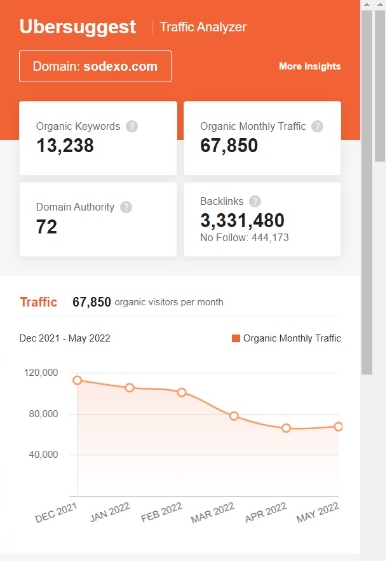 The picture above shows the traffic and SEO ranking for the domain of Sodexo i.e. sodexo.com. And talking about the figures, the number of keywords below 500 is bad, above 1000 is good, and 10,000+ is amazing. And traffic on the website above 20000 visits a month is considered good.

In the case of Sodexo, the number of organic keywords is 13,238 which falls under the category of amazing. Similarly, the monthly organic traffic is 67,850, which also is amazing. But looking at the traffic chart of the month, the graphic seems to be slightly down which means that they even had more traffic at the beginning of the month.

Overall, we can say that Sodexo is fueled with good and effective SEO strategies.

Talking about Sodexo, Influencer marketing has played a great role in the digital presence growth of the company. The influencer marketing of this company is unique and creative. This marketing is also associated with the #SoloWithSodexo hashtag campaign where they made every content creator who used the hashtag the influencer for the brand.

So, anyone who used the hashtag after using Sodexo’s multi-benefit pass card to make payments like meals, fuel, electricity, etc. at Sodexo-affiliated merchant outlets was an influencer.

Talking about the e-commerce strategies of Sodexo, the company does have an online selling portal with a different website, Sodexo Merchant. It is an e-commerce web platform where Sodexo sells its vouchers called ‘Sodexo Voucher’. Sodexo voucher is also one of the strategies of coupons that you can buy from their e-commerce platform. And the voucher is a redeemable coupon in only the authorized outlets with an exchange.

Also, the organic traffic of the merchant site is typically over 15,000 per month which also shows that the e-commerce website also has a good SEO strategy. 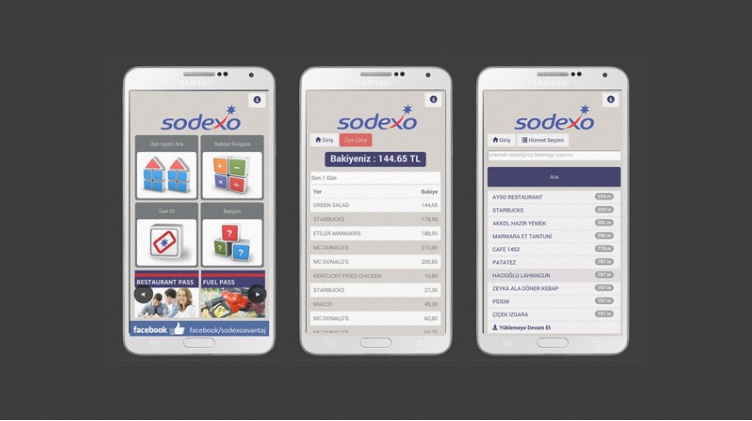 Sodexo also has a mobile application under the name ‘Sodexo Dla Ciebie’. It is a financial app specifically for Poland users that offers card management services. And with over 100,000 downloads, we can say that the mobile application is quite a famous one in the country.

Sodexo is very active on social media platforms and its websites. Depending on the country, there are various social media pages for the company. Example: Sodexo USA Careers is a Facebook page offering employment opportunities specifically for the people residing in the USA.

Similarly, the official social media pages and other-oriented pages provide various information about the brand in multiple ways through blogs and social media posts. The audiences are also well updated on their new product launch through various social media platforms. Also, the press release about their product launch and what they are doing is done via multiple platforms. Like GlobeNewsWire, Yumpu, Calaméo, 3BL Media, etc.

Growing a firm internationally is not an easy job but the company Sodexo has made it look easier. They have worked on their refined marketing strategy so that they are in the position they are at present. From back in 1966 when they first started, multiple growth strategies were made. Today Sodexo is regarded as the second-largest employer out of all French multinational corporations.

And, the company is also listed on the Fortune Global 500 list. With the fine presence of the company on social media platforms and search engines, they have renowned themselves as one of the finest companies with a digital presence online. And that is the best aspect of Sodexo.

If you like such in-depth analysis of companies just like the marketing strategy of Sodexo check out our IIDE Knowledge portal for more fascinating case studies.