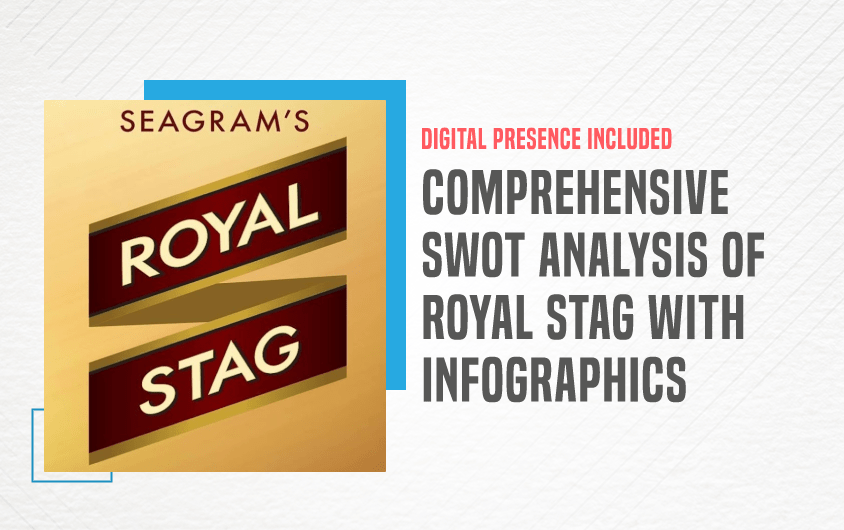 After exploring the Royal Stag’s royal advertising campaign last time, we are back with an in-depth and elaborated SWOT Analysis of Royal Stag.

Seagram’s Royal Stag is regarded as one of the world’s most popular Indian alcohol brands. It’s really popular among the upper-middle class aged 25-40 years. It is Pernod Richard’s best-selling brand by volume. Royal Stag mixture of grain spirits and imported Scotch malts.

Hearing the words “Royal Stag” a slogan might pop up in your head, right?” It’s your life, make it large”, in a nation full of cricket enthusiasts and Bollywood lovers Royal Stag’s surrogate marketing techniques have truly been a benchmark.

Before we dive into the SWOT Analysis of Royal Stag, let’s take a look at the company, its history, finances, products, and opponents. 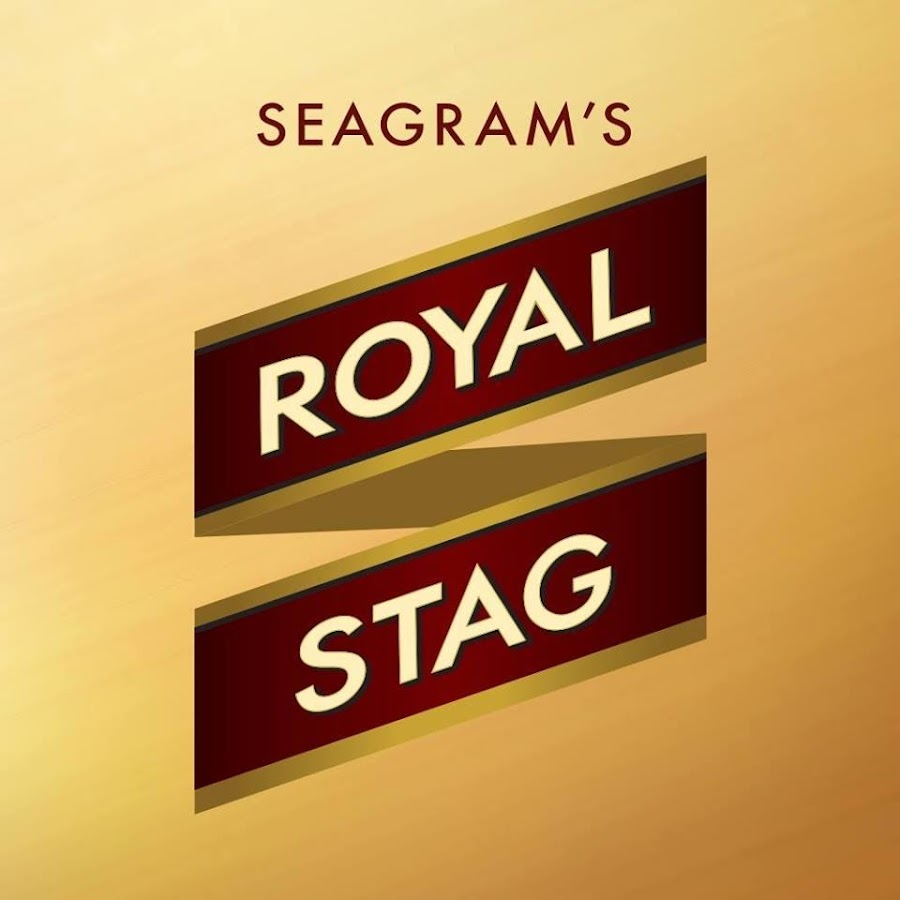 Seagram’s royal stag was launched in 1995. The brand redefined the spirits space by not using molasses but choosing instead to engineer grain spirit blended with Scotch malts. It is named after a deer species known for huge antlers. It is the first whisky brand launched in India which did not use any artificial flavour.

Pernod Richard and Diageo in December 2000 bought Royal Stag from its parent organization Seagram. Seagram’s business was later split up by the companies by the framework announced earlier. Royal Stag competes in the Deluxe segment of the Indian whiskey market. It is priced in a way to target the upper-middle class aged 25-40 years. It faces fierce competition from a host of other products. Here are the top 5 competitors from whom Royal Stag face intense competition.

After understanding the core of the company, let us now proceed to the SWOT analysis of Royal Stag.

The main function of a thorough SWOT analysis of Royal Stag is to determine a company’s strengths, weaknesses, opportunities, and threats. It Is a tried-and-true management paradigm that permits Royal Stag to match the business and performance to competitors and therefore the industry as an entire.

A SWOT Analysis is a very popular tool among modern-day managers, competent managers regularly employ this ”management boon” to analyze their company’s current position and to find out what more the company could do to perform and function better in the market.

To better understand the SWOT analysis of Royal Stag, refer to the infographic below: 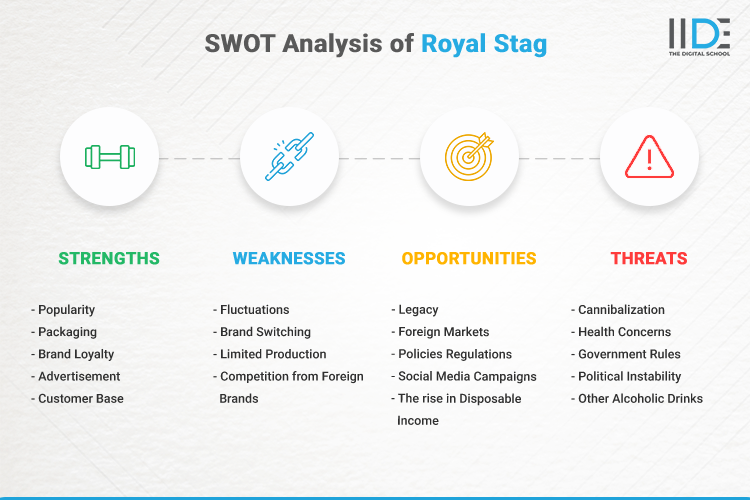 The strengths of an organization are the unique attributes that give it an edge in capturing more market share, maximizing profit, attracting more customers while also establishing a strong foot in the market. Following are Royal Stag’s strengths:

A Must Visit: If you are someone who is 25 years old or over, then you must visit the Instagram profile of Royal Stag to see how creatively the advertising films, creatives are constantly promoted on the brand’s social media. If you want to learn ad designing & social media marketing techniques then IIDE offers several short term courses in digital marketing for the same. Do visit to learn more about it.

These are the places where an organization has to improve. Royal stag major flaws are:

These are the potential areas of focus for an organization. This area helps the company to devise an action plan or to plan a sustainable growth strategy.

Some factors may hamper the growth of Royal stag in the future. Threats for royal are:

This ends our comprehensive SWOT analysis of Royal Stag. Let us conclude our learning below.

Royal Stag is an established brand of Indian whiskey. In SWOT analysis of Royal Stag, we saw that the brand enjoys popularity among the youths, a loyal customer base, and thanks to its strong advertising & famous ambassadors make it always remains in the mind of potential customers.

However, it suffers from brand switching and limited production. Increasing competition from foreign as well as the new Indian manufacturers, Royal Stag is constantly stepping up its marketing strategies.

The new battleground for Royal stag is the internet where they must step up their social media campaigns. Digital marketing is a go-to skill that every individual should possess in this modern-age marketplace. Interested in upskilling and starting your digital marketing journey with a boost? Check out IIDE’s 3 Month Advanced Online Digital Marketing Course to give a head start to your career.

If you enjoy in-depth company research just like the SWOT analysis of Royal Stag, check out our IIDE Knowledge portal for more fascinating case studies.

Thank you for investing your valuable time to read this, and do share your thoughts on this case study of the SWOT analysis of Royal Stag in the comments section below.