To better understand the reasons for the company’s continuous growth, let’s look into the SWOT Analysis of Jet Airways, which is required for any company to survive and thrive in the market.

A SWOT analysis is used to assess a company’s strengths, weaknesses, opportunities, and threats. Its primary goal is to assist organizations in gaining a thorough understanding of all the factors that influence business decisions.

So, in this case study, we’ll learn about Jet Airways and the SWOT Analysis of Jet Airways. So, Let’s get started. 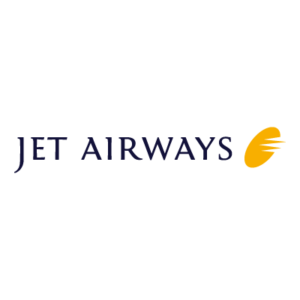 Jet Airways Ltd. is an Indian airline headquartered in Mumbai. It was established as a private company on April 1, 1992. It was founded by Naresh Goyal, a London-based businessman. On May 5, 1993, they began operations as an Air Taxi Operator with a fleet of four leased Boeing 737 aircraft.

Jet Airways was India’s first private airline to operate to foreign destinations. In India’s domestic market, it has a reasonably large market share (about 20%)

Now that we’ve covered the company’s fundamentals, let’s look at Jet Airways’ S.W.O.T analysis in the section below.

A SWOT analysis is a method of determining a company’s strengths, weaknesses, opportunities, and threats.

It’s a great tool for figuring out where the company excels and where it falls short, devising countermeasures, and figuring out how the company can grow. So let’s analyze Jet Airways’ SWOT analysis in the section below. 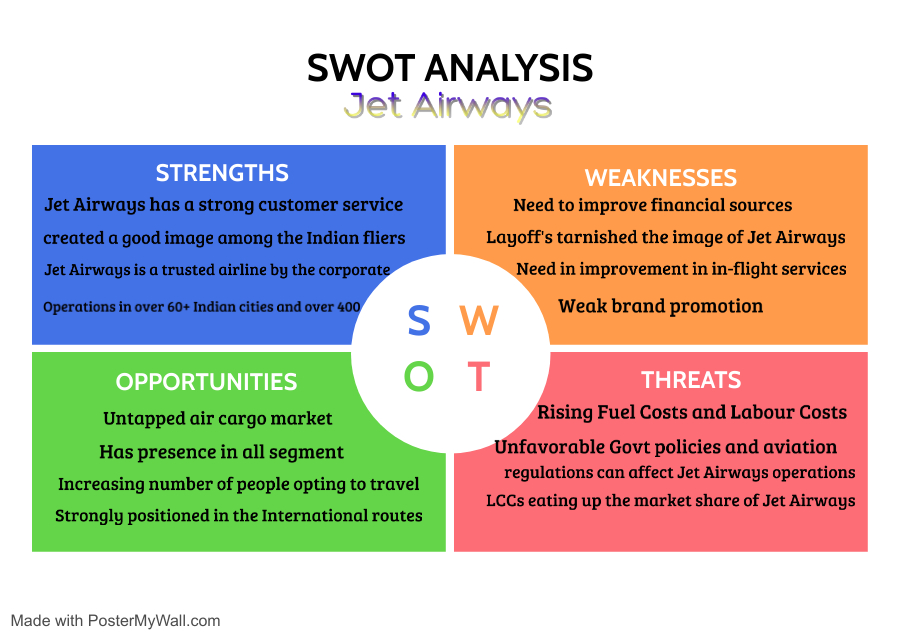 The distinct capabilities of an organization that gives it a competitive advantage in capturing more market share, attracting more customers, and maximizing profits are referred to as its strengths.

Weaknesses are aspects of a company or brand that need to be improved. So, let’s take a look at Jet Airways’ major weaknesses:

Opportunities are areas in which a firm might focus in order to improve outcomes, sales, and, eventually, profit. So, let’s see what kind of opportunities Jet Airways can pursue in order to achieve excellent results.

Environmental variables that can inhibit a company’s growth are known as threats. Some of Jet Airways’ threats are as follows:

Let’s wrap up the case study in the section below now that we’ve thoroughly examined Jet Airways’ SWOT Analysis.

As time passes, Jet Airways evolves in every possible domain of the aircraft industry, provided that the challenges and threats grow in accordance with the market opportunities. As a result, it must change its operational priorities in order to meet the expectations of both the high and low end of the demanding population.

The market division, thus dividing the aircraft industry into parts based on the mode of operation, has forced airliners like Jet Airways to do something renowned and distinct to stand out from the crowd.

The company’s SWOT analysis aided in the formulation of key recommendations, such as establishing a new vision and strategy and adhering to current performance indicators.

Please let us know what you think about this case study in the comments section below. Thank you for reading this, and if you enjoyed it, please share it with your friends and family.