As we all know that SpiceJet is India’s leading and the most favourite low-cost airline. In this case study, we will be discussing the Marketing Strategy of SpiceJet along with its marketing mix, swot analysis, etc.

So let us begin taking a deeper look into the company, by learning more about SpiceJet.

SpiceJet is an Indian low-cost airline, founded by Ajay Singh & Bhupendra S. Kansagra in 2004. Currently, headquartered in Gurgaon, India. Earlier, it was known as Royal Airway. The company has named all its aircraft with the name of Indian spice.

The company scaled up operations sustainably which is the key differentiating factor and that enables the organization to effectively manage growing passenger volumes and widening network.

Because of its operational excellence, the corporation has been able to maintain consistent on-time performance and a passenger load factor of more than 90% for the past 48 months.

The technology and people competencies are allowing industry-leading performances. So now that we have understood SpiceJet as a company, let’s understand the marketing mix of SpiceJet.

A marketing mix is a bunch of factors that a company uses to promote its products to the audience which ultimately influence customers to buy those products.  SpiceJet uses 4Ps (Products, Price, Promotion, Place) as a marketing mix.

Let’s have a look at SpiceJet’s marketing mix:

In terms of passengers carried, SpiceJet has been ranked fourth as the largest airline in India. SpiceJet has a total of 40 aircraft in its fleet which includes Boeing 737-900ER,  Boeing 737-800s and  Bombardier Q400.

Spice Jet services can be divided into 2 categories:

b. SpiceMax: SpiceMax premium services are provided to the passengers where they can gain extra benefits like baggage handling, seat with extra legroom, etc

Web check-in facility by SpiceJet helps passengers in avoiding long queues at the airport. Also, the travellers are provided with paid add on facilities like quality veg and non-veg meals, Spice Lounge facility, and many more.

SpiceJet faces tough competition from rival companies, so it has adopted a competitive pricing strategy to gain an advantage over its competitors. It offers a mix of both low-cost tickets and decent onboard facilities to its travellers.

SpiceJet brings various schemes and discount offers to attract more passengers. Also, it offers SpiceCash to its frequent travellers which act as a reward point that they can use for getting discounts. 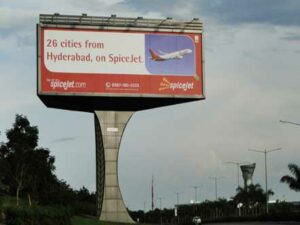 SpiceJet has a powerful presence in the airline industry due to its advertising and promotional activities. It has done a lot of campaigns.

The company has done advertisements through TV commercials, print ads in newspapers, etc. It also advertises via social media platforms and uses outdoor channels like banners at airports.

SpiceJet offers discounts on group bookings and special offers such as tickets at Rs 99 as a part of its promotional strategy. It promotes its add-on services like SpiceClub on its website and the mobile app.

The company has been promoting its brand by sponsorship for sports teams like Sunrisers Hyderabad in IPL 2014. It has received an award for the most reputed domestic private airline in the year 2016.

The airline operates 630 daily flights to its 64 destinations, including 54 Indian destinations and 15 international destinations from its hub. Passengers can book tickets online from SpiceJet’s website or any other booking website.

Now that we have understood the marketing mix of the company, let us look at the SWOT analysis of SpiceJet.

A SWOT analysis is a method that helps to define the Strengths, Weaknesses, Opportunities and Threats. So let’s discuss the SWOT analysis of Spicejet Airlines:

Its target audiences are the premium class of train travellers, business people and corporate employees. It aims to compete with Indian Railways’ AC passengers.

SpiceJet is attracting customers with its new logo & catchy slogans such as Red. Hot. Spicy & Flying For Everyone.

SpiceJet uses different outlets for ads, such as TV, print, online, hoardings, etc. The company also does promotions on social media platforms. It promotes schemes, programs, and discounts through social media as well as through outdoor advertisements like banners, newspapers, etc. 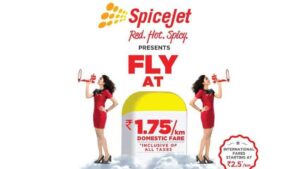 SpiceJet fulfils all the social responsibilities too. Even in this toughest situation of the COVID-19, the company is already flying the food, medicine and medical facilities across the country, daily.

SpiceJet has offered to lend a helping hand to all migrant workers who are stuck in Delhi and Mumbai.

Now that we have understood how the company implements its marketing strategy, let us now turn our attention to SpiceJet’s marketing campaigns. 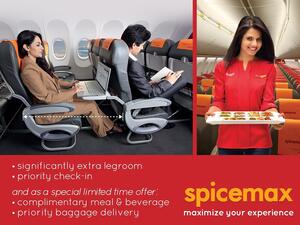 SpiceJet is one of the low-cost airlines to offer hot meals for sale onboard, the first airline to offer dedicated extra legroom seats in a specially configured cabin. There are two key differentiators which are Hot Meals and SpiceMax that promise customers tasty food, and extra legroom. 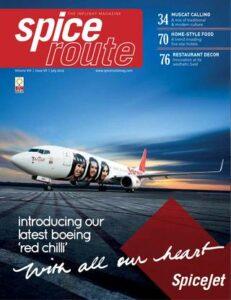 This campaign began in April with a show of support for Sunrisers Hyderabad (SRH), a cricket team in IPL  using the hashtag #withallourheart and ended on May 24th with the winners of the contests being revealed on Facebook.

From start to end, the campaign was documented on all of the airline’s social media accounts – Facebook, Twitter, and Youtube – all of which featured the hashtag #withallourheart. The firm devised a well-thought-out strategy.

The communication was timed to coincide with the T20 series and the cricket fervour that accompanied it. Towards the end of the campaign, they mentioned that they do everything #withallourheart, including delivering “hot meals, warm smiles.”

The company ran an advertisement that included prominent players from Sunrisers Hyderabad. Dale Steyn was the subject of one such contest, in which participants might win signed tees and other prizes from the players. Another one showed Shikhar Dhawan supporting Sunrisers Hyderabad in classic #OrangeArmy fashion.

Now let’s look at some of the social media accounts by SpiceJet which created a buzz among people.

SpiceJet keeps updating people with its active participation on social media. The company posts about its updated in-flight services, feedback, grievances and so on. 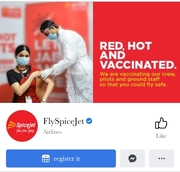 SpiceJet posts pictures quite actively on its Facebook handle. It posts regularly and especially during special events. Here, the picture talks about the photography day by tagging #NaturePhotographyDay 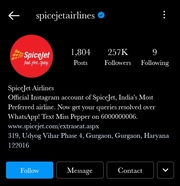 Here, SpiceJet helps its customers to resolve their issues through social media accounts as it does on its website. 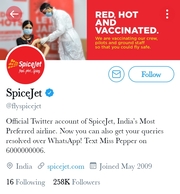 SpiceJet is especially known for its humanitarianism. Here, SpiceJet creates awareness about the pandemic to its audience and asks them to be vaccinated and to stay safe.

So these are some of the posts that show the dedication of  SpiceJet through social media accounts. Let’s see how SpiceJet tackles its competitors.

Competition is common in every sector. It helps the company improve on their weaknesses and grow larger as an organisation. Here, SpiceJet also has its competitors.

Here are some of the major competitors of SpiceJet:

Indigo is an Indian low-cost airline located in Gurugram, Haryana, India. It has its primary hub at Indira Gandhi International (IGI) Airport, Delhi. Indigo is known for catering good service to people with a punctuality which SpiceJet lacks a little. 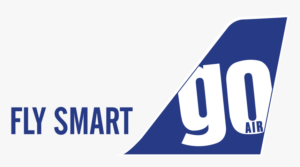 Go First was founded as Go Air. It is an Indian ultra-low-cost airline set up in Mumbai. It was the fifth largest airline in India with an 8.4% passenger market share in October 2017. Go Air’s lack of comfortable seats is one of its weaknesses.

Jet Airways India Ltd is an Indian International airline situated in Mumbai. It was also one of the largest airlines in India, with a 21.2% passenger market share in February 2016. Customers love this airline for its excellent service with good quality foods and comfortable seats.

Hence, this closes the competitors of SpiceJet. So let’s end this case study with a summary.

SpiceJet is India’s most preferred low-cost airline. As we have seen earlier, the social media campaigns run by the brand were a great success. It had its unique marketing strategies.

SpiceJet has received many awards and achieved great heights. But besides that in some areas, there is a need for improvements like airline punctuality, greeting at the airport, welcoming of passengers, seats and call centres.

So this is all about the marketing strategy of SpiceJet. Thank you so much for your time. If you liked our analysis of SpiceJet’s marketing strategy, be sure to check out the series of case studies on various other companies’ strategies on IIDE’s website.  Are you wondering how you can learn such skills, then you are in the right place, IIDE conducts free Digital Marketing MasterClasses every week. Here’s your chance to digitally upskill yourself.