A Sneak-Peek Into the Marketing Strategy of Parle 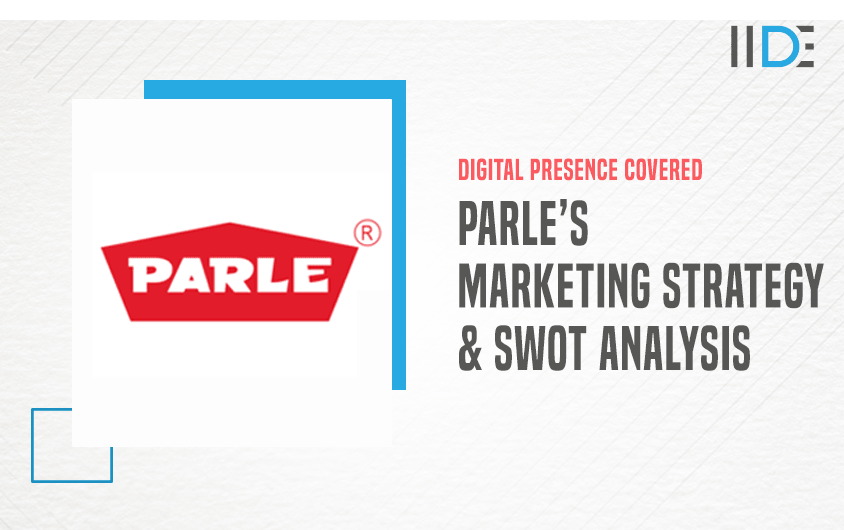 Parle Private Limited is an Indian food company that owns the famous biscuit brand Parle G. It is also known as the perfect tea companion for Indian families. The company is known for manufacturing biscuits with quality, nutrition, and superior taste. It has come a long way in the last 8 decades.

In his case study, we’ll go through the marketing mix, its marketing strategy and campaigns initiated by Parle, and its SWOT analysis. Let us begin the case study by learning more about Parle.

Parle is known as one of the largest selling biscuit brands in the world. The company was founded by the Chauhan family, headquartered in Mumbai, Maharashtra. They have a 150+ product range, 36 popular brands, and 21+ export destinations.

They are also known as one of the oldest brands in India. It is called a well-known brand following the success of its products like Parle-G biscuit and products under cold beverages. It manufactures products into various segments which makes them unique and successful.

While knowing the brand it’s of vital importance to know about the company’s marketing mix.

Marketing mix is a marketing model that helps us understand a company on pillars of 4Ps: Product, Price, Place and Promotion. We will take a deep dive into the marketing aspects of the company and analyze the business model of Parle by looking at its marketing mix.  They are as follows:

Parle has a wide variety of products to offer. It has categorized its offerings into Biscuits, Confectionery, Snacks and Premium Platina range. Through this, it offers niches in each category all at affordable prices. 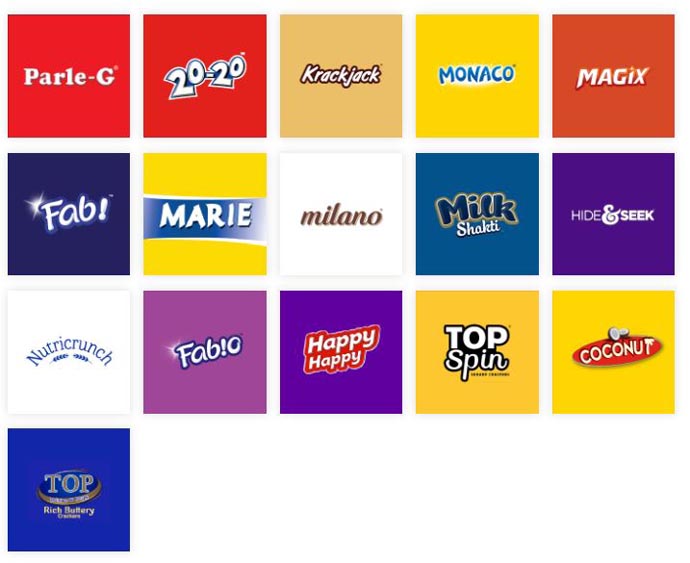 The company follows a low-cost strategy to lead the position in the market. It eventually helps them to fight with the competitors. The pricing strategy is the backbone of the company. Also, it has been able to manage the low cost due to the high volume of production. It focuses on quality which helps them to reach a huge audience as Parle G keeps its pricing slightly lower focusing on the volume strategy. The company has been maintaining its growth and earnings through bad and good times equally reason being its pricing strategy.

Therefore people keep Parle as their first choice over other brands due to its wide distribution and availability.

Parle brand uses all sources of promotion like Tv, newspaper, online ads, etc. They are also very active on tv advertisements especially when Parle G biscuit had introduced the promotions were made by using its mascot, Neerja Despande, the young girl on the Parle G products. 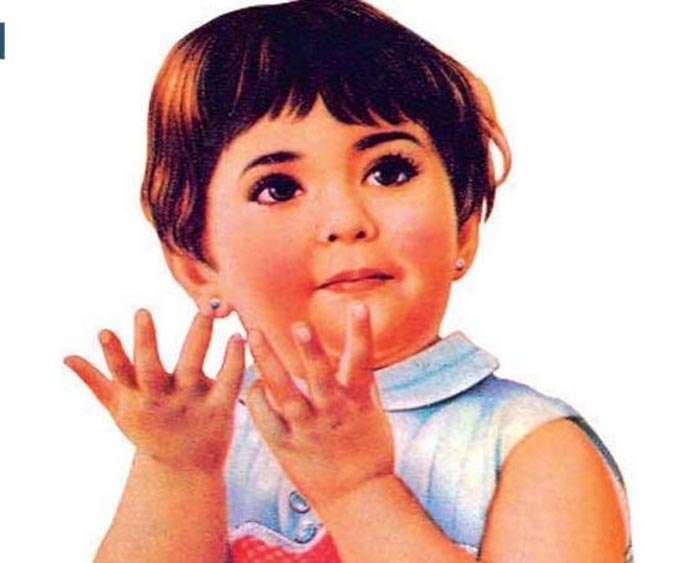 Parle has remained distinctive with its packaging that few of its products have been ingrained subconsciously just for its packaging which attracts consumer attention. The brand uses taglines such as ‘Bharat ka Apna Biscuit’ ‘Melody Itni Chocolaty Kyun Hai’ to excite the emotions of their customers. 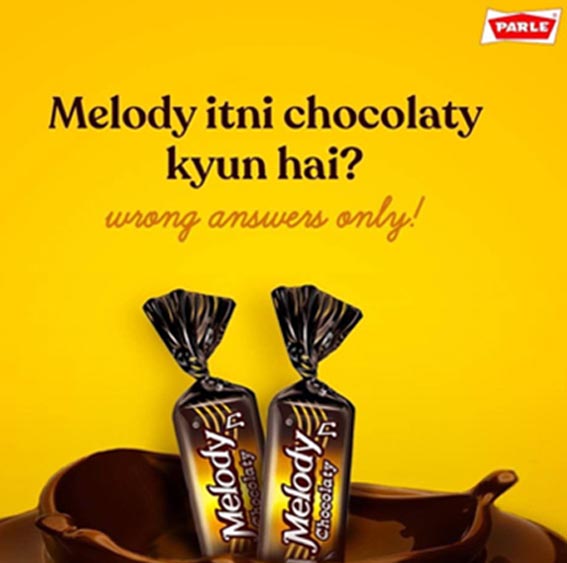 Parle uses various marketing strategies to promote and market itself. It does sponsorship activities, it uses brand ambassadors and a variety of advertising campaigns such as the use of celebrity speakers within their product’s packaging or in-store displays, use of in-store advertising flyers as well as social media advertisements, etc.

Parle has sponsored shows like Shaktimaan, Chotta Bheem and numerous others events across multiple channels. These shows and events bring in targeted audiences potentially interested in the brand.  Collaborations with Shaktimaan and Chootta Bheem have helped it connect with the children as its potential audience for its products. 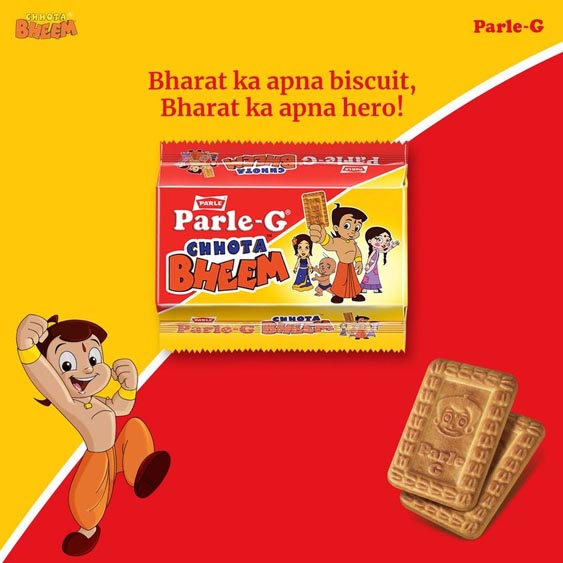 The objective of such interactions is to understand the audience, find common ground, and sponsor opportunities that fit together – all while building relationships that produce results.

Parle has signed many brand ambassadors over the years for its products. These include personalities mostly from Bollywood & related industries. These ambassadors have helped Parle spread its message across the globe. Each Parle brand ambassador is an individual with their own unique story to tell about a Parle product which has helped immensely in the growth of the respective brands.

It has currently signed Twinkle Khanna for the Milano brand, Amitabh Bachchan for Gold Star Cookies and Ahsaas Channa for Melody Chocolate. 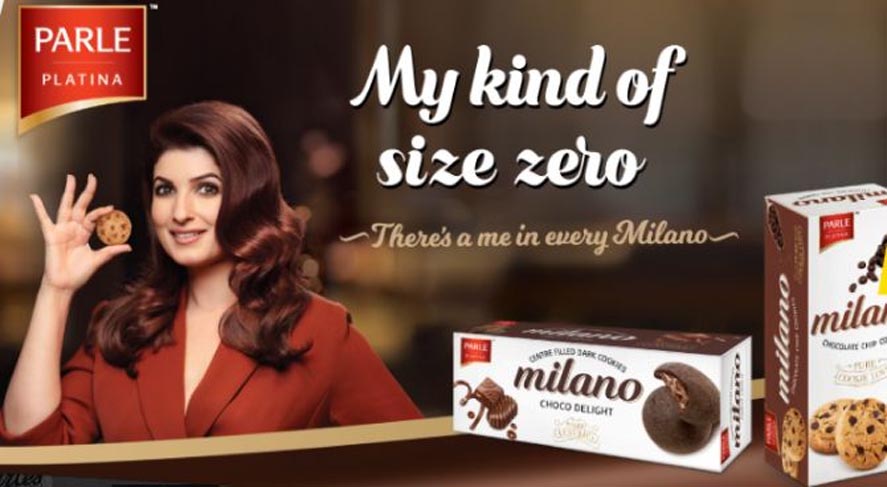 It has previously signed popular names such as Aamir Khan, Hritik Roshan to promote Monaco and Hide Seek biscuits respectively.

Marketing and Advertising Campaigns of Parle

Marketing Campaigns are the heart and soul of any business. They drive traffic, lead conversion rates, product awareness, acquisition and retention. They can be time-consuming and expensive but when done right, they can help a business grow as well as create a strong brand impression.

Here are some of the popular ad campaigns of Parle:

The main objective of this campaign is how the conversation can be made among the audience and creating awareness about finding happiness by helping others.

You Are My Parle G – A Marketing Campaign of Parle G

You are my Parle-G campaign about the relationship with the brand. There were various versions of this campaign. One of them was On mother’s day, Parle G tributes to mom resilience.

This campaign was launched during the Indian Premier League (IPL) 2018 season, of which Parle products was the associate sponsor.

Therefore, all the products of the company are promoted by innovative marketing campaigns to grab consumer attention. Parle outstands the tuff competition that it faces. Let’s understand its competitive background.

The major competitors of Parle are Britannia tiger, Horlicks biscuits, and local glucose biscuits.  The market in which Parle operates is overcrowded with a large number of competitors overtaking each other. It has a competitive advantage over other companies.

They have a strong legacy of more than 70 years which is helping in being competitively ahead of its competitors. It has also kept the pricing the same for its products for many years. Without compromising on the quality this helps them in emerging as the largest selling biscuits in the world.

Thus, to compete with their competitors the company has to be consistent in order to lead the market.

Let us now understand its social media presence in the coming section.

The digital presence of the company refers to how a company appears online which includes the content that you can control like your websites and social media platforms and things that you cannot control like online reviews from customers.

Previously Parle company used only televisions and newspapers as a source to promote their products and as it is necessary to follow the change the company has increased the amount to be spent on digital promotion to 15-20%. The company has dedicated pages on various social media platforms for Parle-G which is used to connect with young customers. Following are the social media handles of the company.

As a brand, the company wants to capture the audience therefore they are creating interesting and targeted content to promote their products through digital mediums.

These are the marketing strategies implemented by the Parle Company which helps them to achieve the company goals as marketing is important for the growth of the company and it can be concluded as follows.

This case study of Parle talks about how successful the brand is. The consumers have immense trust in the brand therefore it is one of the leading brands of India. Instead of selling the same old products, the brand should introduce new products and variants in the market. The company is mainly dependent on one goodwill revenue generated from the Parle-G biscuit. The popularity of Parle products has remained unchanged for many years.