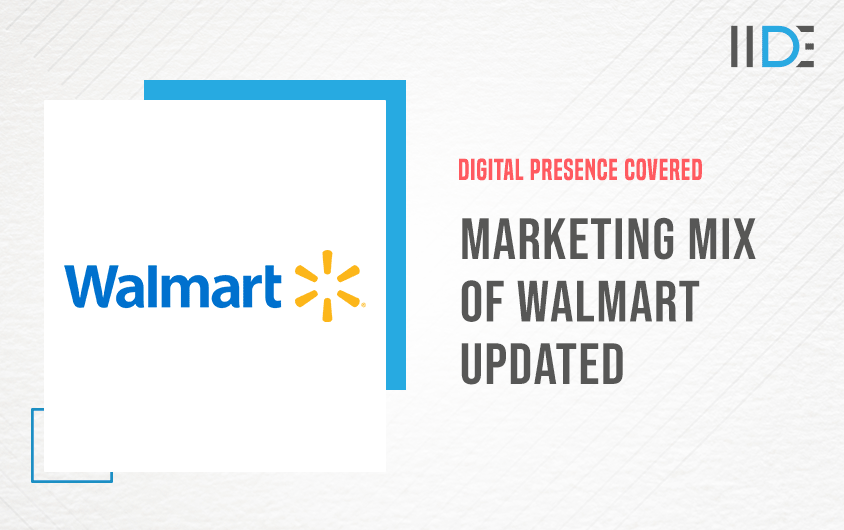 Walmart is an American-based retail corporation. It is known for its high-quality products at reasonable prices. Walmart is corporated as a family business and dominantly known for its tagline “Always Low Price”.

Marketing Mix is one of the tools in marketing strategies used to run a successful organization. In this case study, we will be learning about the 7Ps strategy and the marketing mix of Walmart.

Walmart is one of the most well-known multinational retailers. Sam Walton created the company in 1962, and it was incorporated in 1969. The Walton family owns and controls the firm, which is located in Bentonville, Arkansas. Walmart has over 11,500 retail locations in 28 countries and 11 e-commerce sites. Hypermarkets, discount stores, and department stores are all part of the retail corporation’s operations.

The brand maintains its highest position with its efficiency, strong logistics, and supply chain management. Walmart initially started as a physical retail outlet, and later moved to e-retail in 2000. The company is known for its consistently low prices and also utilizes a highly customer-centric approach.

According to the Fortune Global 500 list, the firm was declared as the largest company by revenue. It has plans of rooting its operations across the globe and continuing to become the biggest retailer.

Now that we have a basic understanding of what Walmart is. Let’s start discussing the main segment of this case study – The marketing Mix of Walmart below.

A marketing mix is a tool that contains a set of actions that a company uses to promote its brand or product in the market. The 4Ps make a traditional set of the marketing mix – Price, Product, Promotion, and Place. However, nowadays, the marketing mix increasingly includes several other Ps like People, Process, and Physical Evidence as mix elements.

Overall, we will be exploring the 7Ps marketing mix of Walmart to know about its distinctive and noteworthy techniques in popularizing its business in this competitive era. Let’s gander about it in the coming section. 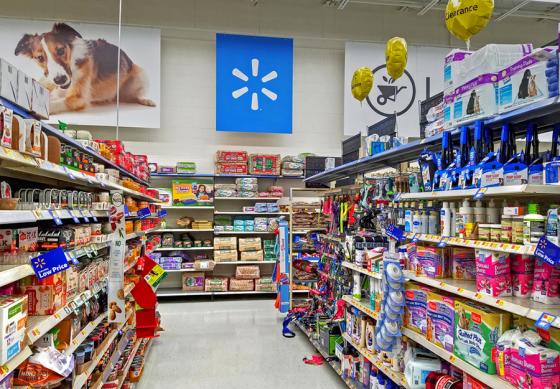 As an international retailer, Walmart carries any product or brand that a customer might encounter in his daily life. Movies, crafts, presents, college supplies, electrical items, home appliances, jewellery, toys, outdoor living, funeral, food, video games, and many other product categories are among the numerous available.

Walmart has a wide range of products and they can be brought either online, or offline which makes it feasible for the customers. Now let’s look into the pricing strategy of Walmart. 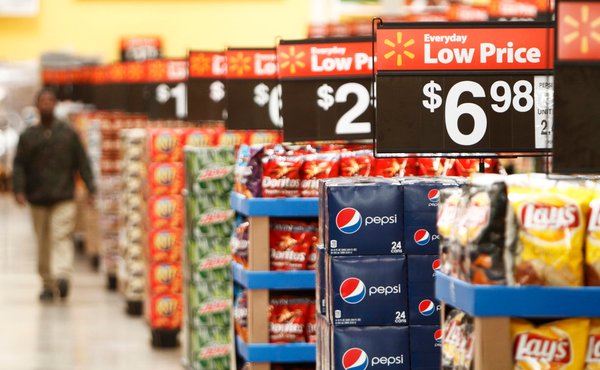 Walmart’s business strategy does not entail product manufacture; instead, it buys things in enormous numbers from all over the world to take advantage of economies of scale. As a result, Walmart may offer products at a 15% discount compared to other merchants. Walmart employs a variety of pricing techniques to capture the attention of customers and force them to purchase discount strategies.

The terms “Always cheap pricing” and “Everyday low prices” were invented by Sam Walton, and they refer to the fact that each product is offered at a different discount price depending on the time and demand of the hour. In comparison to other merchants, consumer electronics are offered at a relatively low price.

As its tagline says, Walmart provides the product at low and reasonable prices which is accessible to many people throughout the world. So, let’s quickly dive into the distribution strategy of Walmart. 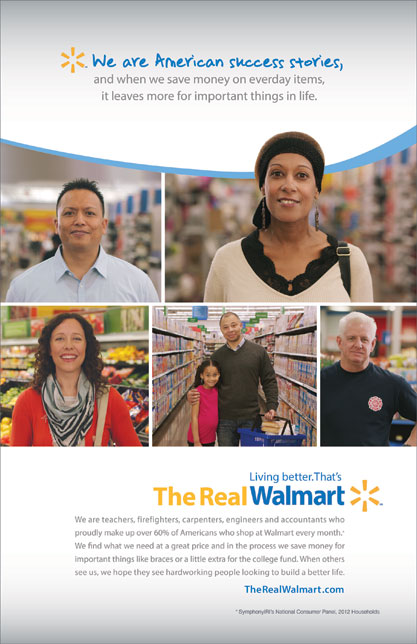 Walmart runs more than 10,020 retail locations in 28 countries under 60 different banners. It sells brick and mortar (conventional stores) as well as brick and click (e-commerce). Each Walmart store is more than a million square feet on average. Walmart’s retail activities are divided into the following categories:

Walmart has around 4600 US stores, 650 Sam’s Club stores, and 6200 international stores. Vendors who are retail store suppliers distribute directly to stores as part of the distribution strategy. The products are delivered to the stores in large quantities. Walmart has around 150 distribution centres that use cross-docking techniques.

Walmart employs the hub and spoke approach, in which commodities are ordered centrally and then distributed to individual stores. A fleet of 6,100 tractors, 61,000 trailers, and more than 7,800 drivers are used to convey the goods.

Now we’ve got the idea of how Walmart distributes its products all across the world. Let’s get into the section of marketing mix called promotional Strategy in the coming section.

Walmart has its in-store promotional activities, such as product bundling and pricing schemes, which include sales promos. Customers who place online gifts bring in a lot of money for Walmart’s online store. Walmart’s pricing techniques, such as “Everyday low prices” and “Value of the Day,” improve sales turnover.

Customers are enticed to the online store with appealing slogans such as “Grab it before it’s gone,” which encourages them to make a purchase decision as soon as possible before the bargains expire.

So, attractive slogans are one of the strategies used by Walmart. Now, let’s peek into the marketing mix of Walmart namely People.

Walmart is a multinational corporation that places a strong emphasis on its employees. Employees and staff are a valuable asset to Walmart because they are the ones that deal with all consumer inquiries in the stores. Walmart’s employees are well-trained and enthusiastic about serving their clients. Walmart employs about 2 million people worldwide, with around 1.5 million in the United States. Walmart attempts to clinch the deal.

Thus, Walmart has a quite large audience. Now let’s try to get into the marketing mix of Walmart called the process.

Walmart’s processes are incredibly efficient, allowing customers to buy with ease. Having readily available trolleys, systematic product arrangement and categorization, several payment stations, and various ways of payment are all part of the process. Walmart’s backend procedures, such as sourcing, warehousing, and distribution, serve as a model for the retail business.

Walmart’s physical presence may be found in over 11000 locations throughout the world. Every store has a variety of product categories, as well as effective product positioning. Walmart also has various offices around the world, which contributes to the brand’s worth.

Hence, this concludes the entire Walmart marketing mix.  Let’s wrap up the case study of Walmart with a conclusion.

Product and price strategies must be effective to generate demand and Walmart knows that. By default, It knows where to place its products and how to price them for its target market.

When intermediaries are eliminated, an efficient supply chain helps merchants to pass cost savings on to their customers. In today’s fast-paced world, having a digital presence is almost as important as having a physical presence. Walmart is using its social media handles effectively for branding and promotion.

Furthermore, the geographical dispersion of physical stores is a significant part of the marketing strategy and the fact that Walmart has around 10,500 stores located in 24 countries is enough to explain how strong its physical evidence strategy is.

Hope you enjoyed reading this blog. For more updates, visit IIDE’s website. Please share your thoughts in the comments section below.