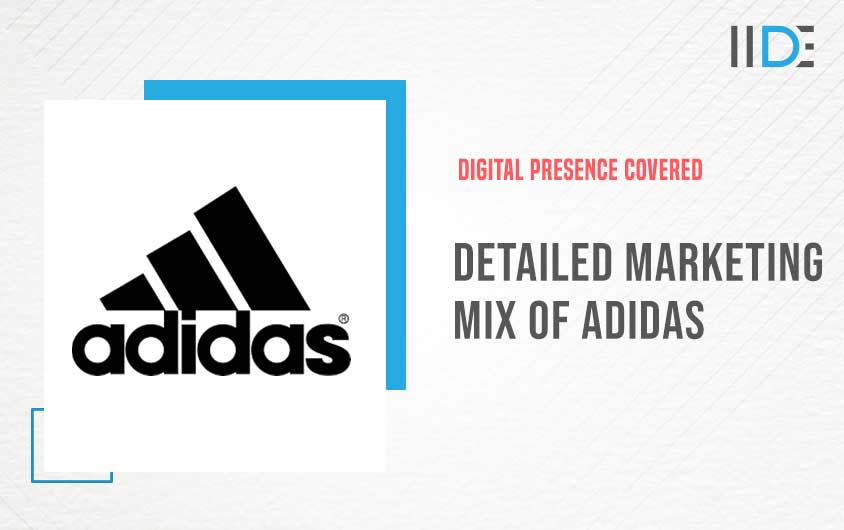 Adidas uses “Impossible is Nothing” as its tagline and has even proved it for itself. A prominent sportswear manufacturing company today, it came into the headlines and became world-famous in 1954 after the great victory of the German team in the World Cup, the “miracle of Berlin”. Adidas was also listed in Forbes’s most valuable companies list in 2020.

In this blog, we will learn the marketing mix of Adidas incorporating its 7P’s Adidas is a German Multinational corporation founded in 1959 by Adolf Dassler, headquartered in Herzogenaurach, Germany. It is one of the oldest footwear brands that is still considered a major style statement by youngsters worldwide. Even after facing intense competition from the traditionally competitive US sportswear market, Adidas through its creative and appealing marketing campaigns has managed to remain one of the leading brands in the world.

Having operations in over 100 different countries, Adidas is a large and multifaceted organization that employs 62000 people all over the world. Since its establishment, Adidas has opened its successful brand subsidiaries including Reebok, TaylorMade, and Runtastic.

Now that we have a brief about the company, let us dive straight into Adidas’ Marketing Mix

Marketing Mix refers to the foundation model of any business which is centred around mainly the 7Ps which are product, price, promotion, place & distribution, people, process and physical evidence. Companies lay out strategies and marketing techniques around these to reach out to their target audience to achieve their marketing objectives.

Let us understand the following 7 Ps of Adidas-

Adidas has gained huge popularity by opening its subsidiaries including Reebok, Runtastic, TaylorMade, and Rockport. Though there are around 110 subsidiaries of Adidas Worldwide, the subsidiary that overtaken Adidas itself is Reebok footwear and apparel. Whereas Runtastic is a digital health and Fitness app, TaylorMade is centred on golfing clothes and Rockport offers outdoor footwear, apparel and accessories.

Though this company offers various products, its major product line is Footwear. Given that Adidas’ foundation was built on footwear itself, its footwear is still deemed the most robust and athletic in the market, followed by its apparel and accessories 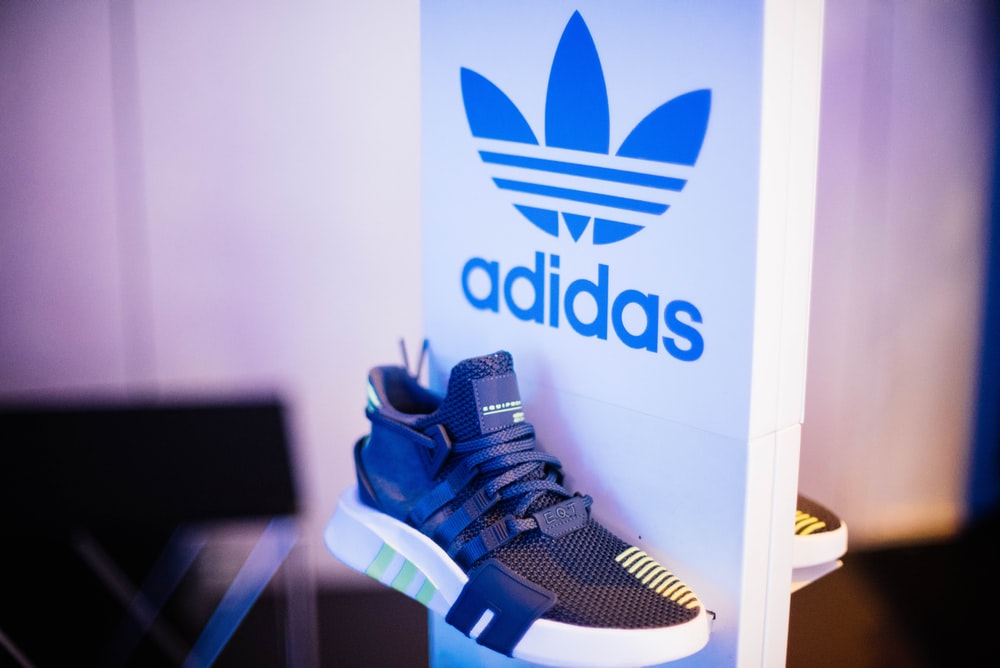 Under Skimming pricing, high prices are kept for newly launched products to maintain the exclusivity and gradually the prices are reduced with time until it reaches market average.

When it comes to Apparel, Adidas mostly uses a skimming price strategy because of its brand equity. Thus, the Target audience of Adidas includes the upper-middle class as well as high-end customers.

Matter of fact, the High-price strategy of Adidas makes it a luxury brand among people. Folks go for Adidas even when the prices are high because psychologically, they think that high prices mean high quality and confirmation of authenticity.

.Adidas has its production houses in around 55 countries and has 800 factories pinned across different continents. The major source through which its products are sold is Retail Stores i.e., Adidas outlets. It has more than 2800 retail outlets globally.

The second major way of distributing Adidas products is through multi-brand showrooms. The showrooms get the products from the distributor. These showrooms put on display the brands’ products. 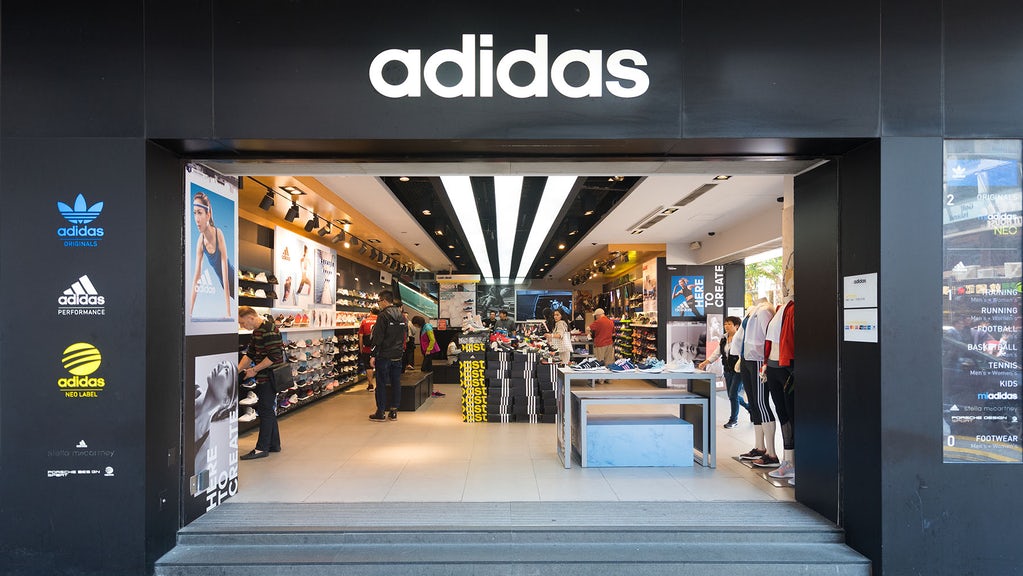 In today’s world, no major brand is complete without an Online Store. Thus, Adidas has an online website too and some of the products like apparel are sold through various famous fashion stores like Myntra and Amazon too.

It is a well-known fact that the TV ads of Adidas are Adrenaline pumping. Knowing that Adidas’ strength is derived from sports, their ads are robust and passionate. The major source of promotion for Adidas is marketing through television.

Another major promotion method of Adidas is product placement. Product placement means where references to brands are made by featuring them in other work like movies and television programs. The popularity of Adidas is also because of all its tie-ups with sports icons such as Lionel Messi and Ronaldinho. 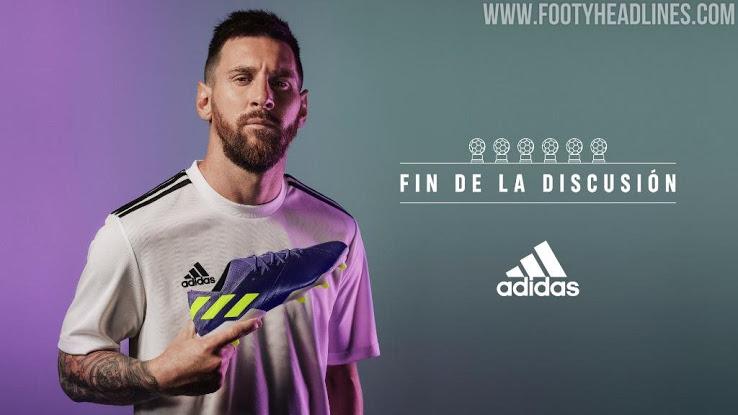 Along with tying up with major sports celebrities, Adidas also sponsors some popular sports teams such as Real Madrid and in football, Great Britain which helps the company in building its brand image.

Apart from this, Adidas has been known for its creative marketing campaign and event marketing. Social Media is another way through which this company keeps up with the folks across the world. There are millions of followers of Adidas on both Facebook and Instagram. The sports angle in their social media handle makes it more magnetic and appealing.

The most recent campaign by Adidas “Own the Game” was introduced in virtual investor and media day. The campaign is to strengthen and uplift the authenticity of the brand and proliferate the company’s activity in sustainability. This campaign has been created with the expectations of sales and profitability until 2025.

Adidas has an intensive process from ordering a product to delivering it. They have a system installed in retail stores wherein retailers can inform whenever the inventory is low, they do this to keep the stores full and products available. For the website, they have a computer-based system where the order is received and the relevant product is shipped to the delivery chain.

The company is also extensively involved in market research and customer feedback to understand consumer choices and problems, to bring changes accordingly.

Adidas has a website that is user-friendly and helps customers view their products in high-quality images. They also have a customer service department that helps consumers with all their issues.

For their retail stores, the company has separate specially designed shelves to make it easier to locate products. The products are also packed in different colourful packaging, again to make them unique and easily identifiable.

So, these were the 7P’s of Adidas, we can see how the company has used everything perfectly in their favour which has led to its strong brand identity. Let’s sum up the above marketing strategy of Adidas.

With the above-mentioned 7Ps, it can be concluded that the 71-year-old Adidas is still a robust and successful company out there. It has come up with some of the most creative campaigns and its creative team has never failed to boost the confidence of sports lovers and youngsters in the company worldwide. Adidas has maintained its authenticity and credibility by always catering to its target market by providing quality products. Their thousands of outlets all over the world have made the brand easily accessible. With their signature branding, Adidas has created for itself a distinguished position in the market.

Found the blog interesting? If you want to learn further about Digital Marketing, do check out our 45 minutes Free Digital Marketing Masterclass by Karan Shah, the founder and the CEO of IIDE.

Thank you for reading this case study.