The Comprehensive Marketing Mix of Puma with Complete Company Overview Puma is a German multinational company that manufactures different kinds of shoe accessories. It has its headquarter at Herzogenaurach, Germany. Puma is the world’s third-largest sportswear producer. 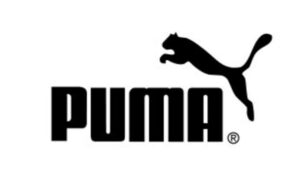 The brothers Rudolf and Adolf Dassler founded the company in their hometown Herzogenaurach, Germany. In 1967 Puma was given the world’s number one logo position. The company gained popularity in America and then grew its business worldwide. The brand then went public and listed itself on stock markets.

Puma is the world’s leading sports brand, designing, selling, and marketing footwear, apparel, and accessories in over 130 countries. It was founded in 1948 by Rudolf and Adolf Dassler (due to the breakup of the original firm into Puma and Adidas) and has since established itself as one of the fastest-growing and most innovative designers of performance and sports style products.

Its headquarters are in Germany, but it has developed its global reach over the last 67 years, employing more than 12000 diverse and devoted employees in 45 countries.

Now that we got the basic introduction to the company, let’s start exploring the 4Ps marketing mix of Puma.

The marketing mix means the company’s selling model, which includes the 4P’s namely product, place, price, and promotion. It is series of techniques to achieve the marketing goals of the company.

It helps the company to meet its objectives of marketing successfully and make the name of its brand. Let’s see the marketing mix of Puma in the coming section. 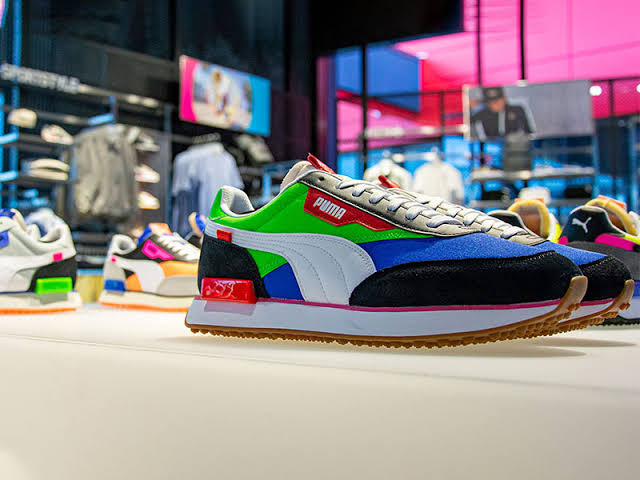 Puma has a wide range of footwear, accessories, and activewear. It is the main producer of driving and racing shoes. It is the sole producer of Formula1 and Nascar.

The company has established its image as reliable and good quality products. The brand’s major sales are due to its footwear collection. Football shoes are the attraction point of the portfolio.

The company has the following products-

Puma has collaborated with many big and giant designers like Rossi and Alexander McQueen. The company has a speciality in its product line by selling premium quality products at affordable prices. This gives the customers the feel of luxury on their budget.

The brand also has partnered with several other brands and has given them the license to use the Puma trademark. So let’s see how Puma manages with promotion strategy to increase its product portfolios.

The company’s major revenue in India is generated by cricket and sponsoring Ranji’s trophy. It also spends heavily on print media and billboards. The company also focuses on different games and sponsoring tournaments.

Digital marketing is one of the major marketing channels of the company. It includes channels like Puma’s official website, social media advertising, influencer marketing, fashion sites, and online advertisements.

This large network has helped the company a lot in establishing its brand online. So, now let’s take a look at the distribution strategy maintained by Puma. 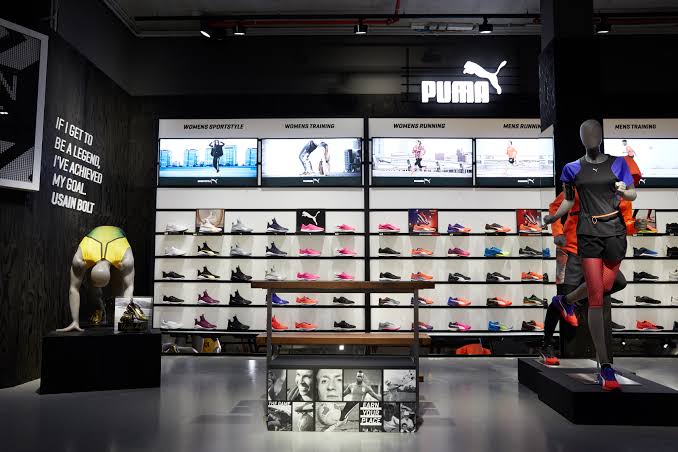 Puma shoes are sold at multi-brand shoe stores and the company’s exclusive stores in different locations of the country. Having a huge sales network and great resources the company is available almost in every major location.

Europe, EEMEA (Eastern Europe, Middle East, and Africa), North America, Latin America, and APAC are the five regions that sell the products widely. Wholesale, Puma-owned, and controlled retail stores and e-commerce sites are the three types of distribution methods used by the company.

The corporation also has an online presence which ultimately grows its customer base. The company is continuously working on retail expansion and opening new stores at different locations.

The company’s official website, as well as top e-commerce platforms, have become important channels for selling its items and accessories as e-commerce has grown.

The company does maintain a huge distribution network throughout the world. This makes the brand popular and helps it to achieve its target market. So, now let’s dive into the pricing strategy of Puma.

Two main factors affect pricing within the industry, it is known as the extent of demand and competition. Competition within the industry is extremely high and the corporation invests in product innovation also as marketing to take care of demand. Accordingly, the company set the costs of its products.

Puma’s pricing strategy is comparatively lower than its competitors. It offers premium-priced products also as an outsized range of products priced more affordably. This pricing strategy helps the company to sustain demand and drive sales higher.

The brand offers products at a lower cost than the industry’s two main brands, Nike and Adidas.  Puma has a premium pricing policy because it is a premium brand, hence it is more expensive than Bata and Action. It is a premium brand that delivers a quality product and that’s why the pricing is justified under the brand name.

The pricing of the company is affordable and gives customers a feel of a premium brand. The company has made its pricing quite accurate and relative.

With this, the company’s marketing mix strategy comes to an end. Let’s wrap up the case study with the findings below.

The company has established itself quite well by maintaining its price effective and premium. The firm serves well to customers and has a reliable image. The marketing strategies of the company are great and have worked accurately to rise the brand name.

Puma’s reputation can be increased with these unique, distinctive, and effective marketing mix strategies. Its variety of products and services can provide comfort to its customers.

Thank you for reading this case study and taking the time to do so. Please share your ideas in the section below. Hope you have learned something new about the company as well as about the marketing mix. Also, try IIDE’S Digital Marketing Masterclass for free to get insights into digital marketing.