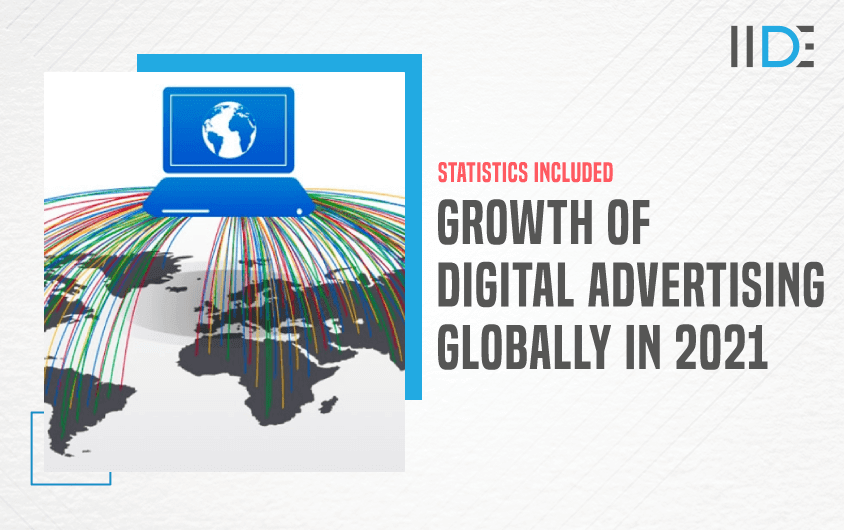 You must be aware that there has been tremendous growth in global digital advertising. Since 2011 across the globe, there have been dynamic shifts in the advertising business.

Due to multiple changes in the advertising industry, global digital advertising came into the limelight and gained popularity.

India has undoubtedly seen enhancements and amendments in the marketing field. However, Indian companies are yet to get equipped with the new global digital advertising trends and skills to compete on the global front.

Must Read: Latest digital marketing and advertising trends in 2021

Here, in this article on “Global Digital Advertising Spends & Growth,” we shall majorly discuss how companies based in the world have been dominating the global advertising business, how covid-19 impacts internet ad spending worldwide, and few factors impacting global digital advertising.

But before we start discussing the two tech giant companies, let’s see a few factors that impact the global digital advertising market.

So, without any further ado, let’s get started.

The growth of global digital advertising is affected by various factors, some of them are –

Now, let’s take a detailed look at the impact of covid-19 on global digital advertising.

From the past two years, the coronavirus has spread uncontrollably, and governments all over the world are still attempting to contain it by restricting public spaces, schools, and borders. And due to which it has become difficult for many businesses to advertise their products and services through various traditional methods of advertising.

As a result, all businesses and marketers must adapt their online marketing strategies to promote and advertise their products & services. Furthermore, due to the pandemic, businesses are projected to invest more in digital advertising, fueling market growth.

And according to Interactive Advertising Bureau (IAB), it is estimated to witness approximately a 24% decline in traditional TV advertising in the coming years. And there has also been a huge impact of digital advertising on numerous outdoor advertisements, especially billboards.

The use of billboards for advertising purposes by various brands has been substantially decreased by 30%. The reason being, due to the increase in digital advertising, everyone can now read and view the ads on their phones and other electronic gadgets, and hardly anyone notices billboards, posters, or other types of traditional advertising. As a result, the ad agencies that were dealing with billboard ads had to suffer a significant loss.

Now let’s move on to the two tech giant companies that have been dominating the global advertising business.

Well, you must have understood which two companies we are talking about.

It’s none other than Google and Facebook. Google is the most valued media owner followed by Facebook.

According to a report, these two companies captured 64% of all the growth in global digital advertising. You can observe clear dominance by Google and Facebook. Since the time, Google and Facebook launched their advertisement features, there has been a drastic change in the advertising field.

Facebook and Google Advertising have been prominent over these years. It has boosted the digital marketing industry and played a major role in promoting small and medium-sized businesses. And Alphabet, which is the holding company of Google is the largest media owner in the world.

Google offers various forms of advertising including search and YouTube. Search Engine Marketing and optimization has been a very famous term aligned with Google.

You would be astonished to know how much Google earns through the Global digital advertising business. The answer is US$ 147 billion in FY 2020.

Google earned US$ 147 billion in revenue in 2020. While Facebook earns around US$ 84.2 billion, it has a long way to chase Google in the global digital advertising business. It is obvious from the recent trends that, Global Digital advertising has overtaken television to become the world’s largest advertising medium in 2021.

To a surprise, Twitter has been the fastest growing media owner. Twitter was involved in controversies for not upgrading its advertisement business. Furthermore, the company also re-listed itself as a news-based company. Yet, Twitter managed to increase its ad revenues to 3,207.39 million US dollars in FY 2020.

The United States of America dominates the global digital advertising sector for multiple reasons. It has the largest ad market in the world. Media companies from the United States have invested the most in extending their reach abroad. Also, Silicon Valley innovation has powered the growth of internet advertising.

And also one of the China-based media houses Baidu is very famous in the homeland of China. Chinese media owners and Chinese tech giants have been working hard on their toes to promote Chinese items in their own country.

Hence, the US media houses face competition in China. However, the US-based digital platforms are popular in various other parts of the world. According to a report, Google and Facebook have collectively generated 35% of the world’s advertising revenue in the Financial Year 2020. 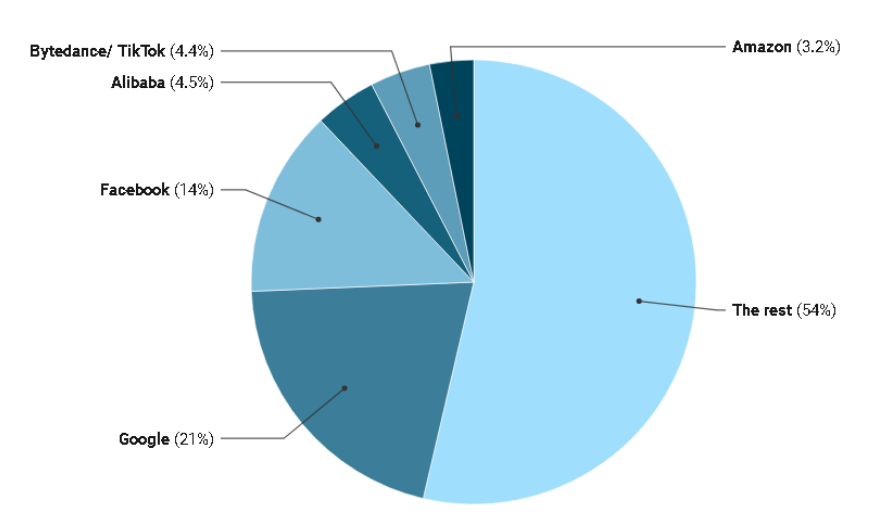 According to the graph above, it is pretty evident that Google and Facebook had the largest share in the digital ad revenue generated in comparison to others. Thus, global digital advertising has grown tremendously in the last 2-3 years and is projected to show some even better results by 2025.

Q. What is Global Digital Marketing?

Global Digital Marketing, which is also known as E-Marketing, is the use of a wide range of information technology to promote a product or service in the global market and reach your potential global audience.

Q. How big is the digital advertising market?

Q. What are the different types of digital advertising?

Q. How much is spent on digital advertising globally?

Despite the economic impact of the covid-19 pandemic, the estimated global digital advertising spending was 378.16 billion US dollars in 2020, more than the figure in 2019.

You read a lot about media owners and the revenue they generate. The most noteworthy learning from this article is to know – how huge Google and Facebook are.

Not only Google and Facebook, but plenty of other businesses have begun to invest in digital marketing and advertising. Digital marketing has become more of a necessity than an option as a result of the rising demand.

All those companies have realised the benefits of digital marketing and how it will help them to grow their business.

And now is your turn to transform your business digitally and expand your business globally. Our detailed blog on digital transformation for business will help you out in this.

We hope this blog was informative and you enjoyed reading the blog. Let us know your thoughts in the comments section below. We would love to hear from you.