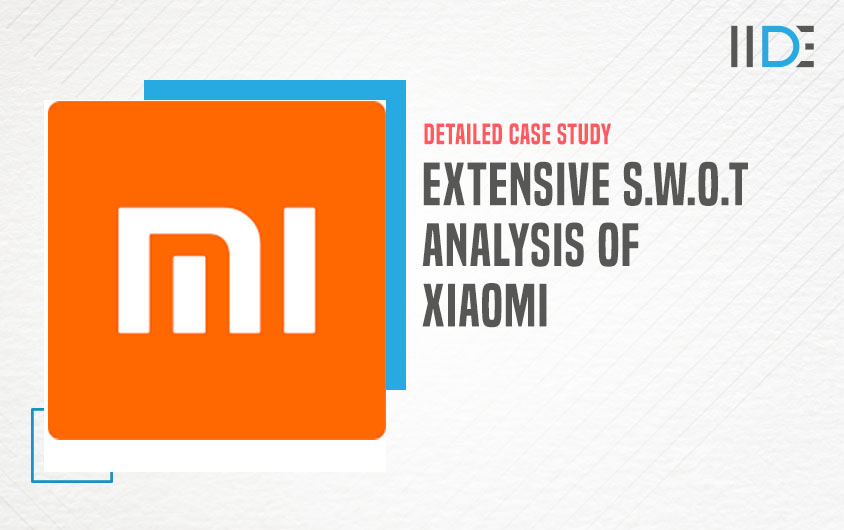 Xiaomi is one of the world’s largest technology businesses. The company is ranked fourth among electronic manufacturing behemoths such as Apple, Google, and Microsoft.

In this blog, we will be discussing Xiaomi’s unique style of handling things when it comes to a threat and its massive strengths. In other words, we will be learning about the SWOT analysis of Xiaomi.

Let’s get started with a quick overview of Xiaomi. 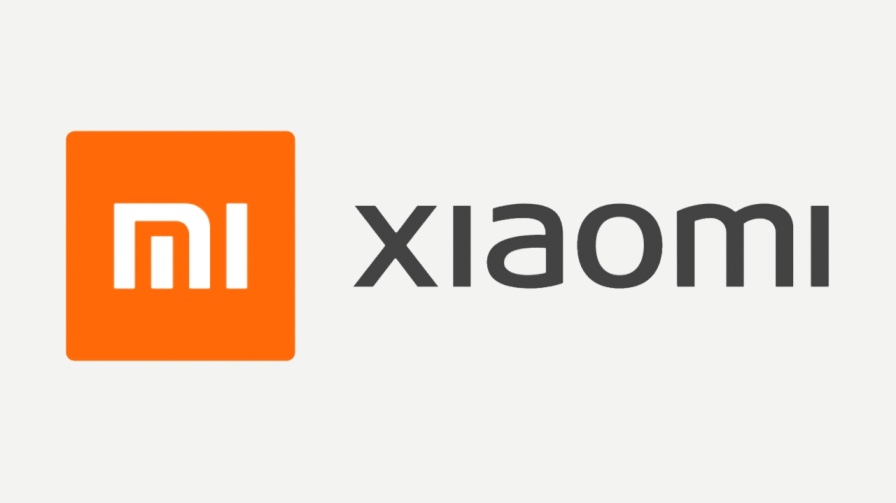 Xiaomi Corporation, often known as Xiaomi Inc. throughout Asia, is a Chinese multinational electronics firm located in Beijing that was created in April 2010. The company manufactures and invests in a wide range of products, including smartphones, mobile apps, laptops, home appliances, purses, shoes, consumer electronics, and more.

Its Mi and Redmi smartphone lines are well-known and well-suited to the market. Xiaomi’s SWOT analysis is presented below.

SWOT analysis is the foundation for assessing internal potential and limitations, as well as external opportunities and threats. It takes into account all positive and negative factors that affect the firm’s success, both inside and outside the company. A regular study of the environment in which the organization operates aids in the prediction of shifting trends as well as its inclusion in decision-making.

Below is a summary of the four variables – Strengths, Weaknesses, Opportunities, and Threats.

Strengths are the characteristics that enable us to carry out the mission of the company. These are the foundations for achieving and maintaining long-term success. Xiaomi is known for its manufacturing with high quality. Let’s take a look at it.

The phones are of excellent quality, even at such low rates. The smartphones consistently receive great ratings across all E-commerce platforms, demonstrating that Xiaomi does not compromise on quality even as it lowers prices on a regular basis.

China has a significant manufacturing advantage because it is well-known for producing and exporting goods. China is also one of the Asian market’s largest consumers

The smartphones are technologically advanced as well, and the brand offers superior tech specs at a reduced price. Xiaomi phones are known for their cameras, which are considered to have a high quality and produce outstanding images. 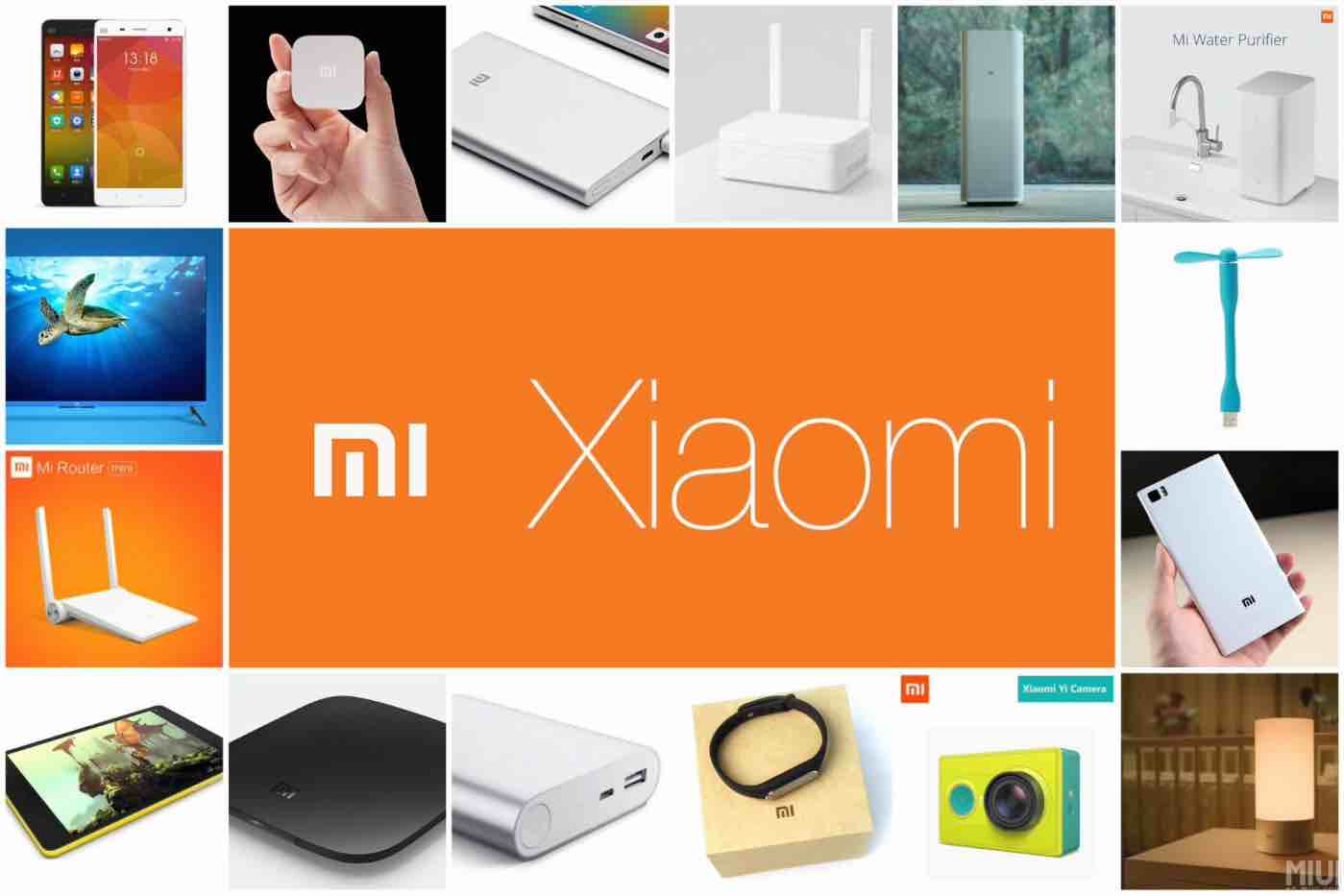 This brings the strength segment to a close. So, let’s take a look at Xiaomi’s weaknesses.

Weaknesses are characteristics that impede a corporation from fulfilling its objective and realizing its full potential. These flaws have a negative impact on the organization’s success and growth. Weaknesses are characteristics that do not meet the standards that the company believes it should meet. Xiaomi experiences this with its advertising and marketing strategies. Let’s focus it on detail.

The company mostly offered through flash sales, although users found it difficult to obtain a REDMI or MI model phone at times. This is because the firm offline distribution is lacking, and Xiaomi phones are primarily sold through e-commerce.

The brand spends relatively little on advertising and marketing. Only when a new product is released does the company launch Above the Line (ATL) marketing. The advertising, on the other hand, is at best sporadic and seldom constant.

While other smartphone makers rely on skimming prices to stay afloat, Xiaomi uses flash sales to launch its own phones at low prices. As a result, it is unable to benefit from the higher price, or the benefit is not as lucrative as it would be for Samsung, Apple, or other high-end brands.

Thus, these are some of the weaknesses that Xiaomi deals with. Let’s take a turn into the opportunities of Xiaomi.

The environment in which the company functions presents opportunities. These occur when a company can take advantage of the conditions in its surroundings to devise and implement tactics that will help it become more lucrative. By taking advantage of opportunities, businesses can obtain a competitive advantage. For instance, Xiaomi grasps its opportunities by expanding its product with new portfolios. Some are mentioned below.

For Xiaomi, covering expanding countries and emerging regions should be a top focus. It should grow to nations where the E-commerce method of purchase is well established or in the process of establishment, as it primarily follows the online sales model, which is becoming increasingly popular in many countries.

The smartphone as a product is gaining traction around the world, and people are increasingly adopting smartphones in conjunction with the Internet. Xiaomi will gain from this Smartphone market penetration. The better phones the company makes, the more market share the firm will be able to gain.

In order to improve the brand image, tactics such as sales promotions, trade promotions, ATL campaigns, and Below The Line (BTL) campaigns should be launched as frequently as possible. When it comes to BTL campaigns, Xiaomi lags behind Oppo and Vivo.

These are the notable opportunities for Xiaomi. So, now let’s go with its threats. 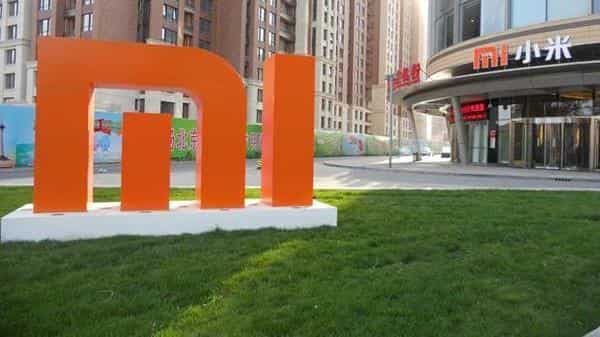 Threats develop when events in the external environment affect the organization’s ability to operate reliably and profitably. Intense competition, brand differentiation, service centres act as major threats to Xiaomi. Let’s have an overview of it.

Oppo and Vivo are two of Xiaomi’s greatest competitors because both the companies are Chinese companies with similar manufacturing advantages to the company. Oppo and Vivo, on the other hand, have a significant offline presence and a large distribution network. As a result, it poses a significant danger to Xiaomi.

The absence of service centres in proportion to the brand’s sales is a concerning fact. If Xiaomi wants to keep its clients, it needs to expand its sales and service facilities.

Let’s finally end this blog with a conclusion now that we’ve learned about Xiaomi’s SWOT analysis.

Thus, we have seen the swot analysis of the company. On the whole, Xiaomi is in a strong position. A good foundation for any business is to provide incredibly high-quality products at reasonable prices while also making a profit. Xiaomi, unfortunately, has a shaky reputation. In terms of opportunities, the company may be able to capture a large portion of the burgeoning smartphone markets in developing countries like Africa.

Though it has too many obstacles with flaws, it can improve its weaknesses by enhancing its opportunities into its strengths.

Thank you for investing the time to read this blog. Please feel free to suggest your valuable thoughts in the comments. Try other blogs about several different companies on IIDE’s website. Also, if your interest is being a digital marketer, try the free Digital Marketing Masterclasses provided by IIDE.