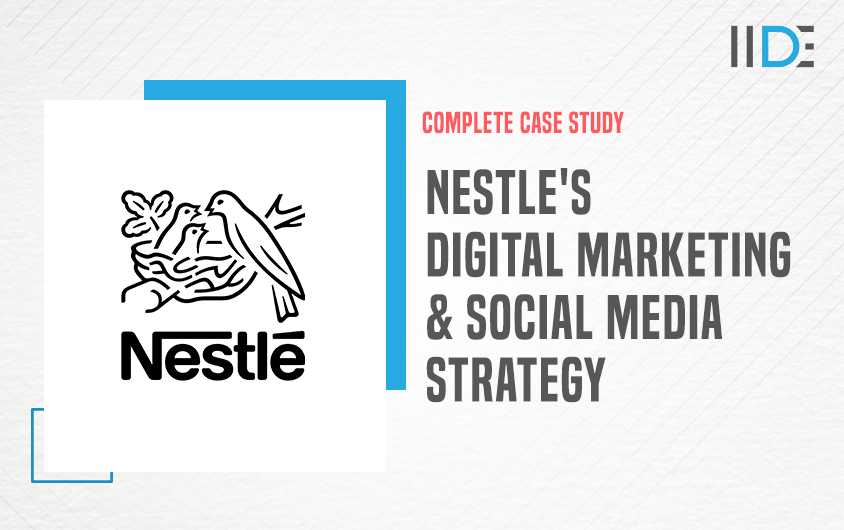 In this case study, we would go through one of the oldest and most famous brands of our time, Nestle. It is a Swizz multinational conglomerate operating worldwide for more than a century now.

In a country like India where there is so much competition in the industry already, Nestle has come a long way and has given its counterparts a run for their money.

This case study will examine how this mega-corporation in the Indian market has maintained a unique brand image for itself through innovative marketing campaigns and strategy that has created a strong brand connection among consumers even in this increasingly digitized world.

So let’s start by understanding a little more about Nestle’s company profile.

Nestle SA is a Swiss multinational food and beverage conglomerate operating its business in India under the name of Nestle India.

It first arrived in India in 1956. Since then, from selling its first milk product in the 1960s to offering a wide range of quality products in the Indian market, Nestle has grown exponentially in India. 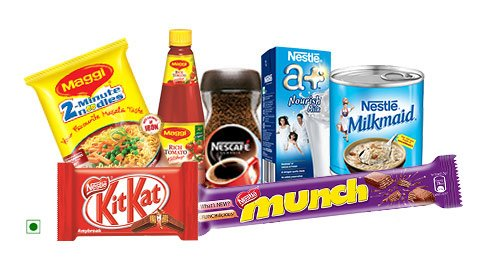 Today, Nestle India has a significant presence in the FMCG sector and enjoys a healthy market share in the food and beverage industry.

Being the largest food and beverage brand in the world by revenue, Nestle’s targeting and positioning strategy have played a key role in establishing itself all around the world. So let us understand how it has positioned its products to cater to the Indian audience.

Nestle India has positioned its wide range of product offerings in such a way that it covers audiences beginning from 2-year-olds to working-class professionals. Let’s check out Nestle’s Target Audience based on age demographics.

Nescafe has been a hit among the working professionals as Nestle has promised Nescafe to be the coffee that would keep them fresh throughout the day and who would not want to be fresh?

Parents have been tempted to feed their little ones with ‘Ceregrow’, a product from Nestle which contains cereals to keep young children healthy. It also has ever-popular products such as Maggi, KitKat, Milkmaid which are targeted towards the general audience.

This is how Nestle has designed its targeting strategy in India and let’s now understand what it has done to market itself and its offerings in the coming section.

By now, you are aware of the fact that Nestle is the world’s largest food and beverage company by revenue. This might also come as very basic information for you.

But what if I told you that Nestle has always been one step ahead when it comes to its marketing policies and tactics? It has always worked on the most up-to-date marketing methods be it offline or digital marketing strategies, which matter the most in today’s day and age.

Nestle India has designed its Facebook and Instagram profiles moreover the same. It shares posts related to what Nestle India is currently up to. It also announces its new launches, talks about its corporate social responsibility (CSR) measures, etc.

It maintains separate pages for its brands such as Maggi, Kit Kat, Nescafe, Koko Krunch, etc. which also have an insane amount of followers on both Instagram and Facebook.

On Instagram, Maggi has around 53K followers. Nescafe has 30K followers and KitKat has about 1 million followers.

Having separate social media profiles for its various brands, helps them organize marketing campaigns effectively and thus resulting in a strong brand connection with its customers.

Nestle India has been maintaining its Twitter profile as a medium of communication between the company and its audience. It also solves queries related to its products by replying to every comment and mentions done by the general public on the platform.

Nestle India’s Youtube channel has about 95K subscribers. On this platform, they post all the advertisements of their brands. However, Nestle maintains the same strategy of maintaining a separate profile for its various brands.

Now that you have a complete overview of Nestle’s social media presence. Let’s have a look at some of the campaigns rolled out by Nestle’s brands and along with a few creatives under their marketing campaigns which have helped them to maintain the attention of Indian consumers.

Nestle has rolled out several campaigns all these years but here are the few marketing campaigns that have left a lasting impression on the Indian audience.

1. A Campaign for the Youth: Karne Se Hee Hona Hai

The Covid-19 pandemic has changed a lot of things for everyone, especially the millennials who were accustomed to doing certain things in a certain way.

This campaign by Nescafe was launched in July 2020 as India was preparing to come out of its series of lockdowns and begin life in the “new normal”.

Nescafe, in the above advertisement, encouraged the youth of the country to dream, act, and achieve their life goals.

And in the process, Nestle also highlighted to millennials that “It all starts with a Nescafe”. Thus promoting Nescafe and once again establishing that Nescafe plays a vital role in keeping the youth alive and fresh. 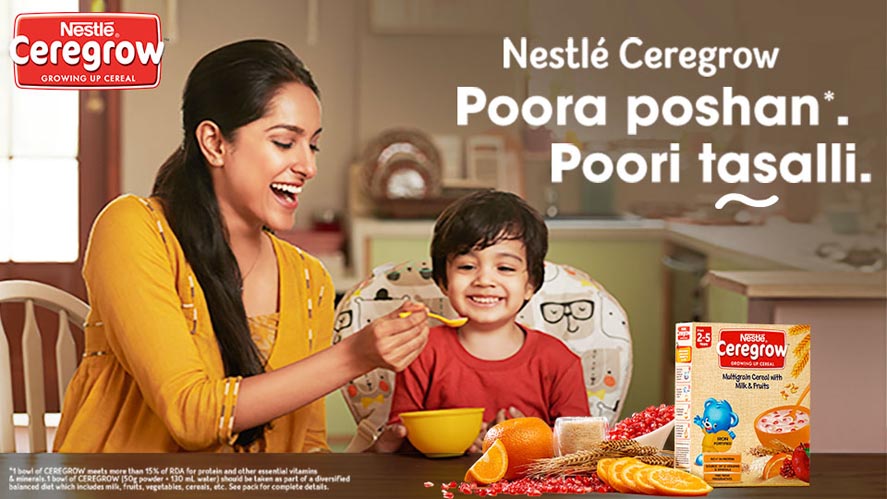 Poora Poshan Poori Tasalli: This campaign was initiated by Nestle Ceregrow in 2019 targeting urban couples who had children between the age of 2-5 years.

In a country like India where parents pay a lot of attention to their child’s health and proper nourishment right away from the child’s birth.

Nestle very smartly portrayed how Indian mothers are worried about their child’s proper nourishment. The brand showcased its product and communicated that Ceregrow not only fulfils the child’s hunger but also provides the right kind of nutrients for the child’s immunity and overall development and nourishment.

You can watch this short 45-second video by Nestle Ceregrow which delivers the message beautifully and convinces the urban parents why Ceregrow is a must-have for their growing toddler. Meri Maggi has been one of the most successful mass campaigns led by any brand in India. The Meri Maggi campaign started with the motive to promote Maggi as a snack.

In this campaign, Nestle also encouraged its consumers to personalize Maggi as per their wants and taste and share it on social media pages to get featured on Maggi’s official Facebook page. 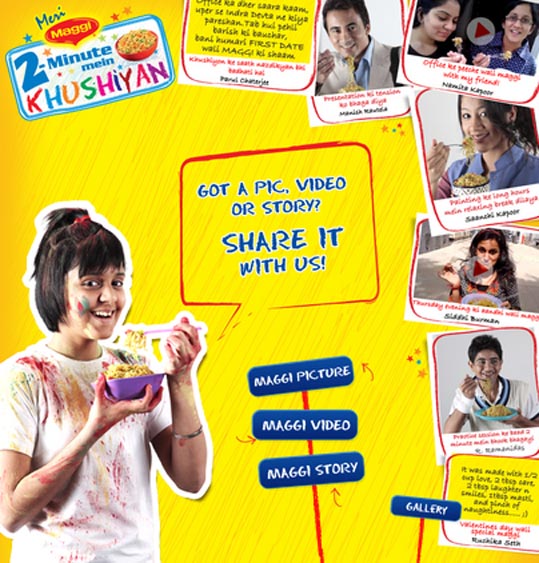 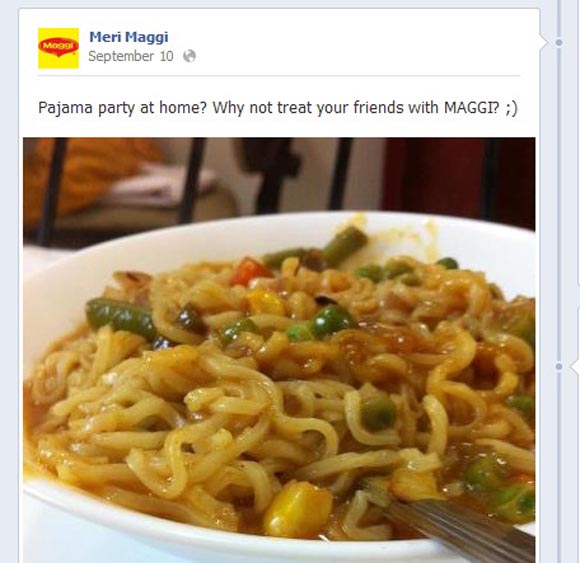 Nestle started posting pictures of Maggi with different captions to make it relatable for different sets of audiences. Be it a Pyjama Party or a Break after Long Lectures in the college, Maggi made sure it relates to everyone and at the same time creating a strong brand engagement.

It did not stop here! Maggi then asked its followers to write back to them about their “Meri Maggi” and people started sharing their versions of Maggi and when they would have it. What’s your version of “Meri Maggi”?

This is how Nestle India strategically uses its social media as a tool for its marketing and campaign-related activities. Let us now examine how it is doing on its website in the next section.

Nestle has a very strong website presence compared to its competitors. It has separate websites for its brands as well which helps Nestle to rank itself better on Google Search.

In today’s world where brands are working on spreading awareness via social media, Nestle has gone one step ahead and made its audience visit its websites by releasing various campaigns.

Search Engine Optimization helps us rank better on the google search. It also showcases to us how well a website is in terms of customer experience.

UberSuggest tells us that the website is very well optimized. Nestle has nearly 50,000 Organic Keywords. That’s something commendable. Not only that, but it also has more than 75,000 monthly organic visitors.

Let us understand further by going through its backlinks as it also has its own separate websites for its ever-popular brands.

Nestle has a Domain Score of 68 and has about 128,114 backlinks. This is huge when compared to any other FMCG brand in India. No other brand has such a high number of Backlinks as Nestle has. 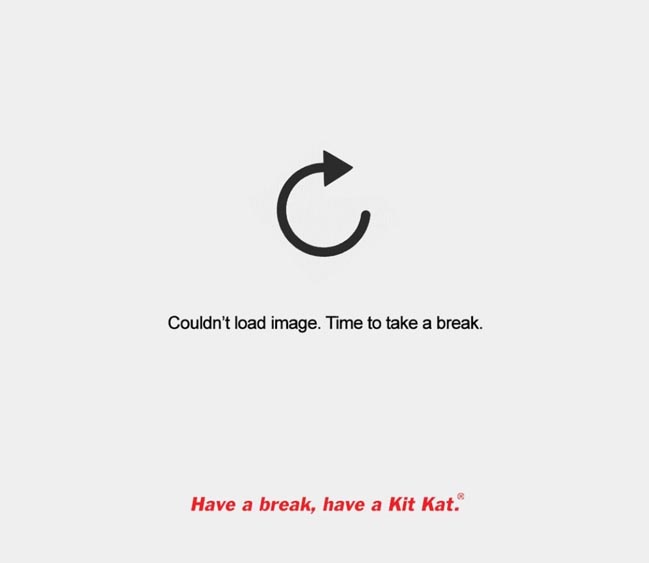 Let now go through this unique campaign launched by Nestle to drive traffic to its website in the coming section.

In this campaign, Nestle India introduced a digital tool, NINA (Nestlé India Nutrition Assistant) on AskNestle.in which uses artificial intelligence to provide real-time nutritional information on the foods we intake. This helped Indian parents to create a nutritious custom meal plan for their children below 12 years of age.

AskNestle’s NINA was dubbed as India’s first artificially intelligent assistant that allows you to find nutritional information for children. So this is how Nestle India played its cards on digital fronts to drive organic website traffic growth and better overall engagement compared to its competitors.

With this our Nestle Case study comes to an end, Let’s now conclude the case study in the final section.

Nestle India’s campaigns have always been short, sweet, and easy to relate to. The company has always relied on organic growth and does not run paid promotions on social media or Google or any other digital platforms.

So far, Nestle’s digital marketing campaigns have been very successful. However, it should continue to work towards unleashing its creativity to its full potential to remain connected with its customers.

If you like this case and want to learn more on the line of digital marketing, then do check our website for more information.

Have any thoughts on this case study? Let us know in the comments below.

Liked our work? Do share it with your friends. Thank you! 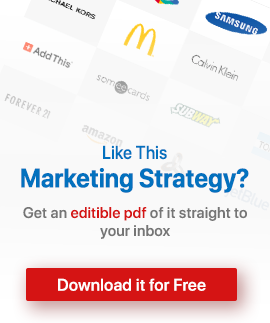