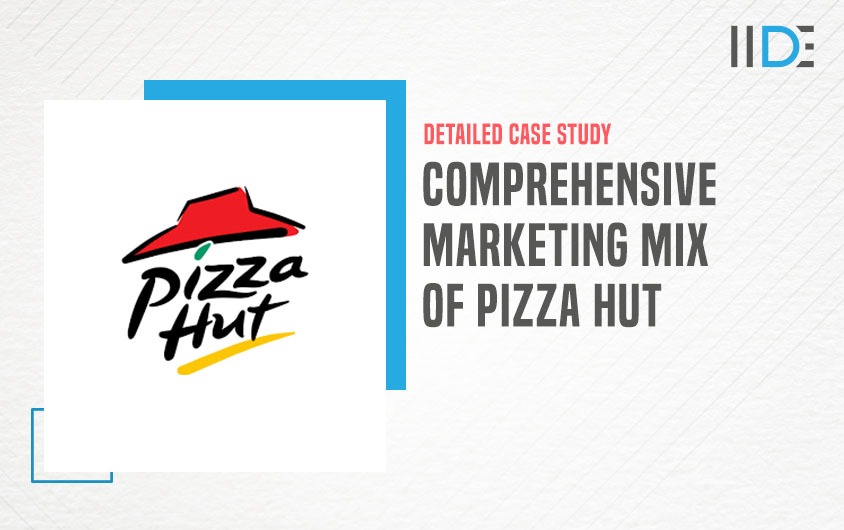 Pizza Hut, corporately known as PizzaHut Inc., is a subsidiary of the world’s largest restaurant chain, Yum! Brands, Inc. It is an American restaurant chain that offers different styles of pizzas and varieties of other dishes. The company has expanded itself enormously since its inception and remains a hard-to-forget and people-centric brand.

In this blog, we are going to discuss the marketing mix of Pizza Hut in detail including its 7Ps: 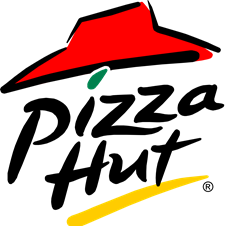 Pizza Hut was founded on 15th June 1958 in a small town of Kansas, America called Wichita by two brothers, Dan Carney and Frank Carney. Along with their partner John Bender, they borrowed $600 from their mother to start a business. The brand was named Pizza Hut because the signboard had a room just for 8 letters! However, people loved the food they prepared and their service felt like home.

Pizza Hut was acquired by PepsiCo in 1978.

In June 1996, Pizza Hut made its way into India and inaugurated its first restaurant in Bangalore. It was the first international restaurant chain to begin operating in the Food Service Industry in India.

Pizza Hut has been recognised as the ‘Most Trusted Food Service Brand’ by Brand Equity for 11 uninterrupted years. It remains the most favoured pizza brand in India due to its affordable pricing, fresh & tasty food, and homey ambience.

How did Pizza Hut become one of the popular food brands in India? Let’s find out by going through the following marketing mix of Pizza Hut:

According to Philip Kotler, “Marketing Mix is the set of controllable variables that a firm can use to influence the buyer’s response”.

In simple words, it is a part of any company’s marketing plan, which includes various actions that it implements to promote the brand and its products in the market. The 7 key elements of the marketing mix are Product, Price, Place and Promotion, People, Process and Physical Evidence.

Let’s discuss the 7 p’s of marketing mix of pizza hut:

Pizza Hut is known for its innovation and development of new food products from time to time.  They follow multiple product strategies and offer various pizzas along with different kinds of crusts and pasta, appetizers, desserts, and beverages.

They mainly offer 5 types of pizzas available in 3 sizes-small, regular and large.

Along with this, high quality of food, sizable portions and reliable home deliveries are other product characteristics of the brand.

Pizza Hut follows a price skimming policy, where it prices its new products higher than its competitors and gradually decreases its price to meet the market average. High prices tend to create excitement among the audience as it is a sign of high quality and good customer service.

The pricing strategy also depends on the size of the pizza ordered. Moreover, in partnership with PepsiCo, they provide combo meals starting at minimum prices, which attract students and the working population. In 2012, Pizza Hut sold Pan Pizzas for Rs. 65, which was among the lowest prices in the world.

Pizza Hut is known for advertising its products very well. The promotional strategy used by the company focuses on marketing campaigns via television commercials, print media, online advertisements and sponsorships. They spend approximately 10-12 crores on advertising every year. Their current advertising slogan is ‘Make it Great’. Over the years, the company has also launched many successful commercial ads to attract the younger generation audience.

Pizza Hut has also signed sponsorship deals with many multinational corporations. These include Fulham F.C in 2001-02, Newcastle Vipers Ice Hockey for 2007-08 Elite Ice Hockey League season, to name a few. In 2015, they became sponsors of American Airlines Centre, Dallas Mavericks and Dallas Stars. And in 2018, Pizza Hut was announced as the official sponsor of the National Football League.

Being in India, Pizza Hut takes advantage of the diverse festivals celebrated in our country throughout the year. They offer coupon discounts and make use of other promotional strategies like, Buy One Get One Free, Save 50%, Pizzas @Rs. 99, etc.

Pizza Hut uses 3 different methods of distribution that are dine-in, home deliveries and placing pre-orders. The delivery time is the standard gap of 30 minutes and their ability to meet high-quality standards creates satisfaction among the customers.

FUN FACT: Pizza Hut was the world’s first company to start 100% vegetarian franchises in tier 1 and tier 2 cities of India such as Ahmedabad, Surat and Mumbai.

Currently, Pizza Hut has over 350 outlets in more than 100 cities in India, operated by its two franchise partners, Devyani International and Sapphire Foods India.

Furthermore, the restaurants are designed in dine locations, hybrid locations, bistro locations, or college campuses, to attract any audience, families, corporates or students.

Every outlet of Pizza Hut has skilled employees. They have standard uniforms, they appear clean and well-groomed and work in a hygienic environment. Employees seldom maintain good relationships with customers and deliver consistent standards of hospitality.

The traditional highlight of Pizza Hut, since the start, has been THE BELL, which is rung after the meal, to thank and appreciate the employees and the company. Anyone who rings the bell is greeted with a loud thank you from the waiters.

The food manufacturing process at Pizza Hut is known for its complete transparency. They only serve freshly made food. The raw materials are semi-cooked and are fully prepared as and when the orders are received. Sometimes, customers are invited to the kitchen to check the ingredients used in their food. The company also imports several ingredients from international vendors across all outlets to maintain identical quality standards.

Moreover, they also introduced a Hot Mark on all home delivery packaging. If the mark is not red when the pizza is delivered, it can be returned.

Pizza Hut maintains stringent quality control standards and a hygienic working environment. The pleasant ambience with appropriate lighting and music appeals to the customers. The cutlery used by the company also plays its role in delivering an experience of luxury dining to the customers.

With this, we come to an end of the 7Ps of the Marketing Mix of Pizza Hut.

Pizza Hut is indeed a very successful company with affordable pricing, impressive offers, quality standards and availability of its franchises in several cities in India. With its exceptional marketing strategies, Pizza Hut has managed to create for itself an impressive brand image in India and it has continued to grow and gain popularity amongst youngsters ever since it entered the Indian market.

Hope you gained some insights from this case study on the marketing mix of Pizza Hut. Thank you for reading this blog. If you enjoyed reading it, please share and leave your views in the comments section below. If you wish to learn more about the marketing mix and marketing strategies of some of the popular brands, visit and explore IIDE’s case studies page.