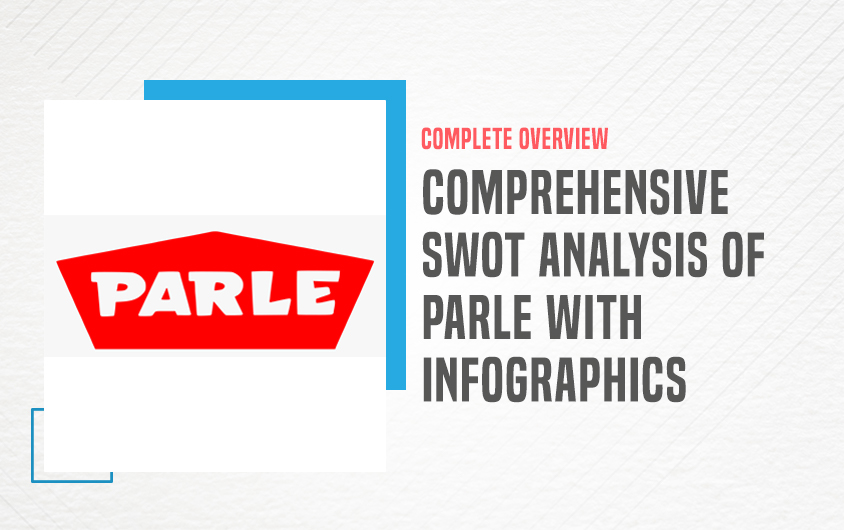 Last time we saw the Marketing Strategies of Britannia, today let’s look at the SWOT Analysis of Parle.

Parle is one of India’s largest selling biscuit snacks and confectionery manufacturers in the country. It is one of the oldest companies in India and is still known for its products. Parle has a wide reach and a very loyal customer base.

The company can improve its marketing game and can opt for digital marketing. If you also want to learn about digital marketing, do check out Free Digital Marketing Masterclass by Karan Shah the founder and CEO of IIDE.

In this blog, we will look at the SWOT analysis of Parle, but before that let’s have a look at the company overview.

Palre was set in Mumbai in 1929 by Mohanlal dayal chauhan. It is simple in taste and simple in packaging. The success story of the parle is mainly based on its simplicity. Parle has many positives which make it, the favorite biscuit brand among Indian consumers. It’s easily accessible to a wide population and it’s addictive because of its sweetness.

Parle-G Biscuit is the favorite snack that every Indian family has in the breakfast. Its high nutritional values make it the best substitute for hunger in the eyes of customers. Special attention is given to the fact that care and caution are exercised in the purchase of raw materials and high hygienic standards are maintained in all its manufacturing units. It was also recognized internationally for its high hygiene. 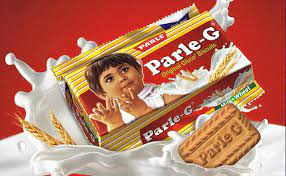 Parle is well known for its glucose biscuits- Parle-G. In 2002 Parle launched its premium range of biscuits “Parle-G Matrix” which is available in both “cashew” and “cocoa” taste. Parle launched its new biscuit version named “Parle-G Milk Shakti”, which had the taste of Milk and Honey. And it was targeted towards the Southern population. Parle focused on the low prices and make its reach to the general population of every Indian state.

Parle company provides a wide range of products, some of which are: 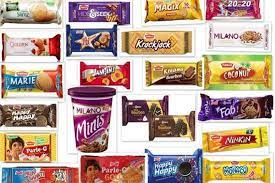 The following Companies are the close competitors of Parle Company: 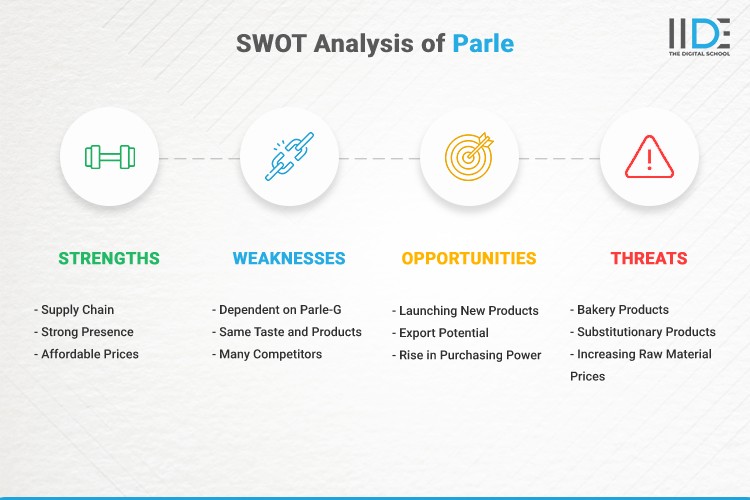 Strengths are internal factors of a company that empowers it and contributes to its growth.

Weaknesses are factors pulling back the success of a company. Let’s look at some of the weaknesses of Parle.

Opportunities are external factors that can contribute to the growth of the company if identified and grabbed at the right time.

Threats are potential harms that can affect the company and can cause losses. Some of the threats for Parle are.

Parle- the oldest company is the most successful company in India. The products, services, and tastes are giving pleasure to the people for decades. After looking at the weaknesses of the company, we can say that company should change its products variations and should introduce something new to the customers. Then only it can cope up with the new competition in the market.

Liked the blog? Do check the IIDE Knowledge Portal for more interesting blogs on various companies. Thank you for reading the blog. Do let us know your thoughts in the comments section below.