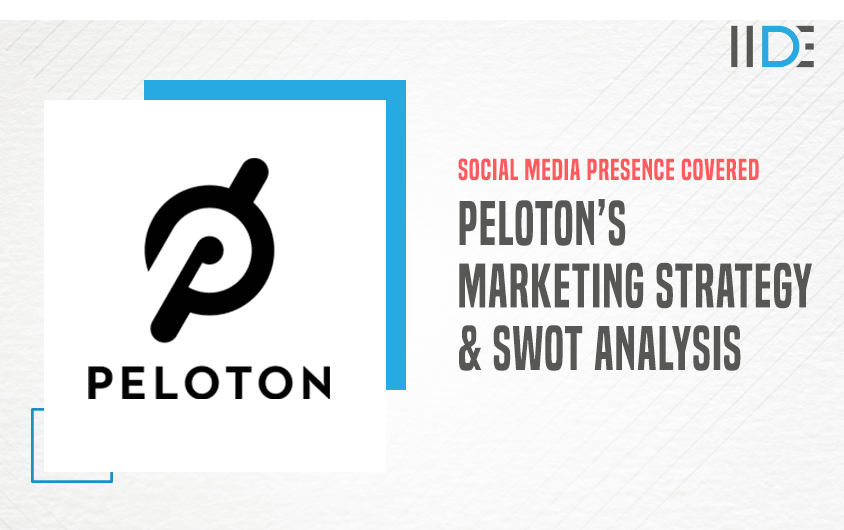 Peloton, an American fitness company, has revolutionized the home fitness industry. It is a big sensation in the fitness world and is a leading exercise equipment and media company. It was established in 2012 and launched in 2013 with the support of a Kickstarter campaign.

In this case study, we shall be discussing the Peloton marketing strategy, SWOT analysis, marketing campaigns, and social media strategy. Let us begin by learning more about the company. 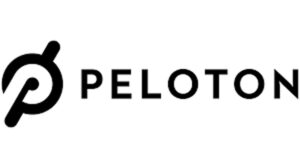 Peloton was founded with the idea to connect people with their ideal fitness goals at the comfort of their homes with the help of technology. Peloton entered the market with its in-home bike which broke the entire market. It was a new unique idea with personalized features that one had never seen before.

Peloton has made home workouts easier for its users by eliminating the need to step out of their homes for attending gyms. On top of that, they are very unique in what they do. They have gamified the whole home workout program for their users which makes it an immersive experience that is interesting and competitive.

Peloton now offers treadmills along with their signature bikes, accessories, and apparel. They also have their own app and classes, centered around providing various workout plans to members. Now that we understand the core business, let’s get into the Peloton marketing strategy. 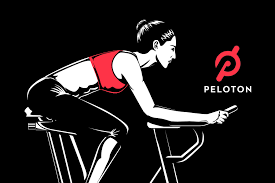 Peloton initially marketed solely through the product. Their bike and its features and benefits were at the forefront of all its marketing efforts. The competitive advantage that also made for an effective marketing focus was their at-home offerings. They were the first ones to be able to recognise the potential of the boutique fitness trend in New York, through which they came up with this new model.

Then Peloton evolved its marketing communications to emphasise on the fact that the company was building its own community. This also worked in their favour as users now had like-minded people along their journey. This works wonders for fitness services as community means having much-needed support and turns an individual activity into a shared experience.

Peloton keeps on updating its services in accordance with what’s new and what their users need. They hence introduce a lot of new features constantly which retains their users. Peloton is eventually looking forward to reducing its cost through word-of-mouth marketing in the long term. The company took complete advantage of the covid-19 pandemic. As people started working out from home, it became easier for Peloton to increase sales through users’ recommendations.

Peloton also comes up with various incentives such as merchandise and access to exclusive plans, to encourage their customers to sign up for their membership. 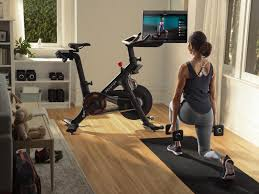 All of these strategies have helped the company in achieving an almost unheard of 95% retention rate. After gaining a thorough idea of the company’s marketing and operations, let’s analyse its position with the help of a SWOT analysis.

Every company has its own strengths which make it different from its competitors. But along with that, they also possess certain weaknesses that need to be worked upon in order to continue on a forward path. A SWOT analysis helps us gauge exactly that by uncovering the company’s strengths, weaknesses, opportunities, and threats. Following is Peloton’s SWOT analysis:

Peloton’s bicycles are high-tech and are designed by professional bicyclists. Plus the production takes place only in America so there is no compromisation in the quality of the products. The product itself is thus, Peloton’s core strength. 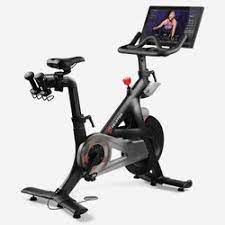 The company uses advanced technology not only in the designing process but also during the production and testing of their products. Peloton products are very effective and are produced by studying the body movements of a person. They have meshed the physical and digital worlds and have created an immersive experience for their members. They democratized access to high-quality boutique fitness and made it accessible to everyone in the comfort of their house.

Peloton has experienced weakness in terms of branding and marketing. The company has made questionable advertising formats and has been on the receiving end of controversy. This is expanded upon further in the blog when talking about its marketing campaigns. But basically, it is not ideal at all for viewers to dislike a company’s message and find it problematic.

This leads to a lack of trust and a tainted image in the minds of the customers. Peloton has admitted in their SEC filings that they have a weakness in the accounting department, there were also mentions of several internal leaks in various departments which shows the lack of organizational and management skills of the company and can be seen as a weakness.

Peloton has a lot of growth opportunities available in various markets and industries. This includes the world market, expansion in the product line, growth in the hospitality industry. Peloton currently sees a potentially huge market in Canada, this is a big opportunity for the company to maximise its profits. The company has thus entered the Canadian market and is trying to expand its reach.

One of the biggest threats for Peloton is their competitor i.e. SoulCycle. SoulCycle operates in the fitness industry as well and is a big competitor to Peloton. It is launching similar products into the market and has the potential to take away significant market share from Peloton. Peloton also has limited control over its partners, manufacturers, and suppliers which puts them at risk as it can affect the quality as well as the number of its products.

The SWOT analysis thus sums up the various areas Peloton can capitalise on while working to eradicate the threats and weaknesses.

Next up, we shall take a look at some of Peloton’s most memorable marketing campaigns.

Marketing Campaigns are a very important tool in communicating the company’s positioning and brand image. They have the potential to really affect a company’s sales either positively or negatively and hence are imperative to be well-thought. Following are Peloton’s most popular marketing campaigns:

This campaign was the first one since the pandemic began. In this campaign, Peloton has chosen 9 of its members to convey their peloton experience and how Peloton keeps them motivated to work out. The company also wrote a blog featuring some of its member’s stories. They stated that every member in their community has their reasons to work out and use Peloton. Peloton also then asked their members to post their stories on social media using the hashtag #mypelotonreason. They chose a few of these to post on their social media.

This was Peloton’s first campaign that didn’t feature actors but instead starred real riders. The campaign featured a military veteran, a public defender, a nurse, a baker, a grandpa, an NFL agent, and a school teacher and they all described their riding stories.

This campaign was focused on showcasing how people fit in at-home workouts with their everyday lives. They aimed at showing the diversity across race, gender, age, and language, portraying the differences in everyone’s everyday lives through the ad. While simultaneously, indirectly also showing their similarities in wanting to stay fit. The campaign appeared across various platforms including televisions and top social media platforms.

Peloton launched a Christmas advert in November titled “The Gift That Gives Back.” In this advert, the company showed a woman receiving Peloton’s bike as her Christmas gift from her partner and it inspired her to record her fitness journey using Peloton’s bike for 6 months.

This campaign turned out to be a big fail as the critics stated that the woman shown was already slim and the partner gifting her a fitness bike implies that he wants her to lose weight. 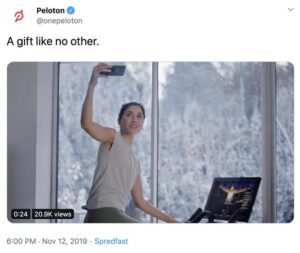 This campaign was termed sexist and dystopian. Even though it received 2m+ views on youtube, the video has around 5 dislikes for 1 like. Peloton chose to turn off their comments section on Youtube due to the amount of criticism they received.

Peloton lost around $1.5bn in value due to this ad campaign.

Clearly, Peloton has had some hits and misses with regards to its marketing campaigns. The company needs to be extra careful in the future to avoid any more mishaps.

A digitally-focused company like Peloton absolutely needs to have a social media presence that is interactive and appealing to its audience. In this final section of the blog, we shall see how Peloton fares with its digital presence. Following is the analysis of Peloton’s social media: 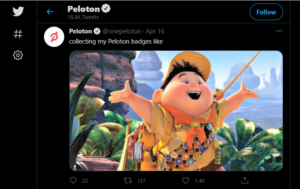 All in all, the company’s social media presence is certainly effective and well-rounded.

Peloton focuses on connecting with its users and providing them with value. They keep customer satisfaction as their main objective. They have thoroughly changed the entire home workout scenario for their customers. Even though Peloton’s main services are pretty expensive, they have come up with many new programs and features that are quite affordable and accessible to a large number of people.

Their marketing is consistent in communicating their objectives and is very up-to-date. Although they do need to be more mindful of their campaigns’ social tones in the future. Overall, Peloton is a great mixture of high-end technology, innovation, and an amazing social experience.

Thank you for reading this case study. If you wish to explore digital marketing, IIDE conducts a free Digital Marketing MasterClass that you can check out today!

We hope you found this blog informative and it added value to your time. If you did enjoy it, comment down below and let us know!