In a previous article, we learned about the SWOT analysis of Marlboro. In this blog, we are going to elaborate on the Marketing Strategy of Marlboro – the World’s Premium brand of cigarettes.

The objective is to learn and gain insights into Marlboro and how it became the World’s premium brand of cigarettes and Marlboro aims to become the largest premium cigarette industry in India.

We will learn the entire marketing strategy of Marlboro by the end of this blog. Before diving deep into it, let’s begin with the company’s story, target audience and digital presence. The original story of Marlboro dates back to 1846 when Philip Morris used to sell tobacco and roll cigarettes on the streets of Bond Street, London, UK. After his sudden demise due to cancer in 1873, his brothers Widow and Leopold Margaret continued the business by opening a factory on Great Marlborough Street, London, keeping their brother’s name as the company name which is Philip Morris Companies Inc.

Since then the cigarette got the simple name “Marlboro” from Great Marlborough Street and was marketed under this name until the name officially got registered and became a brand in the United States in 1924. 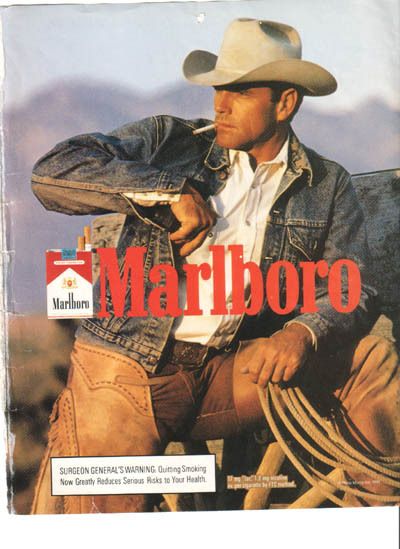 Marlboro is known for its advertising and marketing strategies including advertising ladylike cigarettes and the cowboy Marlboro Man.

Marlboro is classified as a premium cigarette segment, meaning the prices are higher than the average cost of tobacco products. Marlboro has established itself as the premium cigarette company in the market. This means that the better the product, the higher the price for cigarettes.

In their marketing campaign Marlboro focuses on young-oriented images that appeal to teenagers and feature young, attractive models partying, falling in love, adventure travelling and generally being ‘cool’. As a market leader, Marlboro positioned itself in the high-price segment with high-quality products. 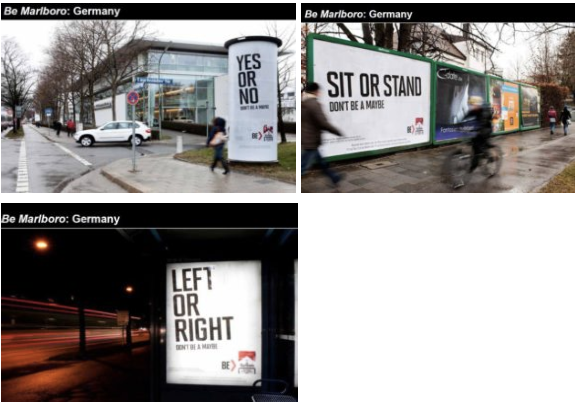 In December 2011, campaign billboards appeared with a large black lettered ‘MAYBE’ written on a white background with the MAY crossed out with a red cross (Image 1). The billboards were not attributable to anyone. This was a deliberate omission as these ads were intended to act as a “teaser campaign” to arouse people’s interest.

Subsequently, a few weeks later, the advertisements developed from this simple ‘maybe’ into ads offering two choices and the slogan ‘Don’t be a maybe. Be Marlboro’ (Images 2, 3 and 4). All images unless otherwise stated are sourced from Frederic de Wilde’s PMI Investor Day presentation, 2012. 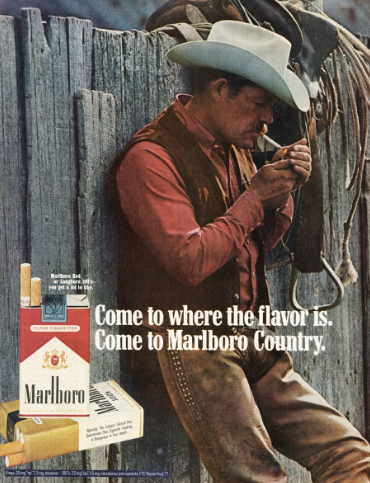 The Marlboro Cowboy ads first appeared in the mid-1950s as part of Marlboro’s vision to appeal to the new filter cigarettes to men. This vision translated into the iconic Marlboro man, a male figure representing masculinity and cigarettes. Throughout the year many male figures became the face of the Marlboro Man but the most idolised figure in their ads and marketing was the iconic “Marlboro Cowboy”.

The Marlboro Cowboy figure spanned many successful campaigns that generated sales growth and made Marlboro the number one tobacco brand in the world. The stunning appeal of the cowboys reached a broad audience and many of their successful ads depicting cowboys smoking in a natural environment while engaging in many activities were reflected in their success to appeal to a male audience.

However, for their campaigns to achieve this level of success worldwide, their ads took full advantage of many rhetorical elements such as; visual elements, textual message and symbolism. 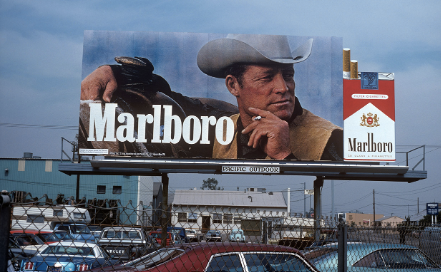 Perhaps, “Marlboro Man” is one of the most successful marketing campaigns of the 20th century. Marlboro’s efforts to appeal to the male audience spanned the iconic brand image of the “American cowboy” that even today we associate with cigarettes. Ultimately, the cowboy served as a masculine trademark and helped establish Marlboro as the best-selling cigarette brand in the world.

Despite the many health concerns from smoking that emerged during their campaigns, Marlboro was able to attract many customers through its iconic advertisements. This ad in particular is a perfect example of how many rhetorical elements such as visual, linguistic and symbolism were blended to create an image that is iconic and persuasive. Even after smoking advertisements were officially banned, the “Marlboro Cowboy” ads left behind a legacy that is masculine and controversial.

Marlboro is not active on Instagram, Facebook, Twitter, LinkedIn, etc. The reason is, that the tobacco industry and cigarette promotions are banned by the government for direct promotion through social media platforms, instead, cigarette manufacturing companies are allowed to promote products indirectly such as Marlboro which introduced the advertisement the “Marlboro Cowboy”.

Direct promotion of tobacco products from social media platforms can lead to a boost in the sales of cigarettes and ultimately cause instant surprise in health-related issues. 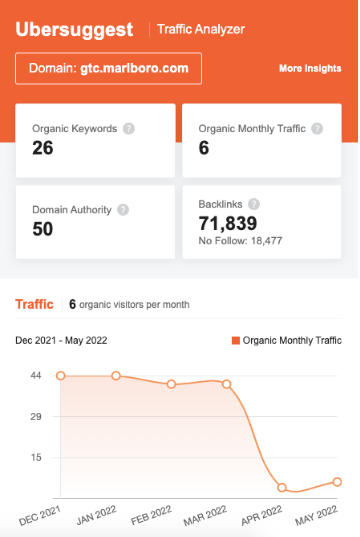 As per SEO ranking, it is said that the number of keywords – below 500 is bad, above 1000 is good, and 10,000+ is amazing. As we can see that www.marlboro.com has 26 organic keywords and it’s considered as bad. That means the digital marketing of Marlboro is gaining a bad number of insights.

Also, the traffic per month is around 6 which is not good in terms of SEO. Hence, Marlboro still needs improvements in its SEO strategies while working hard enough to keep the brand soaring in the Google organic SERP results. 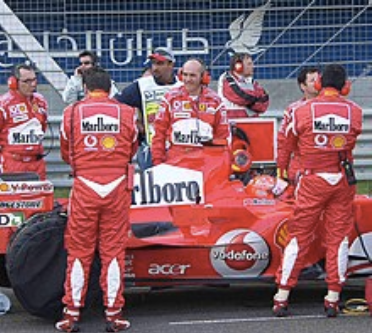 Marlboro is well known for its collaboration with motor racing especially Formula One racing where the clothing of the Ferrari team was completely done by Marlboro. Similarly, it was also the strong sponsor of other racing sequences like the Superbike world championship and Grand Prix motorcycle racing.

Marlboro has collaborated with the motor racing team since the start. From the 1972 season with the sponsorship of Formula One team BRM.

Also, Marlboro collaborates with various celebrities for promotion and marketing on TV commercials, billboards, templates etc. and more. The one and only Marlboro man – Mr Bob Norris is one of the biggest influencers and has graced thousands of billboards and magazine ads, always with a Marlboro cigarette. One amazing fact is that Bob Norris himself never smoked.

In talking about the e-commerce strategies Marlboro has its website which is restricted to users below the age of 21 years. Only registered users approved by Marlboro who are a smoker 21 years of age or older are allowed to access the website content.

Marlboro releases its product via various traditional marketing sources such as banners, sponsorship, celebrity collaborations, etc. They don’t get involved in social media or blog writings. Marlboro products are meant to be sold directly through traditional channels.

In the marketing strategy of Marlboro, we saw that Marlboro is gaining love and support from all the places in the world. The uniqueness of being the world’s premium brand has lessened the competition for them. Though Marlboro lacks in its digital marketing methods, it is still trying to evolve and grow in the digital sector.

As we all know, digital marketing has taken a drastic change because of pandemics that affected every business. Digital marketing is crucial since it links a company with its clients when they are online and is effective across all sectors. It links businesses with ideal consumers through SEO and PPC on Google, social media marketing, and email marketing. If you would like to learn more and develop skills, check out IIDE’s 4-Month Digital Marketing Course to learn more.

If you like such in-depth analysis of companies just like the marketing strategy of Marlboro check out our IIDE Knowledge portal for more fascinating case studies.