Escorts Group has transformed, redefined, and reimagined the way India lives, works, and travels for seven pioneering decades. Its goal is to use engineering expertise to change people’s lives.

The purpose is to provide you with information on the ravishing journey of Escorts Groups from a small agency house in 1944 to one of India’s largest multinational conglomerates.

By far now we surely have invoked in you an interest in learning this highly demanding and new-age skill called Digital Marketing. Here’s a quick guide by our CEO and Founder, Karan Shah on Digital marketing, check out IIDE’s Free MasterClass on Digital Marketing 101 to know more.

So now it’s the time to learn the marketing strategy of Escorts and how Escorts became a worldwide renowned brand and established a market presence in the massive sector of huge machinery manufacturing by decoding its marketing strategies, but first let’s get familiar with the company by knowing its brief history, target audience, and digital presence. 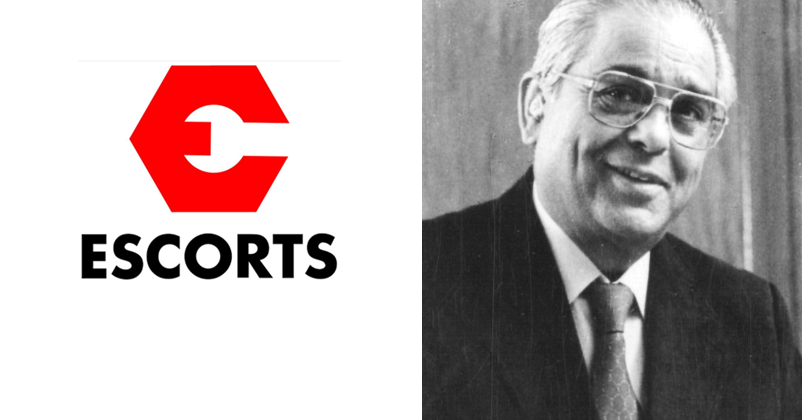 From the early 1960s to 2005, Escorts were one of the leading motorcycle producers. Escorts motorcycle division used to produce motorcycles under the brand name Rajdoot. They started making Yamaha motorcycles in India.

Escorts used to produce many trendy motorcycles in the early 19’s. Rajdoot 350 and Yamaha RX 100 were the two of them.

In the late 1990s, Escorts decided to quit their motorcycle business because they wanted to concentrate more on tractors and other machinery, so they sold their motorcycle manufacturing unit in Faridabad to Yamaha.

The products of the Escorts group fall under the vehicle segment. While the main target audience for Escorts lies in the rural belt where it provides Agri machinery which promises to bring farm mechanization leading to the transformation of rural India’s farming difficulties into yields of prosperity. Also, they provide construction and railway equipment to the government and private sector of the big construction firms.

Escorts have positioned themselves in the market as Agricultural Machinery Automotive Engineering Industry aiming to be outsourcing partners of the world’s largest technical organizations wishing to outsource engine, transmission, gear manufacturing, etc.

Their corporate campaign, “Engineering the Fundamentals of Growth,” was a massive 360-degree operation that covered all active marketing, advertising, and peripheral media channels. They employed mainline ATL, such as TV and FM (across layers of SEC A, B, and C segments to cater to urban stakeholders and rural users) – channel mediums were chosen according to the location to cater to all targeted groups.

Also, they leveraged BTL activation through road shows, single-screen movies, and POS at road junctions, as well as billboards, outdoor hoardings, and airport placement across India, along with mobile branding.

For peripheral media outlets and a greater reach, they employed in-film spots. Through camps and demonstrations, they implemented distribution-led branding expansion. They employed experiential marketing activation which was a significant advantage over the competition, such as racing, power lift, and so on.

For maximum reach and interaction, they also employed social media and internet channels. Various channels were flooded with contests and suggestion-based campaigns. The campaign’s sole purpose was to connect the audience with Escorts and to boost the number of followers on Escort’s Instagram profile. The campaign was a hit, as the post gained a number of likes, as well as an increase in followers due to their creative marketing campaign idea and accurate use of Instagram marketing strategies.

Merchandise and collateral for a wide range of products were introduced. Strategic placements were made throughout trade forums and websites.

The exposure of the campaign was used to engage cooperative banking and financing sites. One of the most appealing mediums was direct messaging and mobile platform marketing.

Escorts introduced an intercollege innovation challenge competition Called IC Square in collaboration with  Rajan Nanda Innovation Lab, an Escorts Group Initiative. It was an innovation-based idea incubation program for students from institutions throughout India to turn their ideas into thriving businesses. They got entries in the domains of agri-tech and infra-tech in their first year. RNIL invested Rs. 10 lakhs in each of the top five creative concepts, for a total of Rs. 50 lakhs. This created a sense of trust and brand awareness in the young students who will be the future of agriculture and technology. 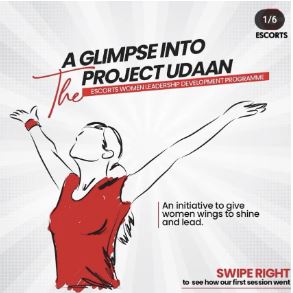 Escorts took an initiative for empowering and educating women by creating UDAAN, the Women Leadership Development Program. Participants from all across the organization went through a rigorous 6-month training program that included interactive seminars, eLearning courses, psychometric self-assessments, and action learning business projects. This was just one of the numerous options available at Escorts to enable women to flourish.

Instagram is a more youth-based social networking platform that excludes corporate professionals and rural folks since the majority of them do not have an Instagram account.

However, it is gradually increasing its reach on Instagram as well as many young farmers have entered the digital space. The articles are largely promotional and informative, with a few ones about their new product launch. 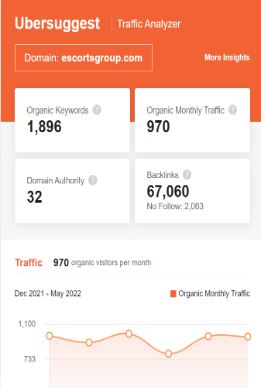 Also, the monthly traffic is 970, which needs more attention. Consequently, Escort’s SEO techniques need to be improved while also working hard enough to maintain the brand’s organic reach on the website.

Escorts Groups convinced our very own Big B Amitabh Bachchan as their brand ambassador.

On the auspicious occasion of the founder CEO HP Nanda’s 100th birthday, in order to capture the spirit of the brand, the company released a video to show how their company’s role has been able to transform Indian Farming featuring Amitabh Bachchan. 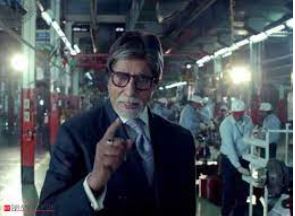 In this video, Amitabh Bachchan, in his classic deep baritone speaks about the company’s highs and lows through the years, bringing alive the theme of the film.

Escorts does not have its own e-commerce platform. It is kind of acceptable as it majorly delivers to B-B businesses. Also, their products are usually purchased after proper supervision and analysis in their showroom. 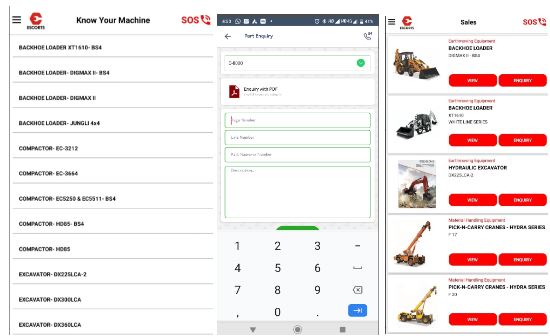 Escorts have their own mobile application for the users to compare the products offered and enquire about them. This app is for customer service support and also to register complaints through this app 24X7. It also gives a piece of brief detailed information about the products listed including how to use them.

They introduced the youtube channel Escorts Training and Development Centre to

serve Farmers & farm-related communities through training on topics like Farm mechanization, Technologies & Farming techniques. This initiative created a sense of trust among the farmers for the brand.

We know you also want to attract and engage your desired target audience without forcing them to make purchases. Well, for that, you’ll need to muster a basic understanding of how to create a holistic content marketing strategy to ultimately convert them into paying customers without insisting they pay.

Overall, Escorts is a unique corporation and brand that has successfully maintained itself over time. Their emphasis on innovation and technology has always served them well and aided their growth. Their dominance in the home market is evident. As the market evolves, the firm has a significant opportunity to capitalise on new needs.

Their traditional and digital marketing initiatives are both impressive. Especially notable are their ads and the engagement of well-known brand ambassadors. Escorts has experienced various hurdles during its history as one of the industry’s oldest brands. It is still one of the most well-known brands in the industry. They are continually adjusting to new trends and executing new strategies.

If you like such in-depth analysis of companies just like the marketing strategy of Escorts check out our IIDE Knowledge portal for more fascinating case studies.