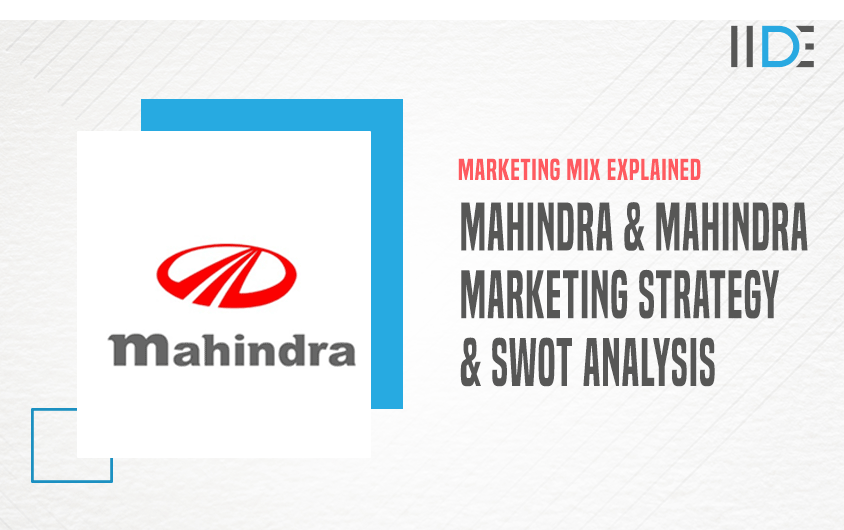 Today’s global brand, Mahindra and Mahindra, began as a steel-trading venture seven decades ago. Their story narrates how an Indian company paved its way to becoming the global powerhouse. They came a long way since 1945 and as they accelerate into the 21st century, they aim at achieving even more. They adapted themselves to everything that came along.

About Mahindra and Mahindra 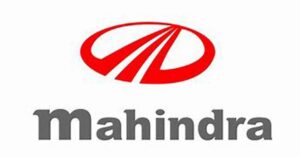 Mahindra & Mahindra Limited is an Indian Multinational Automobile Manufacturing corporation, having headquarters in Mumbai, Maharashtra, India. It was ranked as the 10th most trusted brand in India in 2014. It manufactures over 20 models of cars.

‘Mahindra and Mahindra ranked 13th on the list of ‘Best Companies to Work for 2019’ by Business Today. Acknowledging the Mahindra Group’s focus on instilling a culture of innovation, Business Today wrote – “A steadfast focus on giving employees opportunities to learn, freedom to innovate and providing them stability and job security at a time when the unemployment rate in the country has hit a record high has made the home-grown auto major the pick of the lot in the automobile industry.”

Marketing Mix is a combination of factors that can be controlled by a company to influence consumers to purchase its products. M&M has a wide variety of products. Its marketing mix is as follows:

Mahindra and Mahindra are involved in and cater to the demands which include farm equipment, utility vehicles, and commercial vehicles. Their portfolio covers a wide range of products:

M&M has also built top industry-standard military vehicles and its Willys jeeps were used for transportation in World War II. The esteemed company has also entered into partnership deals with Renault S.A and manufacture what turned out to be an amazing Mahindra-Renault Logan. Some of the other Mahindra vehicles include- Mahindra Scorpio, Mahindra Scorpio Getaway, Mahindra Bolero, Mahindra Pick-up, etc.

Mahindra owns many assembly plants and manufacturing plants. Its assembly plants are located in China, India, Brazil, and the United Kingdom. It has a global presence and its products are sent to countries like Italy, China, South Africa, the USA, and the UK. It has proved its capabilities by sending strong messages. It captured the markets in China with determination and ample business sense. In India, its plants are located in Bangalore, Chakan, Nasik in Maharashtra, and Haridwar in Uttarakhand.

The pricing policy of Mahindra and Mahindra for its vehicles is affected by various factors that determine the price of the automobiles. Some costs are incurred at every stage which includes manufacturing to assembling the parts and making them a whole product and the cost of distribution and marketing M&M has covered every corner of the country with products that are at a reasonable price without any compromise on quality.

In order to meet the needs of every section of the masses, they have launched products for every income class that is suitable for everyone. These noticeable changes are well-thought-out conscious decisions with the right prices to balance their portfolio and attract a large number of potential consumers. 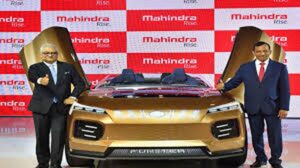 Mahindra and Mahindra have taken various steps to promote their vehicles throughout the world. It has decided to use traditional media which consists of TV Ads and print ads to generate greater awareness around the brand. Advertisements featuring attractive models with its products have been handled gracefully so that Mahindra and Mahindra become a household name.

Under additional activities for sales promotion, it has organized exhibitions where catalogs are distributed and contests are held. The company has also initiated various programs where they reward the best talent in the industry with cash and job offers. This has also proved to be a good promotional and beneficial move which has provided goodwill to the company.

Since M&M, there have been numerous people coming in and out of the industry. Let’s tear it down and understand the company’s strengths and weaknesses by doing a SWOT analysis.

Understanding the internal factors of the company will help influence your ability to take advantage of an opportunity. SWOT Analysis is an extremely effective tool for analyzing and studying an organization’s strengths, weaknesses, opportunities, and threats. Let’s dive into it:

If the company can continue to bank on its strengths, it will definitely be able to stear clear of the threats. In the next section of the Mahindra and Mahindra Case Study, we shall take a look at the company’s marketing campaigns.

Marketing Campaigns of Mahindra and Mahindra

An engaging and relatable marketing campaign strategy provides an organization an edge over its competitors. Mahindra and Mahindra is one such automobile company that has revolutionized the markets. It puts out content that is valuable or entertaining to people anywhere in the globe and in doing so Mahindra has attracted a global audience.

In 2015, Mahindra & Mahindra was recognized as the Best Company for CSR in India in a study by the Economic Times. 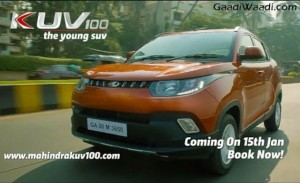 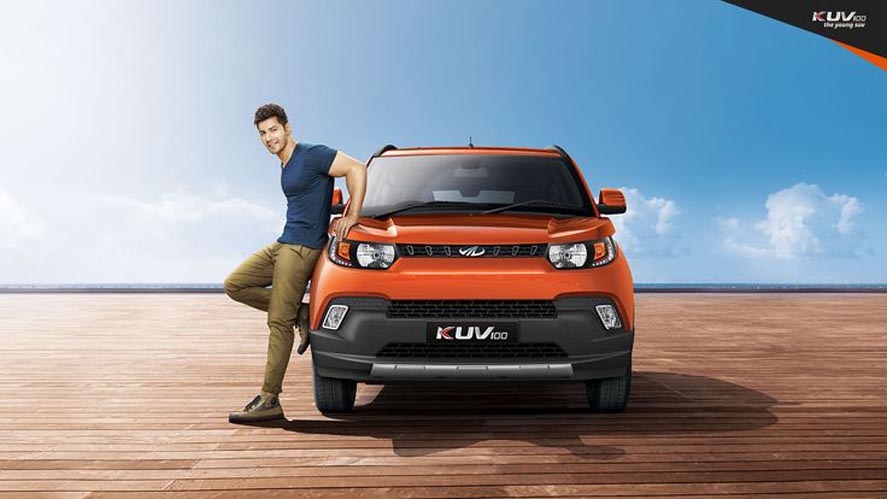 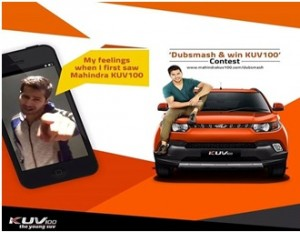 Digital is the new game. You need to be alert, adaptable, and executive on the trends. Having a digital presence makes it easy for consumers to browse through your portfolio even when you are sleeping. It facilitates easy access without labor and rent. Let’s see how Mahindra and Mahindra cracked this.

Social media is crucial to the success of any company’s digital marketing strategy. Despite this, brands of all kinds and sizes are not using this tool to its full potential. Although the number of “follows”, “likes” and “shares” is still important, the credibility of a brand is distinguished by far more than just this. 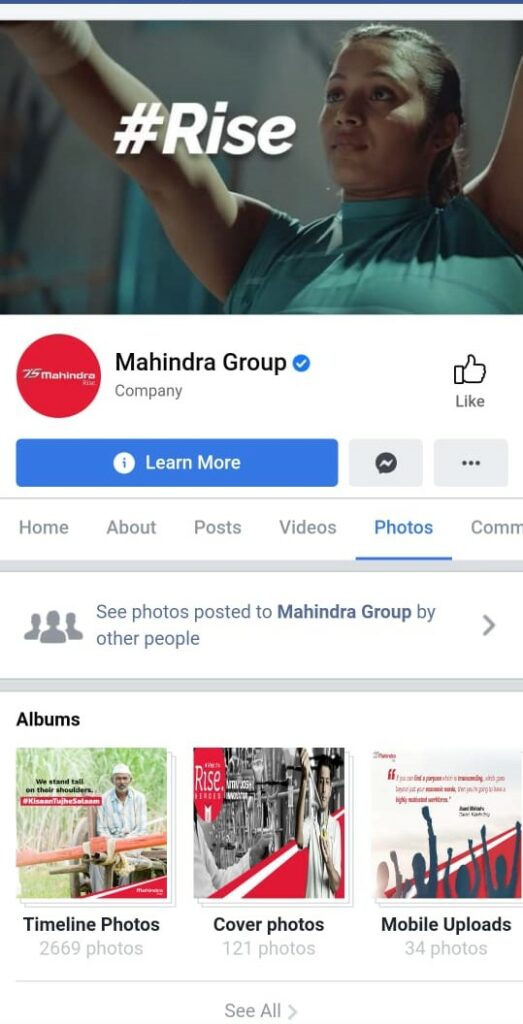 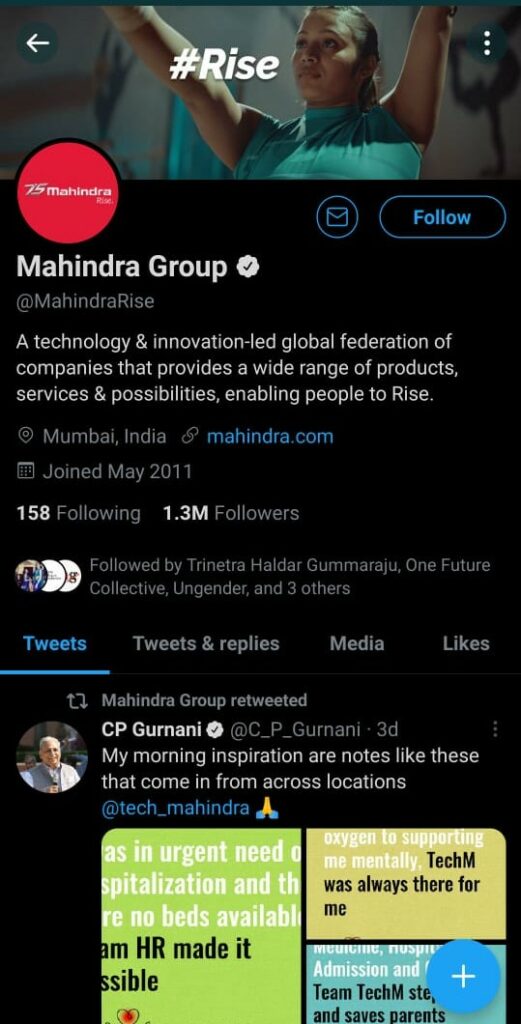 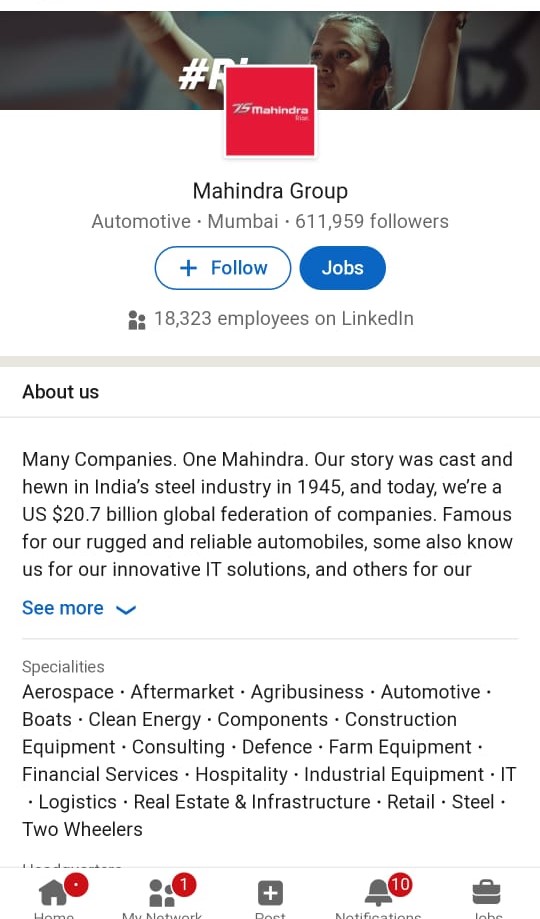 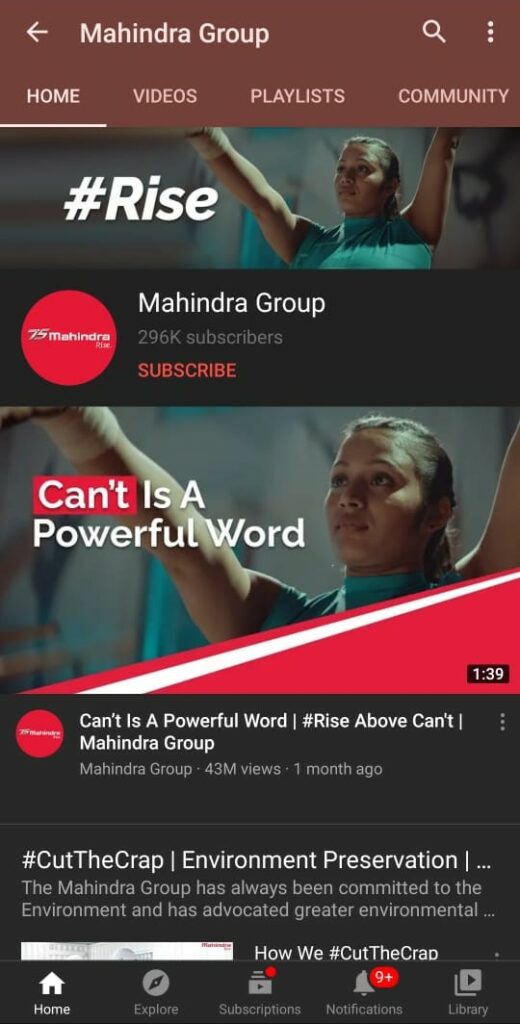 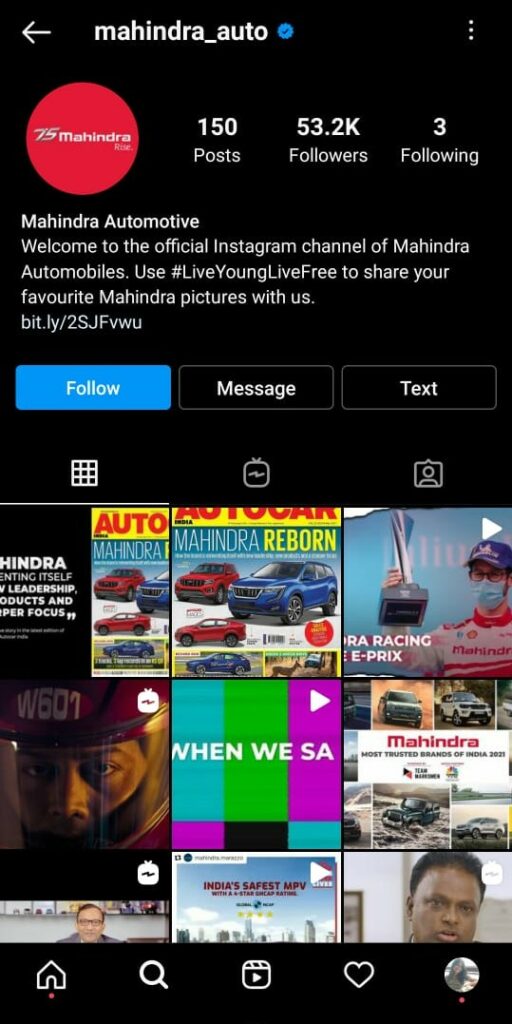 If we look at the competitors of Mahindra and Mahindra i.e. Honda, Toyota, Nissan Motors, Hyundai Motors, Fiat, etc. Then, we can see that the reach that these companies have on various social media platforms like Instagram, YouTube, and Twitter is far better than Mahindra and Mahindra.

Mahindra and Mahindra should boost their social media game real quick because it can help achieve a big impact on its marketing.

Digital marketing makes it possible to easily connect with a huge number of people across the globe with the help of a simple Google search. The impact of digital marketing on business, in general, will minimize the marketing costs by transforming from traditional/offline marketing to a mix of offline and online marketing

Mahindra & Mahindra has launched Smart Shift, a platform that connects cargo owners with transporters. The platform lets users find transporters based on the cargo weight, size, and other requirements, and negotiate and seal a deal to transport it. SmartShift’s services are available via the website, smartphone app, and call center.

This will be a technology-enabled load-exchange platform, the company said at a press conference in Mumbai. The service launches in Mumbai on Tuesday and will be extended to 26 towns and cities over time.

Being one of the oldest companies in the industry, M&M has faced numerous challenges during its journey. Still, it is one of the most trusted brands in the industry. They are adapting to new trends and executing new schemes for consumers to sustain.

All in all, Mahindra and Mahindra is a distinct company and brand that has sustained itself efficiently over the years. Their focus on innovation and technology has always come in handy and helped them grow. In the domestic market, their strong presence is undeniable. As the industry experiences further development, there is huge potential for the company to capitalise on the latest demands.

Their marketing efforts, both traditional and digital are quite up to the mark. Notably their campaigns and use of popular brand ambassadors. Being one of the oldest companies in the industry, M&M has faced numerous challenges during its journey. Still, it is one of the most trusted brands in the industry. They are adapting to new trends and executing new schemes constantly.

Over the past decades, there has been an enormous growth in the spectrum of digital media. Business firms have become more conscious regarding their branding, advertising, and also their engagement on social media platforms.

IIDE helps you level up your digital marketing game by providing various courses to revamp your brand. All you have to do is register and develop the enthusiasm to learn. Before you make a decision, sign up for our completely free-of-cost Masterclass led by Mr. Karan Shah, the founder, and CEO of IIDE, and learn the basics of digital marketing from the expert and then make your decision.

Thank you for taking out time and reading the Mahindra and Mahindra case study. Comment down your suggestions and recommendations for any future blogs!