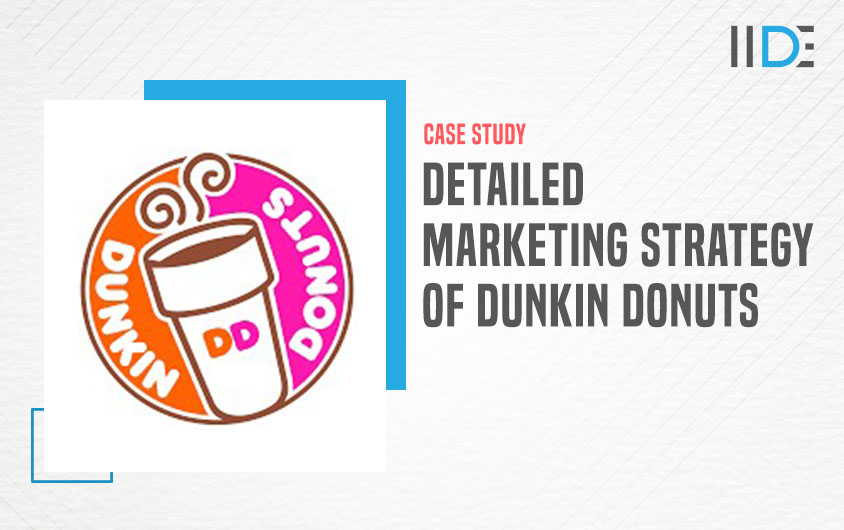 Dunkin Donuts is a coffee and doughnut corporation based in the United States, as well as a quick-service restaurant. Dunkin Donuts and Baskin Robbins eventually became subsidiaries of the Dunkin brand. And later renamed Dunkin in 2019. It is one of the largest coffee shops and donuts shop chains in the world.

But first, let us understand Dunkin Donuts as a company.

It was established in Quincy in 1950 by William Rosenberg. It was acquired by Baskin Robin’s company in 1990. Then change the name to Dunkin!. In 2020 it was purchased by Inspire brands and led as a large beverage-led company. With the effect of its rebranding, the company rolled out into the international markets as well. The company launched its first branch in India in April 2012 and has been people’s favorite since then. Dunkin’ offers delivery and on-the-go pick-up service to satisfy everyone’s appetites and comfort while also serving as a wonderful hangout spot for family and friends.

As per the reports in 2020, Dunkin has over 12,900 locations stores spread across 42 countries, Dunkin has become one largest coffee and donut stores-chains in the world. Throughout the Dunkin Donuts Company’s planning, the customer’s interests are constantly kept in mind. They regularly allude to their goal statement, which states that they would improve customer happiness and loyalty by providing the fastest and most accurate service, as well as the freshest products in the nicest and cleanest environment possible.

The marketing mix refers to the mixture of the four components that make up a company’s marketing system: the product, price structure, promotional activities, and distribution system. In the following section, we’ll look at Dunkin’ Donuts’ marketing mix. 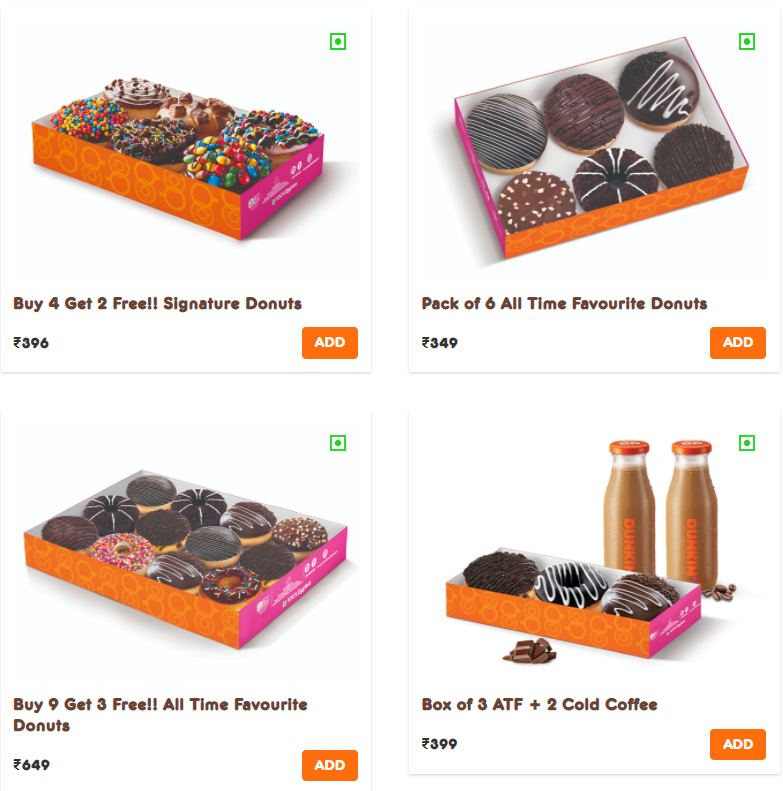 Being a fast-food joint, it mainly sells donuts, burgers, hot and cold beverages[like coffee, mocha, iced tea’s and fruit shakes], wraps, and snacks. The company decided to get coffee back in 2014 thinking it might be their most profitable product. And in 2018 it became a successful strategy. Since coming internationally in 2014, its menu now has been spread across the world.

Dunkin has started giving combos with giving donuts, beverages, and burgers together.

The prices of the different products are not very high and quite affordable. The company has different prices in different countries, which is called Global Pricing. This strategy is used to ensure better quality products at an affordable price to customers. 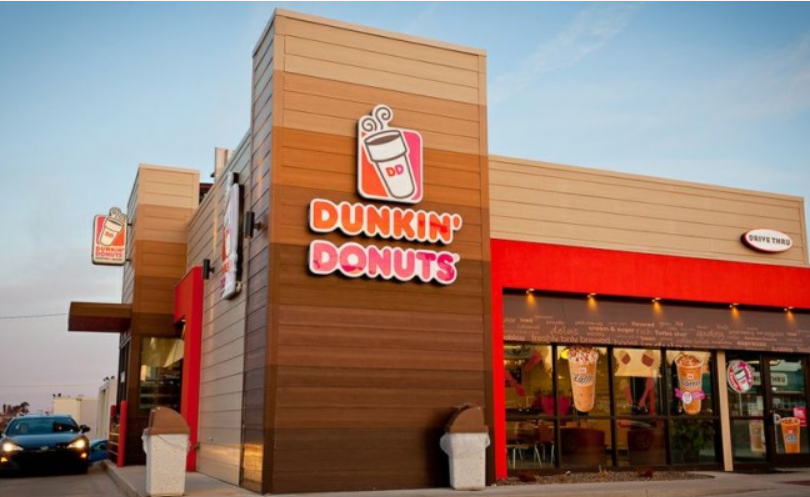 With over 12,900 restaurants spread across 42 countries, it has been one of the world’s major fast-food food joints. Now it has started picking up its online way to order the products. Dunkin has partnered with jubilant fast-good food for franchising in India, with over a little less than 100 stores. It has opened in the form of online marketing also.

The company promotes its brand by having a bright logo in its cups and packaging material. This helps in recognizing and memorizing the logo easily. It has changed its tagline in India to ‘Dunkin Donuts and more’ because in India doughnut-eating culture was not present at that time. And also has brought new flavors in India to attract customers like mango,   litchi, and many more.

If you want to be a customer’s favorite and gain their loyalty, you must be social. Dunkin Donuts understands how to engage its customers through social media platforms. Dunkin Donuts’ Instagram page is a visual treat for customers. It adheres to strict branding requirements and displays its recipes on the page alongside appealing graphics and videos.

Furthermore, because the company operates its franchise in a variety of worldwide places, it establishes different accounts for each location, as there is a different type of content to offer to audiences from various backgrounds. The brand uses the Twitter network to receive client questions and answer with the best possible response. Dunkin’s tweets are hilarious, such as this one: “Me @ my local Dunkin: I’ll have…   The crew: The usual?”

So the goal of their social media marketing approach is to engage clients by creating fascinating content that they can’t help but try out.

Dunkin Donuts is a big deal when it comes to event promotion. Event marketing is beneficial, but it is even better when a company sponsors major events. Madison Square Garden Company and Dunkin Donuts had a multi-year deal. It became a sponsor of the NBA basketball team, the National Women’s Hockey League, and several other clubs. Being a sponsor of the biggest sporting event increases brand awareness.

Dunkin Donuts is also a sponsor of America’s Got Talent, a prominent television reality show. Dunkin Donuts raises brand recognition on a large scale by partnering with a show with a large audience.

The target consumer’s characteristics Targeting for the following reasons:

The purpose of Dunkin Donuts’ marketing strategy is to make customers aware of their brand in any manner feasible. Dunkin’s entire marketing strategy is aimed at attracting customers’ attention. Dunkin Donuts’ advertisement style evokes emotions in the audience, whether it’s surprise or laughter. The brand appeals to a vast customer base thanks to its unusual communication.

One of the most important lessons learned from Dunkin Donuts’ strategy is the importance of proactive communication with customers. Brands should be aware of current events and incorporate them into their marketing strategies, which Dunkin Donuts excels at.

If you enjoyed our analysis of Dunkin’ Donuts’ marketing strategy, be sure to check out our other blogs for a series of case studies on various other organizations’ marketing tactics. IIDE prepares its students to analyze and curate campaigns and studies of this type. IIDE offers various digital marketing courses for people just like you if you want to learn these abilities for yourself. Begin your self-improvement journey right now!

Many thanks for taking the time to read this!