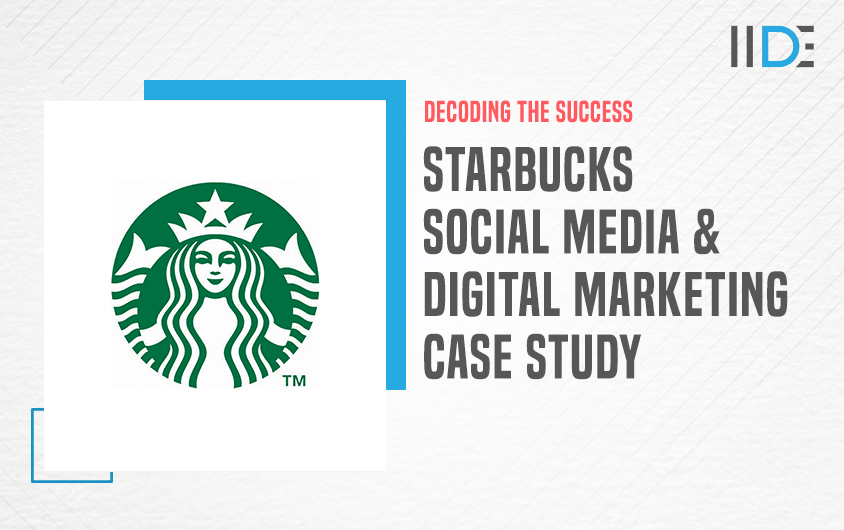 Starbucks Corporation is an American multinational chain of coffeehouses and roastery reserves headquartered in Seattle, Washington. The company operates in over 30,000 locations in 70 countries worldwide as of early 2020.

As the world’s largest coffee-house chain, Starbucks is seen to be the main representation of the United States’ second wave of coffee culture. Starbucks coffee houses serve-

In 2010, the company began its Starbucks Reserve program for single-origin coffees and high-end coffee shops. It planned to open 1,000 Reserve coffee shops by the end of 2017. Starbucks operates six roasteries with tasting rooms and 43 coffee bars. 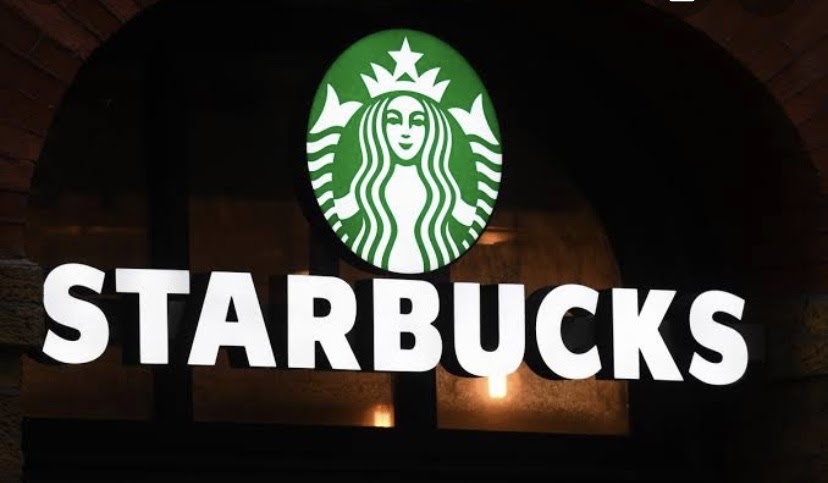 Let us now get to know how Starbucks made a mark for itself in the Indian market.

In the 2010s, Starbucks was keen on entering the Indian market. The company wanted to capitalize on the rise of coffee culture by targeting the niche upper-class segment in India. In 2007, it announced its entry in India but withdrew without any explanation. It was in 2011 that Starbucks finally made a grand entry into the market.

After successfully launching their brand, the next important step in ensuring they were here to stay, was to nail their target audience.

Starbucks is a premium coffee brand; its customers are mainly from the upper economic segment or the upper middle class and upper class. The brand targets people who want a peaceful space to drink coffee and lose stress. These are mostly the higher wage-earning professionals, business owners, or other higher-end customers in the 22-50 age group. People with a fast-moving lifestyle want good quality coffee and some space to relax after a hectic day. Starbucks offers all these privileges in a single place. The target audience of Starbucks includes both male and female customers, and a large bunch of these customers are mainly in the 25-45 age group. Mainly the urban, health-conscious, and class-conscious consumers. The truth is, the company has done so well by knowing exactly who its target audience is at any point in time and going all-out to cater to those set of people.

So summed up, their target audience is-

Now that we understand their foundation and business, let’s finally begin to uncover the marketing strategies that have led to Starbucks becoming the giant it is today.

Initially, Starbucks’ marketing mix in India was segmenting consumer markets on a socio-economic basis. Concentrating on working professionals and their need for a soothing workspace. Starbucks also segments its market on a geographic and demographic basis by setting up the stores where they can find their target audience mentioned above. Most companies enter a new market by focusing on a single segment, and if they happen to achieve some success, branch out into more segments. Starbucks did the same and now caters to teenagers and young adults as well, by developing its product range and social media marketing presence.

Starbucks’ marketing mix has helped the brand develop a unique market position for its products, where it’s about the brand’s overall differentiated experience. They have positioned themselves as a highly reputed brand.
The company’s marketing mix, to target the modern, tech-savvy generation, has also grown the use of digital technology as well as social media for promotions and customer engagement.

One of Starbucks’ key priorities is to expand its digital interactions with customers. To do so, it is implementing new ways to attract digitally registered customers beyond the rewards program. For example, the coffee chain is offering mobile order services and leveraging Wi-Fi sign-ins at its brick-and-mortar stores.

Most people are familiar with Starbucks on social media. The company’s many social media accounts are known for their distinctive branding, interactive posts, and visually pleasing content. The diverse range of content includes recipes, photography, articles and features. But there’s more than meets the eye. The stream of content can be broken down into a series of campaigns geared at creating a greater sense of brand awareness and community.

Starbucks focuses on promoting unique and fan-favorite beverages. The brand knows how popular their flagship items are, but more importantly, they know their audience craves this kind of content. They’ve even created social accounts for customers’ favourites -Pumpkin Spiced Latte and Frappuccino- where they push relevant and relatable memes to their die-hard audience. This is also where user-generated content (UGC) comes in. Consumer images of the more Instagrammable products, such as the Unicorn Frappuccino, are often selected to be re-shared via the official channels and also used in influencer campaigns.

Starbucks uses social change as a marketing tool, positioning itself as open-minded and inclusive. One example is the #ExtraShotOfPride campaign that supports the LGBT+ community. 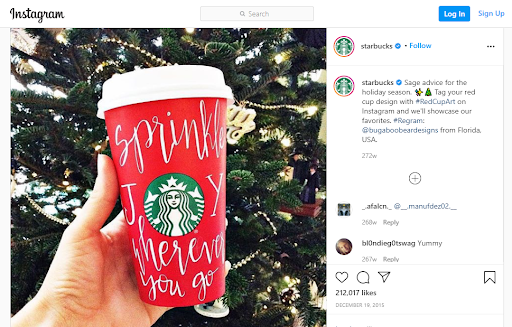 Another facet of Starbucks’ digital strategy is its emphasis on highlighting individuals and communities. Take a look at the #RedCupArt campaign, which not only increases engagement but also provides them with a library of UGC content. They use storytelling to show acts of courage and kindness in American communities, localizing the content. Starbucks puts in conscious efforts to humanize the company by sharing stories on their account which highlights the employees who play an essential role especially when consumers are distrustful of big brands. This sense of community also makes online coffee content social, very similar to how they practically invented the modern coffeehouse culture back in the day.

Starbucks has also initiated a new seasonal whole-bean coffee, #StarbucksDiwaliBlend, for their consumers across the country and select global markets. The latest exquisite blend is hand-picked and sourced from Tata Estates in Karnataka and Tamil Nadu. Starbucks Diwali Blend is intended as a tribute to the region’s rich and cultural coffee heritage and expertise.

It launched the #SketchTheBlend campaign where customers have to share their creativity on the Diwali Blend cup and sleeve and could win 5 free beverages. 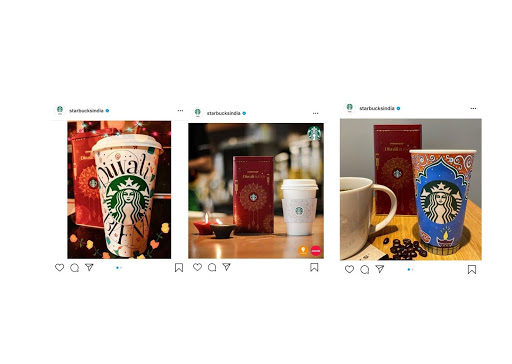 We now thoroughly understand the various strategies that comprehensively contribute to their top-notch marketing. Let’s dive deeper and analyse their overall digital presence.

Starbucks knows its audience is technologically advanced, which makes it imperative for them to have a strong digital marketing strategy. It’s clear how Starbucks prefers marketing on platforms where they have two-way communication instead of platforms like print and television which is more of one-way communication.

The recent Flipkart Starbucks twitter battle was an example of how active and fun a brand like Starbucks is and shows exactly why the brand is sought after with its target audience, especially the millennials. Outside of campaigns, they show numerous images on their platforms of friends and family enjoying drinks of Starbucks coffee together, interspersed with high-quality content that promotes seasonal products. By doing this, Starbucks has integrated itself into consumers’ social life. 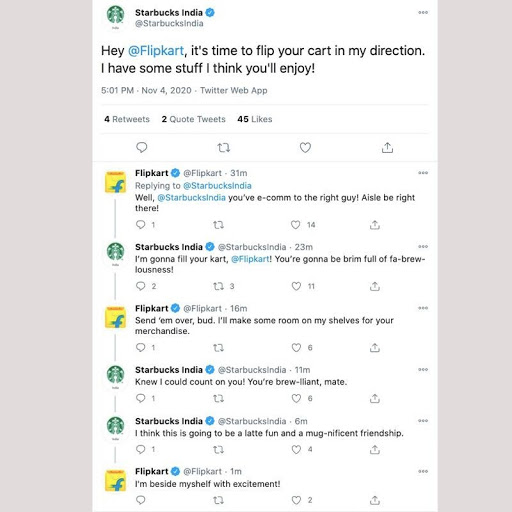 We are all aware of how suddenly the Covid-19 pandemic took over the world. All businesses, globally, were hit overnight. And had to figure out how to sustain themselves in these unprecedented times. The pandemic definitely impacted the Indian market heavily but Starbucks constantly improvised to mitigate the economic impact. A case study in itself, these were the steps taken by the coffee giant during the pandemic which proves why it’s the most valued –

CEO Navin Gurnaney announced that they are launching drive-thrus to encourage people to engage with them, and home delivery to make sure they are connected with their customers during the pandemic. The first drive-thru was at Ambala Chandigarh Expressway in Zirakpur. They have also launched their app – Starbucks India App so that customers can easily navigate and purchase their offerings.

Starbucks launched its social media campaign in 2 phases. The first phase was where they asked their customers to share their ways of reconnecting amidst the pandemic and share their favourite Starbucks memory on their personal Instagram handles with the hashtag #ReconnectWithStarbucks.

This was a great campaign as it not only reminded the people of all the good memories with Starbucks but also made them feel important and valued. 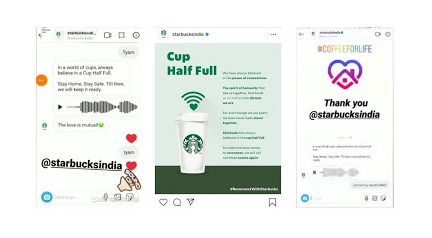 Starbucks launched 1 litre of freshly brewed beverages that could be bought via take-away or ordering through Swiggy and Zomato. 7 flavours were launched at the price of Rs.550 per bottle.

To promote the same, Starbucks launched the #StarbucksDance challenge where it asked its customers to shoot a dance video with the drink and upload them on their personal stories. They promised a year of free Starbucks for the winner.

Strategic Alliances to enhance the experience and reach

The pandemic caused a great shift in how people shop and also encouraged people to shop for home-grown products as compared to imported or foreign-based products. Starbucks used this shift to partner with Flipkart, to launch Starbucks Signature Merchandise on the online platform. The product range included custom mugs, tumblers, cold cups, and more. Customers can also soon order coffee brewing equipment from the comfort of their own homes. Starbucks operated in 12 cities only and hence, this was a strategic move to reach out to customers pan India at their homes during the pandemic while taking advantage of the growing dependence on E-Commerce

Starbucks recently announced the #StarbucksComedyFestival where few lucky customers can win a free invitation to the comedy festival. The lucky codes would be present on the customer’s invoice. With a popular line-up of hosts like Sapan Verma, Azeem Banatwalla and Rahul Subramanian, customers will now be enthusiastic to shop more at Starbucks and stand a chance to win the invitation.

In conclusion, Starbucks is leading the market because of its dominating global presence and leadership. A consumer’s experience at a Starbucks location is arguably different from any other coffee shop because of its intimate atmosphere, welcoming environment, and unmatched service. Their inviting “ideal coffee shop ambience” should prove to be a sustainable competitive advantage. Starbucks’ implemented strategy of retail locations and on-site partnerships have received greater response rates, giving them the leading seat within the mature industry. Starbucks, thus, has a strong market position through its all-inclusive marketing strategy.

If you liked our analysis of Starbucks’ marketing strategy, be sure to check out the series of case studies on various other companies’ strategies written by our students. IIDE makes its students capable to analyse and curate such campaigns and studies. If you would like to gain these skills yourself, IIDE offers various digital marketing courses for people just like you. Start your journey in upskilling yourself today!

Thank you for reading!