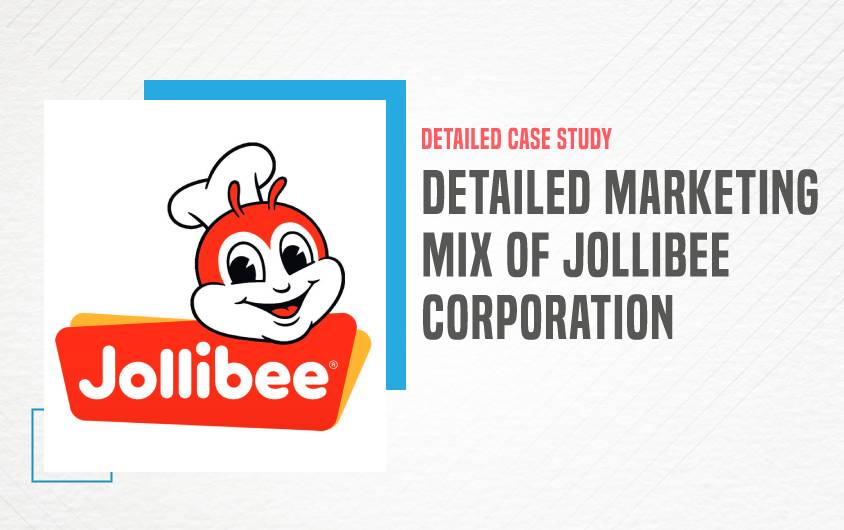 Jollibee is a multinational fast-food chain of restaurants owned by Jollibee Foods Corporation(JFC). Jollibee was established in 1978 by Tony Tan Caktiong and since then Jollibee has been dominating the market of the Philippines.

Today, we will be decoding the marketing mix of Jollibee in depth. You can also visit our blogs to read other case studies.

Before we break the ice, let’s know what the company is about Jollibee is an American-style fast-food restaurant specializing in chicken, burgers, and spaghetti along with several Filipino-influenced dishes. Established in the Philippines, the company has made its way into international markets. They operate more than 1400 stores out of which more than 270 are situated in East Asia, North America, Middle East, South East Asia, and Europe. The company’s headquarters are located in Pasig, Philippines.

Jollibee is giving head-on competition to its international competitors such as Burger King, KFC, & Subway. Even in its home country, Jollibee is ruling on the #1 position followed by McDonald’s and KFC.

Marketing Mix is a term that is used by businesses to advertise their product or services in the market. It also helps the business gain visibility & decides a suitable marketing strategy. Jollibee has a huge portfolio of products which helps them to target different groups in the market. By use of marketing, mixed businesses can increase awareness of their brand. The 4Ps compose the typical marketing mix namely – product, price, place, promotion. Through these 4Ps businesses get to decide their target audience and formulate their strategies according to it. Let’s take a closer look at Jollibee’s marketing mix. 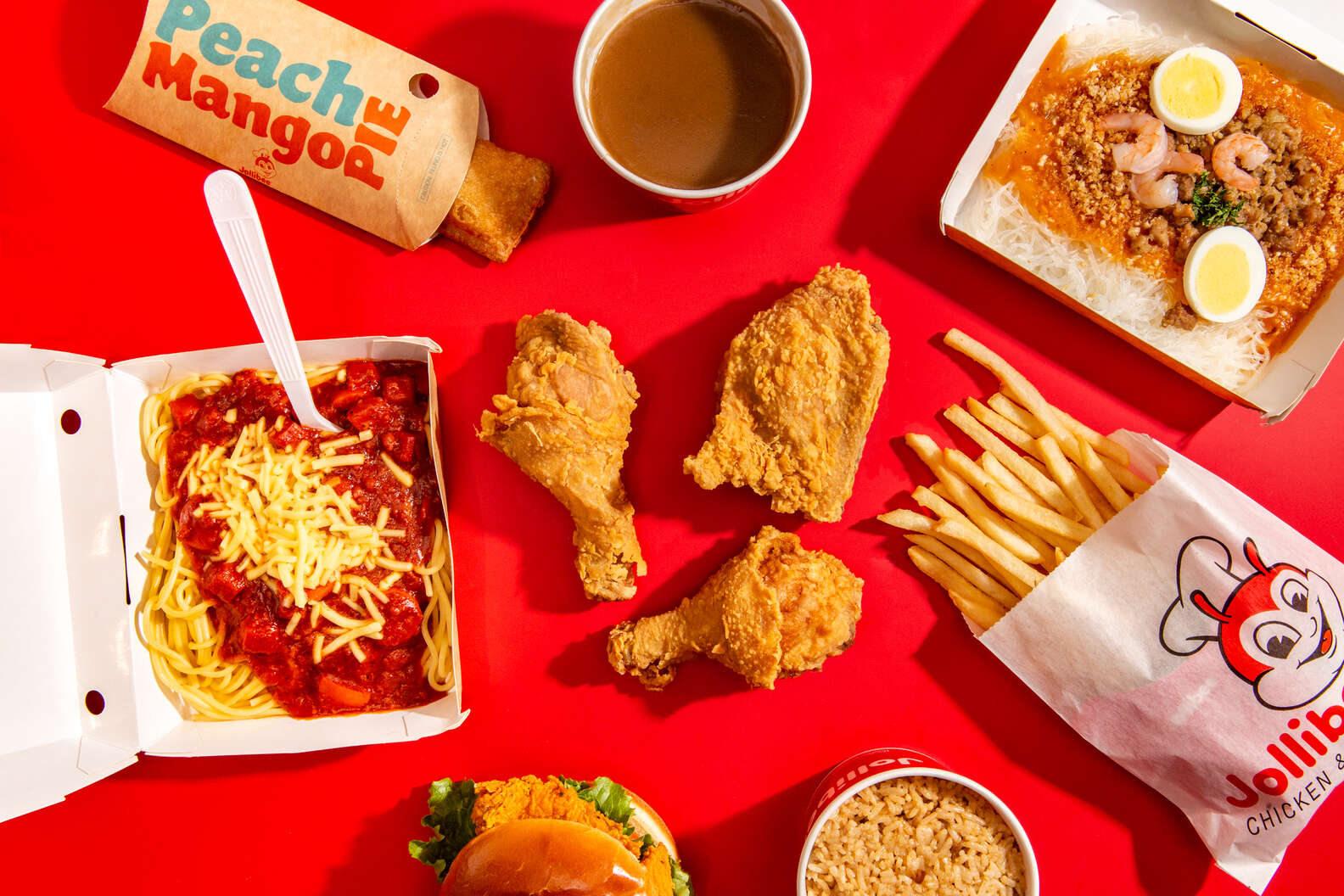 The main reason Jollibee’s products stand out from the rest is their understanding of Filipino taste. Filipinos’ palate is slightly inclined towards the sweeter side. Therefore, Jollibee modifies its menus in accord with the regional taste of its consumers.

As fried chicken is a popular product in the Philippines, Jollibee introduced their style of the chicken way back in 1981 named Jollibee Chicken Joy which soon became their No.1 product and bestseller among all outlets. Chicken Joy is now one of Jollibee’s signature products. Jollibee maintains the highest quality food standards which makes their fast-food products more likable.

The following are some signature products of Jollibee: Jollibee products are decently priced to satisfy the overall demand of consumers from different classes. The company employs competition-based pricing. Because Jollibee is a price taker, they must accept the current market rate, which is decided by supply and demand dynamics. They ought to keep the prices of their products in line with the prices charged by their competitor. As a result, pricing should not be a barrier to entry.

Jollibee’s mission is to render high-quality, great-tasting food at a budget-friendly rate. The combo meals offered by Jollibee are much cheaper than its competitor McDonald’s by almost 10%. KFCs bucket of 6 is priced at ₱439.00(INR 650.30) in the Philippines where Jollibee offers the same for just ₱399.00(INR 591.75) 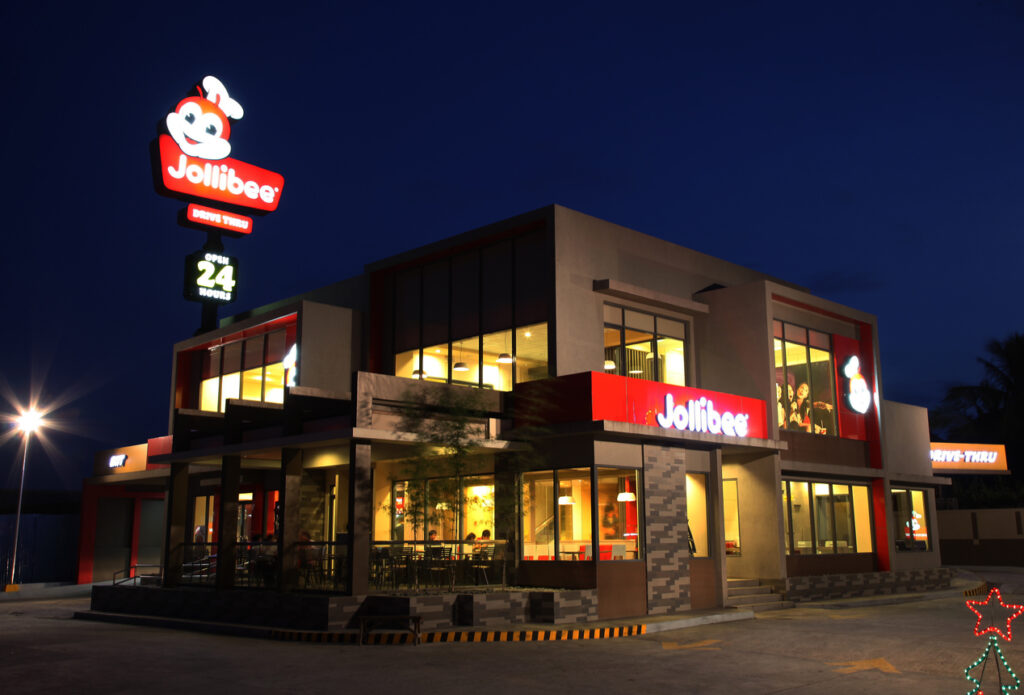 It has been 43 years since Jollibee was established and since then the company has had more than 1400 stores. Jollibee’s origin in the Philippines is what made the company successful. The company is committed to expanding its store across other countries so that everyone can have a taste of their products. They strategically place their outlets in populated areas that allow them to grab the attention of large masses.

Some of their stores are located in malls and on highways so that passengers can grab a quick meal to satiate their hunger.

As per Jollibee’s CEO Tanmantiong, Jollibee will be looking forward to inaugurating 450 new stores to make up for the loss caused by the pandemic. 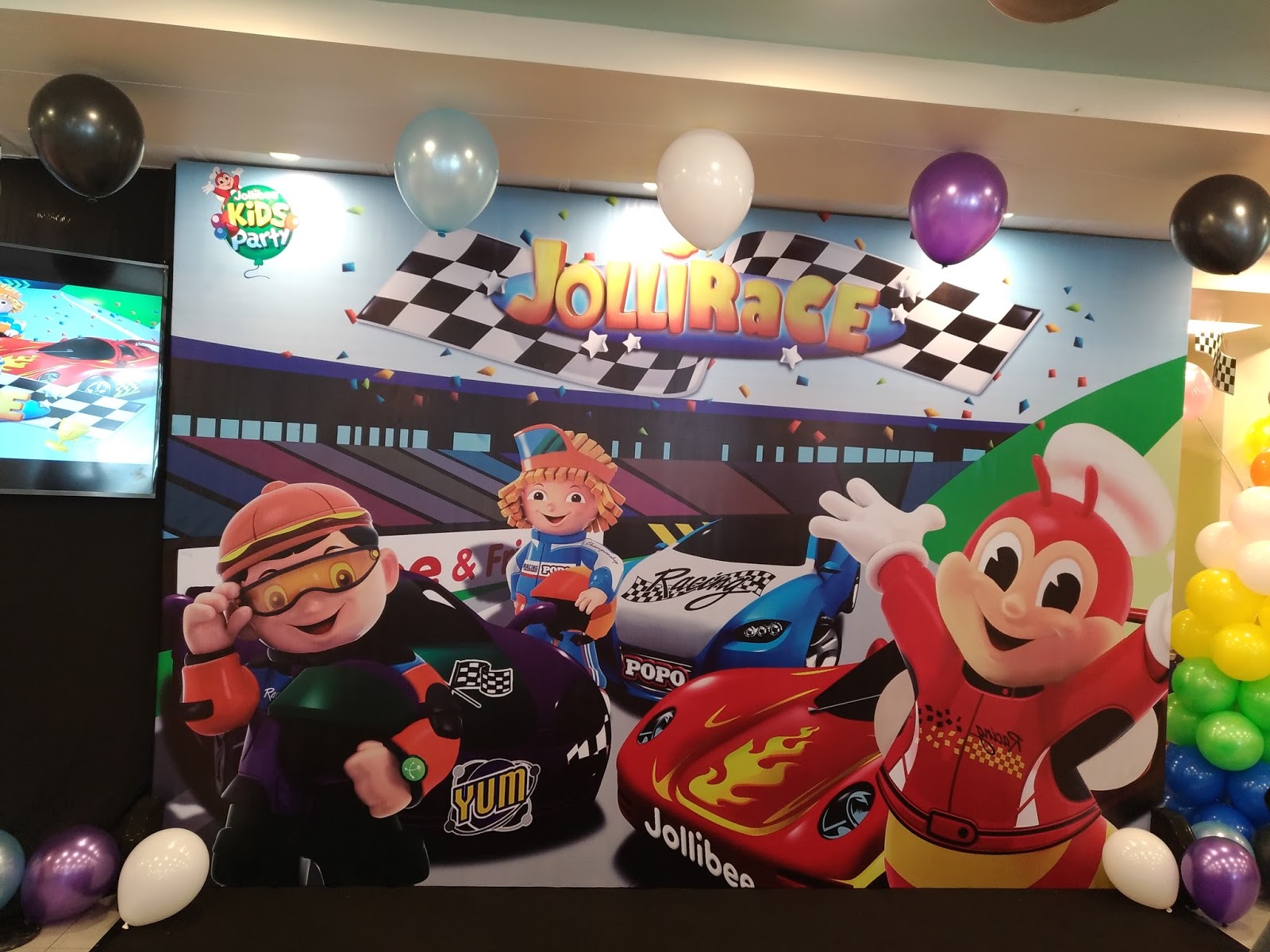 Jollibee is aggressively active in its promotional campaigns. The company focuses highly on its advertisements over several platforms such as TV, newspapers, radio, likable makes and maintains a direct engagement with customers on social media handles. They also use the strategy of community influencers for their promotions.

Their marketing strategy involves short films based on a real story that depicts family love and happiness multiplied when they have a meal together. As the family is a key ingredient of the company their in-store environment makes consumers comfortable like at home. Jollibee makes people emotionally attached to their stores.

Jollibee also launched a television program for kids named Jollitown which was continued for almost five years before its completion on October 12. Jollibee’s targeted audience was children as they can be easily influenced so they introduced kid’s meals in their menus along with limited-edition toys. This strategy worked as children got intimidated to buy kids meals for the sake of toys.

Drive-thru and free delivery services gave momentum to Jollibee’s marketing campaigns. They have launched their app called ‘Jollibee Ordering’ and for its promotion, they are giving out their signature Peach Mango Pie for two weeks on every order placed by an account.

With these 4Ps, the Marketing mix of Jollibee brings us towards the end of this blog.

Jollibee with its advertising and promotional campaign is surely on a bright path. Their promotional strategy gives them access to a large audience without making the prices of the products unaffordable. Their geographical pricing allows them to maintain steady revenue from different markets. And most importantly their homely relation and understanding of their customers’ needs and demands will bring them a huge success over the coming years.

Did you enjoy this case study? Do you want to find out more? Our Free Masterclass on Digital Marketing Fundamentals is a wonderful place to start if you’re new to digital marketing.

We conclude here with the case study of Jollibee and if you liked this blog and found it informative do comment below and consider sharing it with your friends.