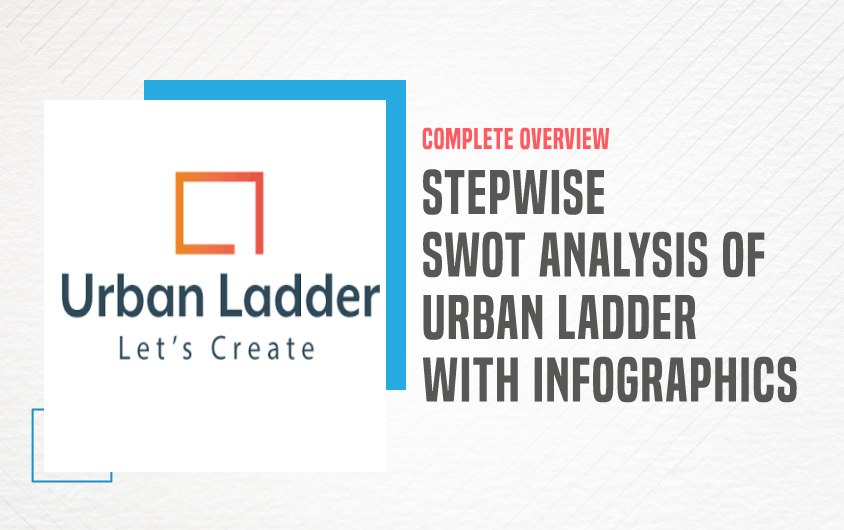 Urban Ladder is a retail furniture and decor company based originated from Banglore. The company has gained popularity due to its strong marketing strategies.

Marketing is an essential element for every business. In today’s world, it has taken a digital shift and now brands are using online platforms for promoting their products. If you want to learn more about digital marketing do check out Free Digital Marketing Masterclass by Karan Shah the founder and CEO of IIDE.

In this blog, we will look at the SWOT analysis of Urban Ladder, before that let’s know more about the company.

SWOT analysis of Urban Ladder focuses on the company’s strengths and weaknesses that are directly related to its nature and strategies, as well as the opportunities and threats that influence the company. Managers, employees, and investors at Urban Ladder may make better decisions based on this SWOT analysis. 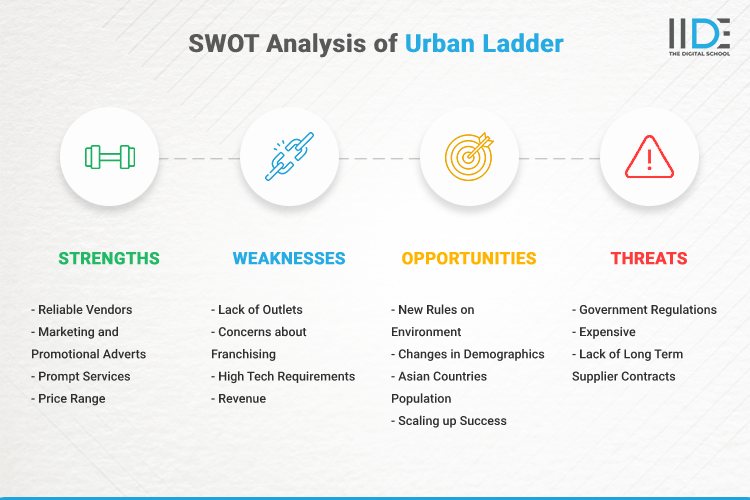 The following are Urban Ladder’s strengths that have helped them establish a strong position. 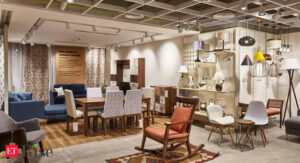 These are the following weaknesses of Urban Ladder, working on this will take them to a higher level.

Following are the opportunities that Urban Ladder should take and come one step closer to becoming the first largest organization chain on the planet.

Following are the threats to Urban Ladder they should look out, failing it they will have to face huge consequences:

Urban Ladder has maintained a great image as a reliable brand with its customers. Their prompt services and affordable price range is one of reasons its so famous among its customers. But  they are not focusing much on their sales and have not invested in expanding their outlets which may pose a problem if they are aiming to expand their business.

If they ever decide to expand their business in the Asian markets then they can expect pretty good sales due to the goodwill and the affordablilty of the brand. Though they face some problems, such as government regulations and contract problems but these may be solved by proper planning by the company. What we would suggest though is that they invest in digital marketing., as it is a cost effective way through which they can take can make their business global.

Getting the right knowledge about Digital Marketing and Completing Certified Courses may get you a chance of working with top companies including Urban Ladder. IIDE offers training in certain digital skills through individual courses, i.e, Short Term Certification Courses, which helps you get up to speed in just 5 days. Check out IIDE’s short-term certification courses include courses on Social Media Marketing, Media Planning, Search Engine Optimization and more.