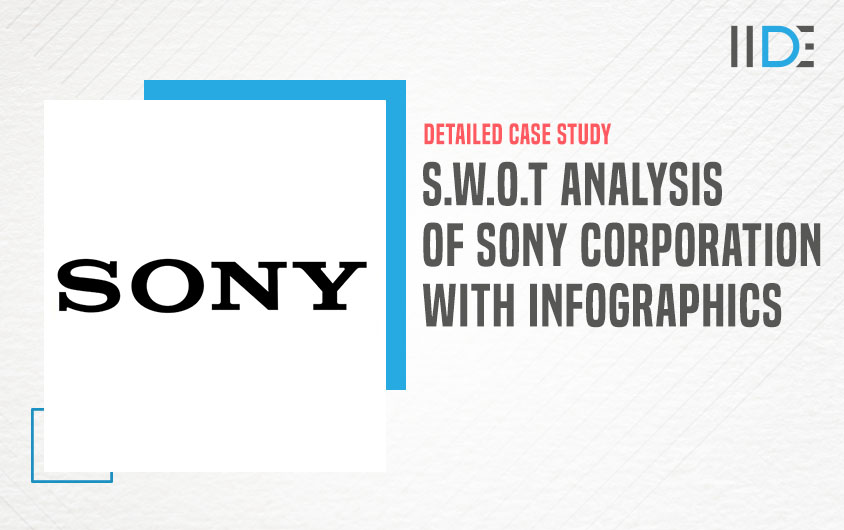 Sony is a well-known global consumer electronics brand from Japan, with a reputation for cutting-edge technology, innovative digital concepts, and superior after-sales support. They began their sales mid-1900s and since then have made a name for themselves for unwavering quality.

One of Sony’s fallbacks is its marketing strategy, putting them at a disadvantage regardless of their superior quality products. Marketing evolves with time, according to the demands and preferences of the present population. If you want to learn more about doing effective marketing in today’s world, check out the Free MasterClass on Digital Marketing 101 taught by Karan Shah, CEO and Founder of IIDE.

Do you want to learn about how Sony Corporation has flourished over the years and the factors that helped it become a global giant? In order to answer that, in this case study, we will do a detailed SWOT Analysis of Sony Corporation. Before we begin, let us learn more about Sony, its founding, products, financial status and competitors.

The electric rice cooker was the company’s first consumer product. Despite the dismal sales of this product, Totsuko, as the company was known then, didn’t suffer a significant setback as it had a profitable repair operation for radios and other electrical equipment. The company went big when they released their very own music device which was powered by a transistor.

In the 1960s and 1970s, Sony moved into the international markets of the United States and Europe, and it has been a significant worldwide player – long before most of its competitors.

Products and Services by Sony Corporation

Sony has been long-standing and flourishing in the electronics and entertainment industry by selling: 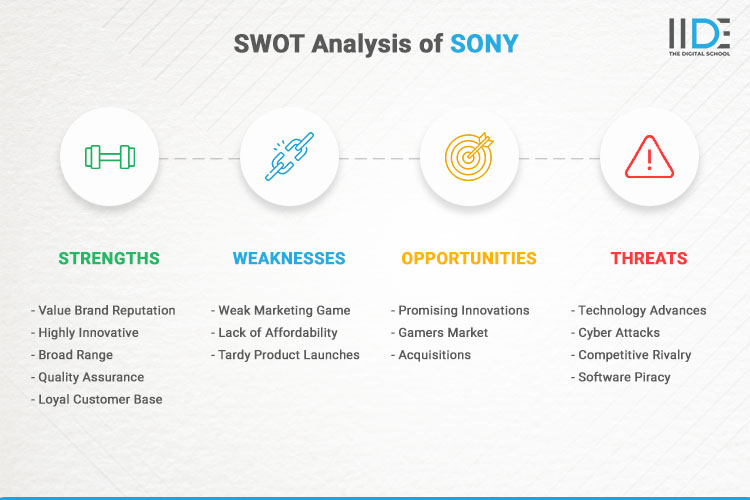 Strengths refer to the internal strategic factors that support business growth and profitability. The following strengths contribute to profitability in Sony’s case:

This aspect of the SWOT analysis identifies Sony’s weaknesses or the internal strategic factors that limit or reduce the company’s performance. Weaknesses create barriers to business growth. Sony’s weaknesses are as follows: 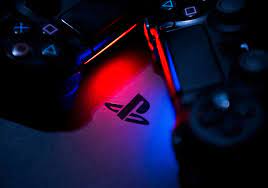 Sony must overcome and solve threats to its electronics, gaming, entertainment, and financial services businesses. Threats are external strategic factors that potentially bring down business performance. Sony faces the following threats in its external environment:

With this, we come to the end of the SWOT Analysis of Sony Corporation. Let’s conclude all that we have learned in this detailed case study.

Sony has been a very well-established company over the years and has always been known for quality and innovative products. Further business diversification can increase Sony’s growth. It has the opportunity to develop new products to create new income streams. However, as seen they need to focus on early and timely product launches as well as reasonable and valuable pricing.

Sony stands weak in its marketing game. Today the digital market is highly valuable for businesses of all types to reach targeted consumers. Sony can highly benefit from digital marketing due to its cost-effectiveness and increasing relevance.

Getting the right knowledge about Digital Marketing and Completing Certified Courses may get you a chance of working with top companies including Sony.

IIDE offers training in certain digital skills and expertise, and IIDE’s Short Term Certification Courses may get you up to speed in just 5 days. Courses include topics such as Social Media Marketing, Media Planning, Search Engine Optimization and many more.