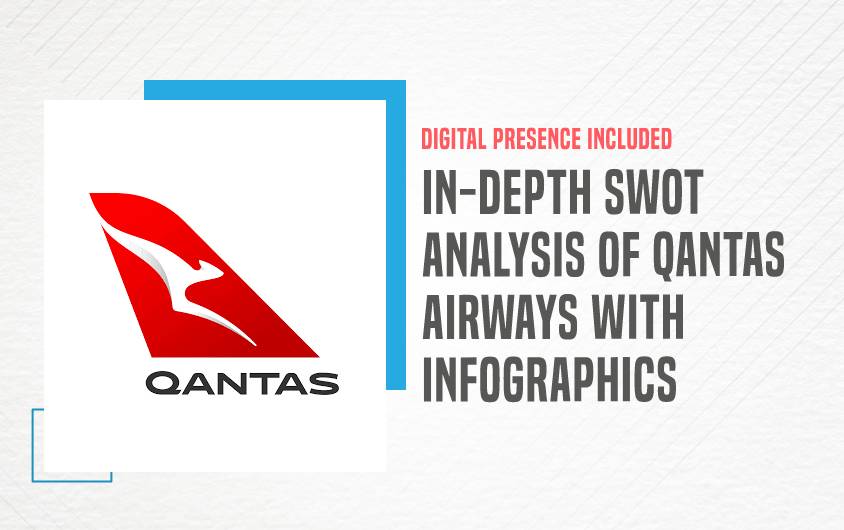 Qantas’ marketing strategies helped rise in the airline industry. With response to current consumer trends and interests, marketing develops. If you want to learn more about today’s effective marketing, attend our Free MasterClass on Digital Marketing 101, led by the Founder and CEO of IIDE, Karan Shah.

Before we dive into the SWOT Analysis of Qantas, let’s take a look at the company, its history, finances, products, and opponents.

Qantas is widely recognised as the world’s premier long-distance airline and one of Australia’s most powerful brands, having been founded as the Queensland and Northern Territory Aerial Services Limited (QANTAS). 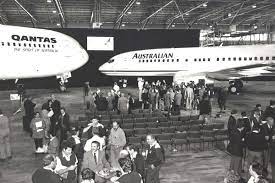 QANTAS and Imperial Airways (a precursor of British Airways) merged to establish Qantas Empire Airways Limited in 1934. (QEA). In December 1934, the new airline started flying between Brisbane and Darwin.

Following nationalisation, Qantas’ remaining domestic network in Queensland was handed to Trans-Australia Airlines, which was also controlled by the Australian government, leaving Qantas with a wholly international network. QEA launched its first services outside the British Empire, to Tokyo, shortly after nationalisation.

Products and Services of Qantas

Following are the top competitors of Qantas – 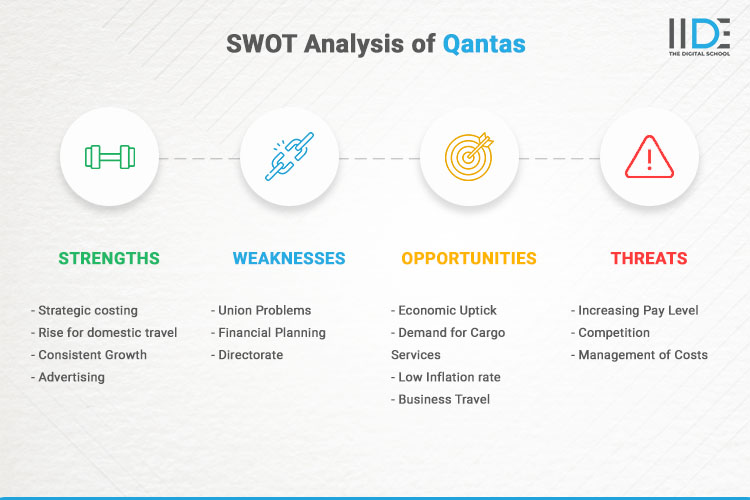 The key purpose of the SWOT matrix is to identify the strategies that a firm can utilize to take advantage of external opportunities, counter threats, and rest on & protect QANTAS Airways’ limited strengths, and eradicate its weaknesses.

Qantas Airways has numerous strengths that help it to thrive in the marketplace. These strengths not only help it to guard the market share in existing markets but also help in penetrating new markets. Some of the strengths are:

Qantas has been leading in Australia and international airline markets with their strong suits in costing, growth and advertising. By working on their business travel packages and catering to the high market demand for cargo services, they can continue maintaining their esteemed stance in the market for years to come.

Having a digital presence has become the most important aspect for businesses all over the world. This necessitates a good knowledge of digital marketing. Completing recognised courses will help you work with well-known firms like Qantas by providing you a full understanding of the methods and functions of Digital Marketing.

IIDE provides training sessions for various digital marketing skills and knowledge, including Short-term certification courses, which include topics like media planning, social media marketing, SEO and more in as little as five days.

Check out our IIDE Knowledge site for additional such case studies if you love in-depth corporate study.

Thank you for taking the time to read this case study on the SWOT Analysis of Qantas. Don’t forget to add your thoughts in the comments box below.