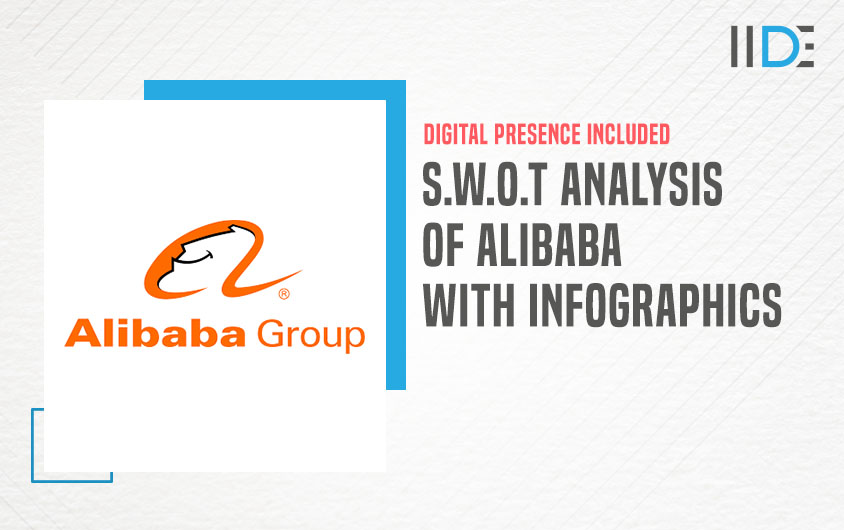 Alibaba is a 24-hour online website where customers can search, analyze, compare and buy products. It is a leading e-commerce website in China and is gradually gaining attraction and popularity globally. Alibaba was called one of the most valuable tech companies in the world after raising $24 Billion.

Before we go into the SWOT Analysis of Alibaba, let’s have a look at the company, its history, financial situation, products, and rivals.

Alibaba Group, aka Alibaba.com, is a Chinese multinational technology corporation specialising in e-commerce, retail, the Internet, and technology. It was established during the late 1900s by Jack Ma. The company owns and manages a diverse portfolio of companies all around the world. 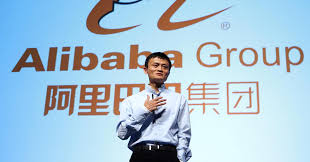 This company began with 18 people under the leadership of Jack Ma. The Alibaba founding group came from humble origins in a tiny apartment in Hangzhou, China. After noticing the significant gaps in China’s internet e-commerce arena, the group began developing their idea of an eCommerce platform that could service China’s internet users efficiently.

Alibaba holds its position in the market by selling the following –

Alibaba is in constant competition with the following companies – 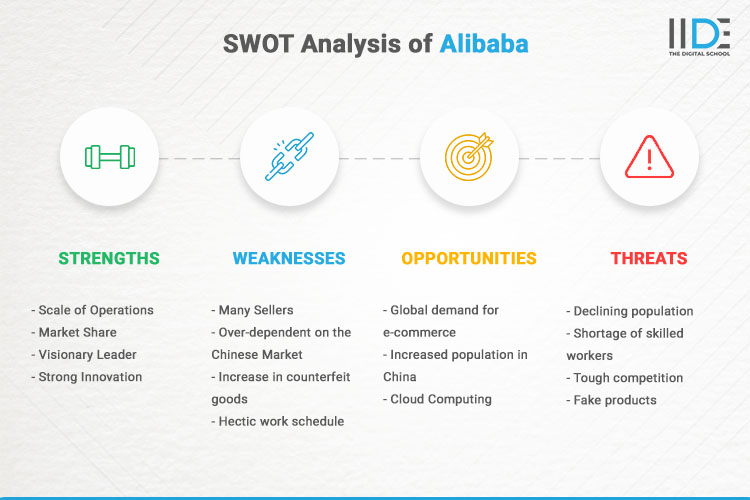 SWOT Analysis is formulated to obtain a strategic and detailed framework that is used by a brand to identify its strengths, weaknesses, opportunities, and threats (SWOT). This analysis will help the brand to determine its strategies, policies, and competitors.

Alibaba SWOT Analysis can be analyzed by the following points:

Weakness is determined when a company lacks in a particular area or field. Following are the areas Alibaba requires to work on –

Opportunities lead to an emerging need for the particular product or when you get good media press this will help to increase brand awareness. 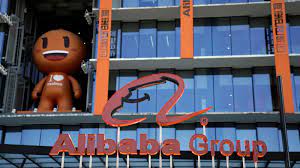 When there are new emerging competitors in the market, changes in the regulatory environment, poor media coverage, brand switching are the various threats observed.

With this, we come to the conclusion of the SWOT Analysis of Alibaba. Let’s briefly summarise the takeaways of this case study.

Alibaba has established a strong stance in the e-commerce market with their large scale of operations, innovative ideas, distributions strategies and strong market share. Even though there are counterfeit items being sold and their main market force is China, they still are preferred by many all around the world. China being the second most populated country is alone their major source of income.

With a strong digital marketing presence Alibaba can reach various countries while benefiting from the cost-effectiveness of digital marketing through multiple channels like SEO, emailing, content marketing, and social media marketing.

Acquiring the principles of digital marketing and completing Certified Courses may open doors to work with large retailers like Alibaba. IIDE’s short-term certification courses may get you up to speed in as little as five days on a variety of digital skills and expertise. IIDE offers short-term certification courses in social media marketing, media strategy, and search engine optimization.

For additional in-depth corporate research, see our IIDE Knowledge site. Thank you for reading, and please share your opinions on the case study in the comments box below.