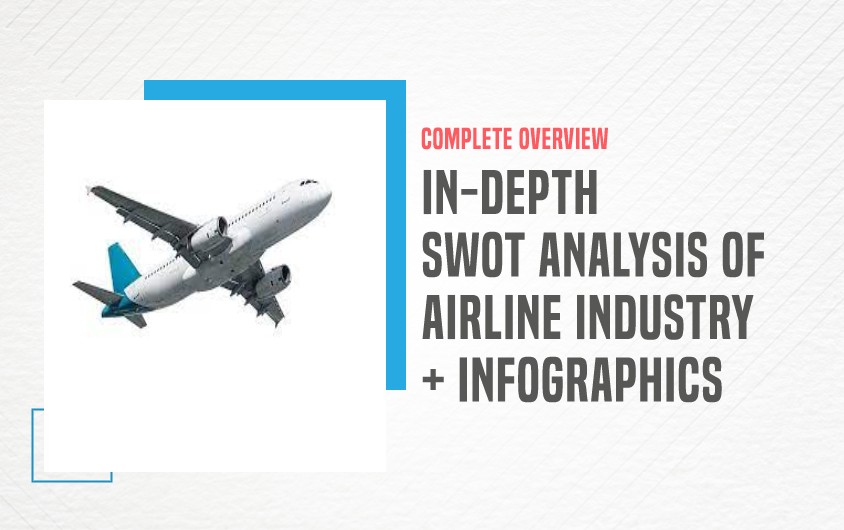 Last time we saw the Marketing Strategies of SpiceJet, today let’s look at the SWOT analysis of Airline Industry.

Airline Industry is one of the most popular and important sectors of any country. Be it any kind of a trip the most preferred option of travel is flights as they are convenient and time-saving. The airline industry plays a major role in connecting us with different countries across the globe and it also adds significantly to our GDP.

Among many reasons, effective marketing by airline companies plays a key role in its rise to popularity. Finding out the best flight for you and booking tickets is all at our fingertips. If you want to learn about digital marketing, check out our Free MasterClass on Digital Marketing 101 by Karan Shah the CEO and Founder of IIDE.

In this blog, we will look at the SWOT analysis of the Airline Industry, but before that let’s have a look at the industry.

About the Airline Industry

With the invention of aircraft in 1903 by the Wright Brothers, the concept of air travel was introduced to the world. The beginning of the airline industry in specific dates back to 1909 when DELAG, a German company introduced an aircraft. This was a dramatic change from balloons and gliders which people previously used to fly in. Airplanes in themselves have changed over the decades, including everything but not limited to the exterior, interior, technology involved, in-flight entertainment and services provided, and flights available.

Mentioned below are the top 10 airlines in 2021, all of which provide flights around the globe: SWOT Analysis is a technique that is used to identify and understand the strengths, weaknesses, opportunities and threats of an organization. It helps a company or a person identify factors that impact a company’s functioning and also helps in planning.

1. Strengths of the Airline Industry

Strengths are the advantages that help the brand to stand out from the competition. Let’s look at some of the strengths of the airline industry.

2. Weaknesses of the Airline Industry

Weaknesses are the points that can hinder the growth of the company, but if identified and worked on properly they can be avoided completely.

3. Opportunities for the Airline Industry

Opportunities are important factors that can contribute to the improvement and growth of the brand.

4. Threats for the Airline Industry

Threats are external factors that can cause potential harm to the company if not realized and worked on as early as possible.

The airline industry is certainly profitable, however, the onset of the pandemic has left its mark on this industry. Despite the drawbacks it faced during the past 2 years, with the reopening of borders and travel restrictions being lifted, people are cautious yet eager to travel. This will have a substantial impact on the future growth of the airline industry. The airline industry has its strengths, weaknesses, opportunities, and threats which will continue to change with time and advancement in technology. Cheaper travel, flights to more destinations will increase its demand and help it reach its potential as an industry.

These companies use various digital marketing strategies for advertising their services. Digital Marketing is the new trend of the marketing world. If you are also interested in studying digital marketing, IIDE is the solution for you. They provide you with top-class courses taught by experts on digital marketing.

Liked the blog? If you want to read more such blogs on different companies, do check out IIDE Knowledge Portal.

Thank you for taking the time to read the blog. Do share your thoughts in the comments section below.