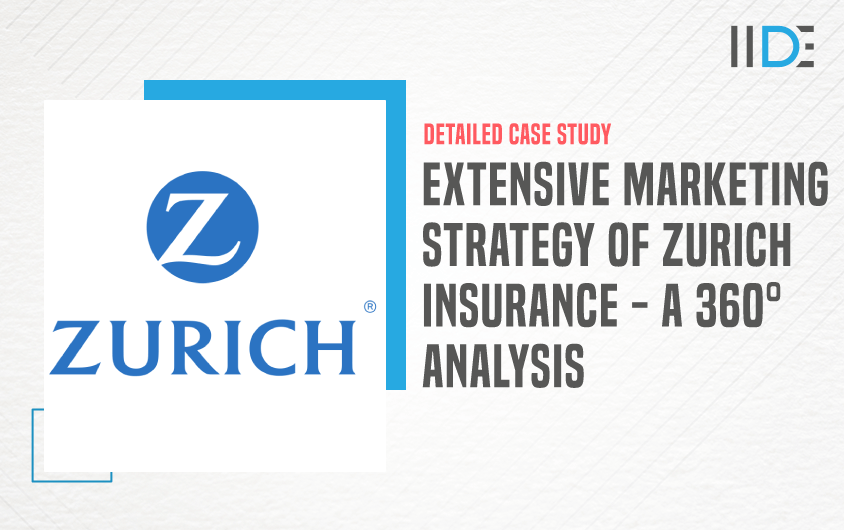 The goal of this blog is to learn about Zurich Insurance Group and how it became one of the world’s largest insurance companies while also fulfilling its corporate social responsibility and remaining viable through various marketing strategies.

As you can see, the world is now completely online, and marketing is the backbone of every industry. If you want to learn more about digital marketing, attend  Free Masterclass on Digital Marketing led by IIDE’s CEO and founder, Karan Shah.

By the end of this blog, we will have learned about the marketing strategy of Zurich Insurance. Let’s start with the company’s story, target audience, and digital presence before delving deeper.

Today Zurich Insurance is the country’s largest insurer. The group is organised into three core business segments: General Insurance, Global Life and Farmers. Total employees at the insurance company are more than 55,000, with customers in 215 countries and territories.

Zurich Global Insurance focuses on traditional marketing channels such as television and print advertisements in the various countries where they operate. These advertisements cover insurance products and are typically societal and human behaviour patterns.

Market segmentation is a marketing strategy that outlines specific groups of customers in order to present specific products or product lines to them in a manner that is beneficial to their interests.

Zurich Insurance customers are the general public, which includes individuals, commercial and corporate customers. Various products and services, such as general insurance, life insurance, investment insurance, and so on, are tailored to these market segments.

A market target is a group of people who share certain characteristics and have been identified by such a company as prospective consumers for its products. Private or public individuals, business owners, private owners, farmers, and investment portfolio agencies are among the Zurich Insurance target groups.

Brand positioning entails arranging for a product to occupy a clear, distinct, and desirable place in the minds of targeted customers compared to competing products, which is accomplished by developing competitive positioning for a product and a detailed marketing mix.

Zurich positions its brand’s relation to various societal issues, trends, and human emotions such as climate change, true love, and what can go wrong in the advertisement storyline, which positions the brand not as a business entity solely interested in money and profits, but as an entity that can relate to various human emotions and needs.

TV advert – what can go right? 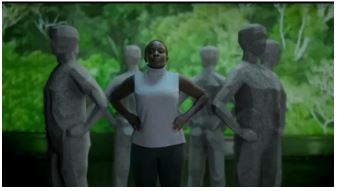 The Zurich Insurance TV commercial campaign “What Can Go Right?” in 2021 was done not only to raise awareness of the impact of climate change on our society. The advertisement urged global society to act for a more sustainable future by constructing statues out of captured CO2. The advertisement portrayed the company as being actively involved in raising awareness and finding solutions to climate change. 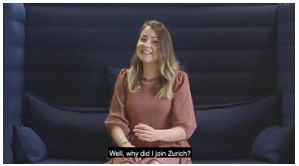 Another Zurich strategy is to sponsor interactive video sessions “like true love stories” that appeal to humanity to “next-generation Zurich” and talk about the diversity of Zurich’s workplace and the wholesome work environment. 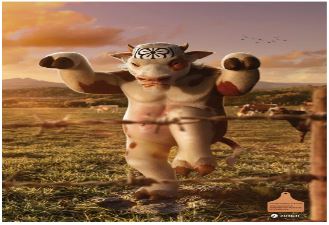 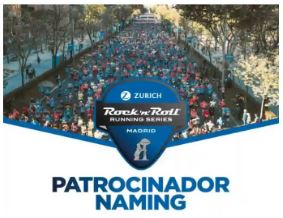 Zurich Insurance’s marketing strategy involves collaborations and sponsorships. It has formed alliances with the World Economic Forum and other risk management organisations. It supports cultural events such as the Lucerne Festival, the greatest theatre in Switzerland, Theatre St. Gallen, and the Zurich Opera House, which is free for all opera in Switzerland.

It also sponsors sports such as ice hockey in Switzerland, endurance sports such as marathons in Spain, and Germany’s Olympic team for the summer and winter Olympics. It has also launched the Vitaparcours course in Switzerland, where people can go jogging in the woods on properly constructed paths. They have golfers as brand ambassadors and sponsor many golf tournaments around the world.

Zurich insurance’s social media presence can be summarised as Instagram – 131k followers, LinkedIn – 658k followers, and their Facebook page is liked by over 916k individuals. Twitter presence consists of over 56k followers. They talk about ecological and social issues like climate change and biodiversity. Sensitization of alcohol addiction and stigmatisation is a part of the social issues they talk about while the products and services they offer to the public are also talked about.

According to SEO rankings, the number of keywords – below 500 is bad, above 1000 is good, and 10,000+ is amazing. As we can see, www.zurich.com has 74,917 organic keywords, which is considered exceptional. That means Zurich’s digital marketing has gained a lot of knowledge.

Also, the monthly traffic is approximately 212,719, which is excellent.

Zurich Insurance Company promotes its brand through its employees, partnerships, and sponsorships of environmental influencers such as Sebastino Salgado, a Brazilian social documentary photographer, and photojournalist who documented Amazonian indigenous peoples, as well as sports personalities such as Collin Morikawa. They also do not promote their brand through social media influencers.

Zurich through its financial Services is gearing to invest $1 billion in (£627 million) expansion of its e-commerce business over the next three years. The group, which includes Eagle Star and Allied Dunbar in the United Kingdom and Farmers in the United States, stated that it hoped to reach 100 million customers – nearly three times as many as it currently has – through the expansion of its internet operation. Zurich also intends to increase the number of products sold to individual customers from 1.8 to four.

Zurich’s e-commerce strategy is woefully inadequate. A quick Google Play search reveals 11 different Zurich apps for various products offered in different regions. Zurich ZIO Members App is the most popular app, with over 10,000 downloads and a rating of 4.8 on Google Play. Zurich International Online ZIO corporate members’ accounts are managed via mobile in this app.

Zurich’s marketing strategy is so natural that even paid television and print advertisements do not force the company’s products on you. The absence of A-list celebrities and social media influencers allows the general public to connect with their message while subtly absorbing the brand’s core value. Even though they offer B2B products and services, it is appropriate to say that their marketing strategy is people-centric.

If you like such in-depth analysis of companies just like the marketing strategy of Zurich Insurance check out our IIDE Knowledge portal for more fascinating case studies.