In our previous article, we learned in detail about the SWOT analysis of La Poste. In this article, we are going to extensively study the marketing strategy of La Poste – France’s leading postal services provider.

The main motive of this article is to help you gain knowledge regarding the marketing strategies used by brands like La Poste in building their market presence.

Digital Marketing is a booming profession in this current online age. It forms the basic backbone of various multinational industries. Therefore, the field of Digital Marketing Strategy offers various viable career options. To know more about the same, check out IIDE’s free masterclass on Digital Marketing.

We will cover the marketing strategy of La Poste in detail in the upcoming section of the blog. 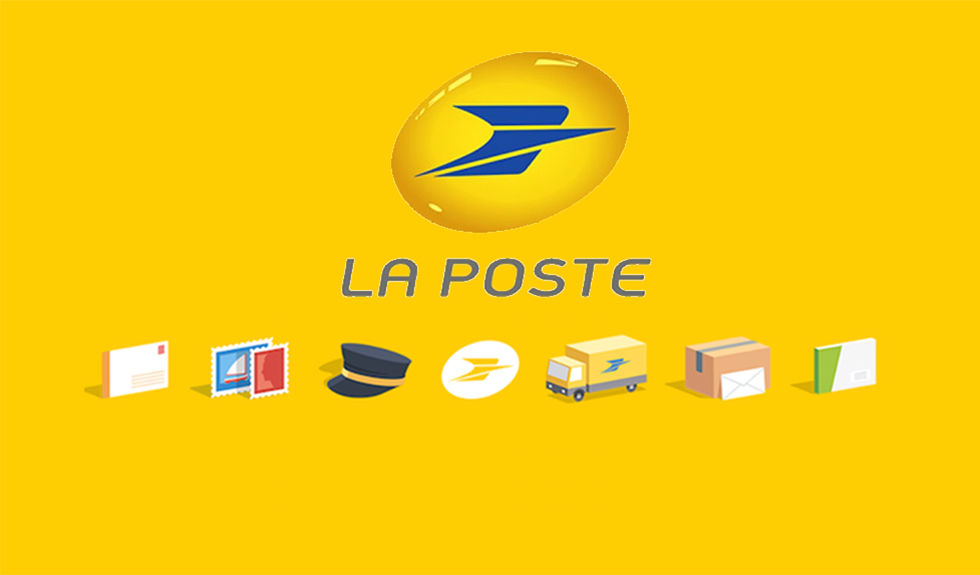 The company was founded in 1991 and headquartered at Colonel Pierre Avia, Paris, France. La Poste became a public limited company in 2010. It is by far the largest provider for mail delivery in France. The company was created after the split of the French Telegraph and Telephone company and until then La Poste was responsible for postal services.

The company has a large distribution network covering almost every city in France along with the cities of Monaco and Andorra and handled 15 billion messages in 2012, of which 97% implied an administration or a firm.

In the year 2000, La Poste inaugurated GeoPost, its logistics and parcel delivery subsidiary. The next year, La Poste launched its online trading platform to come up with online banking services. Along with all this, La Poste also runs an online platform to keep their customers updated about their packages.

The market base of La Poste stands worldwide and thus, segmentation, targeting, and positioning of the worldwide customer base become necessary.

With segmentation, a select group of customers is identified and their interests are analyzed so that the right product can be offered to them. In the case of La Poste, it is the select group of consumers who wish to opt for postal services.

Whereas, targeting involves fragmenting the market and choosing only those segments which are appropriate for the company and lastly, determining the type of product which will be offered to each such segment.

Low supplier power has a favourable impact on profitability and shows that La Poste has a strong negotiating position with suppliers. High entry barriers indicate that fewer new competitors will enter the industry. High fierce rivalry and the danger of substitute products will also reduce La Poste’s market profitability and appeal.

The Marketing Campaign of La Poste involves launching company-appropriate taglines which attract consumer attention. The group is evolving in keeping with its enduring customer base due to its multi-activity approach. Local solutions, a trusting relationship, and regional networks are some of these motivators. In substance, La Poste Group operates both domestically and internationally.

La Poste launched an advertising campaign that aimed at enhancing the value of the group’s businesses. It launched the slogan,” There’s an art to closeness’ under the campaign. It is also included: 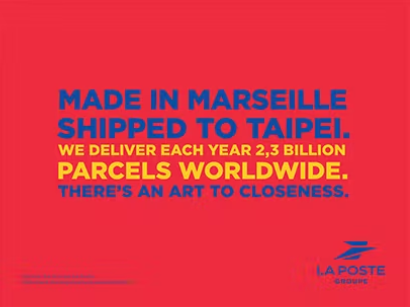 Extensive TV Campaigns were also carried out to increase traffic flow to the site. It also led to a 12% increase in e-commerce activity and helped maintain online store activity. In the opening TV Campaign, “Robot Party,” a man claims that he has bought custom postage stamps with a robot-headed image of himself to accompany to a party. The party has a robotics theme.

The images come to life and begin to dance in unison as the camera focuses on the printed stamp sheet.

Later, the computer transforms into a little space shuttle in the second spot, “Transformer,” when it launches to send the registered letter that the user has produced via the La Poste website. 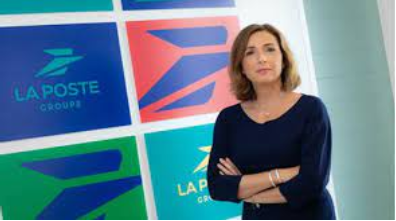 La Poste Group is active on social media sites such as Instagram, Linkedin, Twitter, and Facebook. Their active followers on such sites range from 26K to 252k in total. Aggressive social media campaigning has been adopted by the company and the company is trying its level best to acquire a huge base of customers. One peculiar thing to note is that La Poste’s content is predominated in the french language.

The company La Poste is most active on LinkedIn which is quite evident with its huge number of followers.

The type of content created by the company is mostly promotional and aims at introducing the customer to their vast variety of services. Essentially in social media marketing, they are involved in giving solutions to customers on special occasions such as mothers day so that the customer prefers their service over others. Their campaigns highlight the superior quality of services which La Poste offers to its customers. 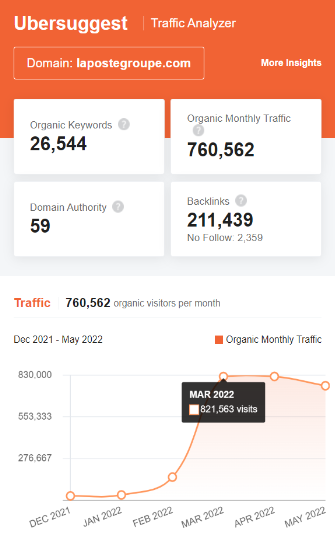 As per SEO Ranking, keywords exceeding 10K are considered excellent. In the case of La Poste, the organic keywords exceed 10K and thus, it can be deemed that the company has excellent Search Engine Optimisation. It is working in the right direction that is needed to harbour growth as well as optimal searches.

Brand association depicts how consumers relate to La Poste based on their perceptions, prior encounters, interactions with the company’s staff, prices, ads, word-of-mouth, celebrity associations, and media coverage.

La Poste has not collaborated with any influencers. Hence, The company must concentrate on this task and grow its network by getting influencers on board.

With the ever-growing e-commerce industry, La Poste has succeeded in capturing the market through digital transformations. It is evidenced by the launch of

As a result, parcels delivered kept surging with the introduction of new technologies.

La Poste has a personalized app named La Poste – Services Postaux which focuses on sending, tracking, and delivery of couriers from the comfort of the homes of the customers. However, the language used in the app is predominantly French language.

The focus of LaPoste is to educate the customer about a wide variety of its services. Alongside an introduction to a large number of services, the content marketing strategy of La Poste includes eye-catching advertisements, print ads, and campaigns. The focus is to attract a huge variety of customers ranging from different segments so that acquisition of customers can be easily done.

La Poste has incorporated digital marketing in a commendable way. Its marketing largely depends on digital platforms and through this case study, we can comprehend that there is a balance between organic and paid digital marketing campaigns for the company.

If you like such in-depth analysis of companies just like the marketing strategy of La Poste check out our IIDE Knowledge portal for more fascinating case studies.