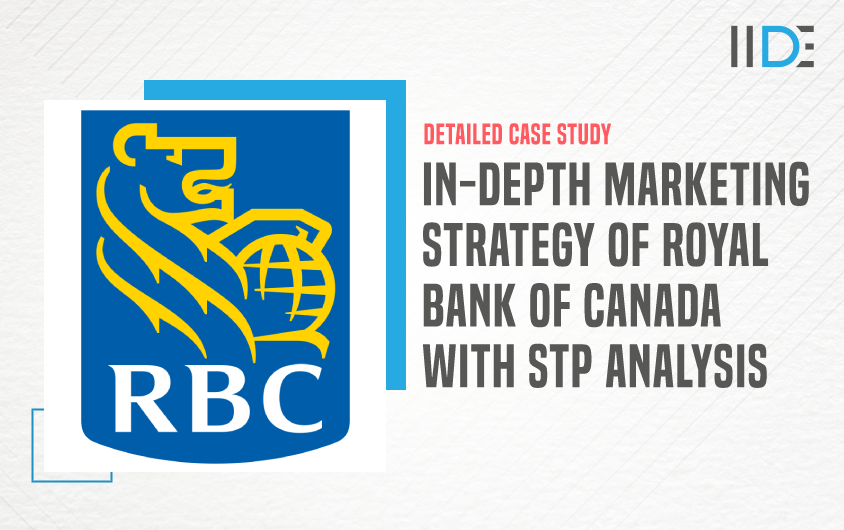 In a previous article, we learned about the Marketing Strategy of American Express Bank, a multinational corporation and a leading payment card service provider. In this blog, we are going to elaborate on the marketing strategy of Royal Bank of Canada  – the largest bank in Canada and a multinational financial services company.

As you can see, the world is now completely online, and marketing is the backbone of every industry. If you want to gain knowledge more about marketing, attend our Free Masterclass on Digital Marketing led by IIDE’s CEO and founder, Karan Shah.

By the end of this blog, we will have learned about the marketing strategy of Royal Bank of Canada. Let’s start with the company’s story, target audience, and digital presence before delving deeper. 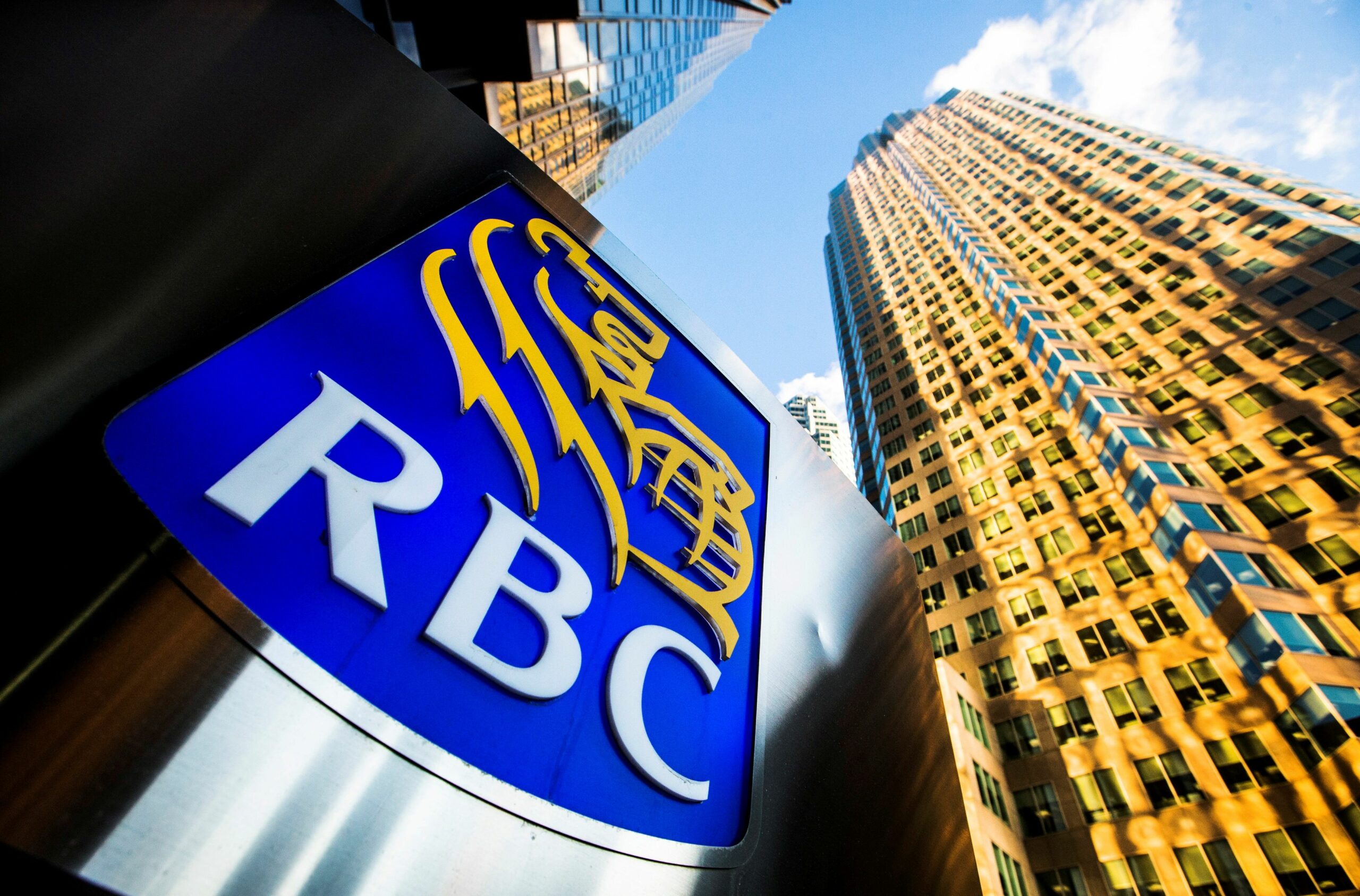 The Royal Bank of Canada is a Canadian multinational financial services corporation and the country’s largest bank by market capitalization. The bank has over 16 million customers and over 86,000 employees worldwide.

It was founded in Halifax, Nova Scotia, in 1864, and now has corporate headquarters in Toronto and its head office in Montreal.

There is my topic that will be included in the marketing strategy of progressive which will help you to understand more about it. Let’s begin with Segmentation, Targeting, and Positioning.

The Royal Bank of Canada audience seems to have a wide variety of interests, from a love of professional sports to tweeting about real estate. Royal Bank of Canada delves deeper into who its distinct segments truly are, allowing them to deliver on its promise to be more customer-centric.

Royal Bank of Canada offers financial services and products with a social component to Aboriginal communities, individuals with disabilities, low-income clients, students and youth, seniors, women entrepreneurs, and newcomers. They also support a variety of programmes and initiatives that benefit underserved communities or groups.

Royal Bank of Canada is the market leader in nearly every major Canadian banking product category.

A rigorous emphasis on the client first, collaboration, accountability, diversity and inclusion, and integrity would be an accurate summary of the key values that guide, unite, and inspire Royal Bank of Canada employees to achieve record results year after year.

They position themselves as a bank that focuses on setting reasonable banking fees for their service packages allowing them to provide value to their clients. 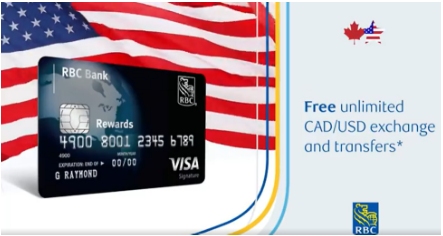 With border restrictions loosening, Canadian snowbirds are looking to escape south to avoid the upcoming winter. Amid this rush, Royal Bank of Canada has made an important move by furthering its clients’ access to cross-border banking services.

Knowing that travel across the border has already been accelerated, Royal Bank, as one of the largest banks in North America, made certain that its clients are aware of and prepared for the benefits that the bank is providing.

This marketing campaign, in our opinion, was launched just 10 days before the reopening of the US-Canada land border. Furthermore, YouTube, LinkedIn, and other platforms have been used to raise awareness as soon as and as quickly as possible. 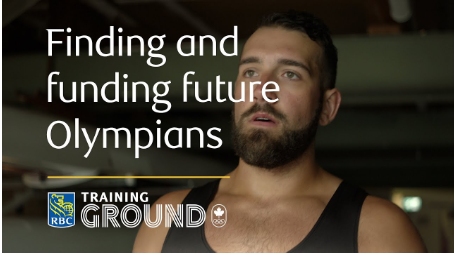 Another campaign is the first campaign on the ‘Ideas Happen Here’ platform of Royal Bank of Canada which will include TV commercials and other advertisements featuring Royal Bank of Canada Training Ground participants, the bank’s programme that finds and funds potential Canadian Olympic athletes.

The wider scope of the campaign will also feature athletes (such as diver Jennifer Abel) using Royal Bank of Canada products and services, such as AI financial advice tool Nomi, MyAdvisor, and the new Royal Bank of Canada Vantage, and will run during CBC’s Olympic broadcasts, as well as social and digital channels, throughout the Olympic Games.

It All Adds up – Financial Literacy Campaign Students in elementary school learn to track and analyse their wants and needs, whereas students in secondary school create a personal budget to help them begin planning for life after high school.

The LinkedIn and Facebook handles have around 550K followers whereas Instagram has 59.4 K followers. LinkedIn is a more professional social media platform that excludes young teenagers because the majority of them do not have LinkedIn accounts.

The posts include promotional and informational content about their various campaigns, as well as some posts about new products/service launches. 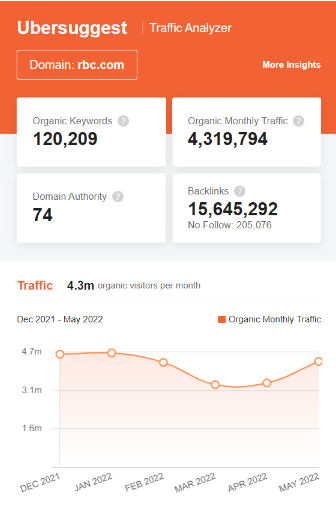 According to SEO rankings, the number of keywords – below 500 is bad, above 1000 is good, and 10,000+ is amazing. As one can see, www.Royal Bank of Canada.com has 120,209 organic keywords, which itself is considered excellent. That means Royal Bank of Canada’s digital marketing strategies are gaining a lot of traction and are working well.

Furthermore, the monthly traffic is approximately 4.3M, which is an excellent figure. As a result, the Royal Bank of Canada has clearly made efforts to optimise its search engine results and is reaping the benefits effectively, as evidenced by the numbers.

Analyzing the Facebook page reveals that the Royal Bank of Canada is constantly updating it with new posts.

Royal Bank of Canada uploads videos or photos of events with their partners (for example, The Official Canadian International AutoShow), and you can also see posts with new programmes by the bank’s innovations.

It uses the platform Instagram for collaborating with influencers with more than 1k followers and relative interest in finance. The influencers along with the Royal Bank of Canada put up informational videos about the company’s different products and how they can help individuals to manage their funds effectively.

Also, it serves as a medium to provide financial literacy through different audio-visual messages.

To make banking more convenient for their clients, Royal Bank of Canada provides fully integrated mobile applications for all major platforms in Canada.

The Royal Bank of Canada Mobile app has a wide range of features, including the ability to view account details, pay bills and transfer funds, send money via Interac e-Transfers, and locate nearby branches and ATMs.

Because it combines this functionality with simplicity and ease of use, it consistently receives high ratings in app stores.

The Royal Bank of Canada mobile app is available for both Android and IOS users. It allows you to use their personalised tools to spend, save and manage your funds at your fingertips.

You can access your monthly fee amount, rebates or Royal Bank of Canada reward points, all in one place without any hassles. You can also manage shared finances among your social circle on this app.

With the rise of the digital world, where almost everyone spends at least an hour a day on their phones, proper digital marketing and online presence can be a great way to improve customer relations as implemented by the Royal Bank of Canada to further their customer base and spread awareness about their financial services through different digital mediums.

If you like such in-depth analysis of companies just like the marketing strategy of Royal Bank of Canada check out our IIDE Knowledge portal for more fascinating case studies.