In our last post, we learned about the SWOT analysis of Bharat Heavy Electrical Limited. In this blog, we will discuss the marketing strategy of Power Grid Corporation of India statutory corporation.

The objective is to learn and gain insights into Power Grid Corporation and how it became India’s power corporation. The aim of this company is to utilise the resources for bulk transmission of power through its EHVAC (up to 765 kV level) and ±800/±500kV HVDC transmission network.

Marketing is a component of a company’s DNA that can either make it or break it. As users across the world go digital, marketing has tracked them to the digital domain as well. If you are interested in new-age digital marketing, then you should check out IIDE’s Free MasterClass on Digital Marketing 101 by our CEO and Founder, Karan Shah. 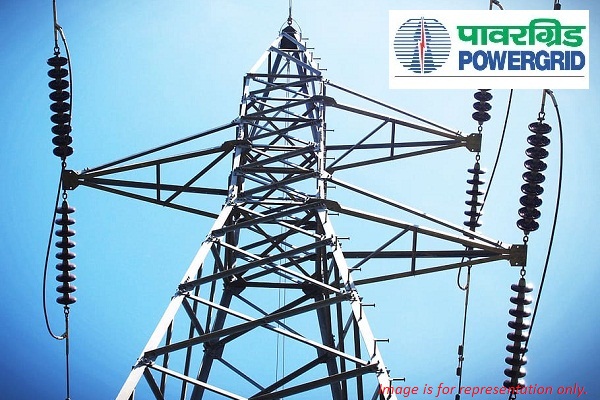 Powergrid Corporation belongs to the Government of India – is one of the leading power generation companies in India. In 1980, the Rajadhyaksha committee on power sector reforms offered a document to the government of India pointing out that reforms had been wanted withinside the Indian electricity sector.

After that on October 23, 1989, the national power transmission corporation limited was formed under the companies act, of 1956 and allocated the duty of planning, planting, executing, and keeping the voltage transmission structures withinside the territory. In 1992 October, the National Power Transmission Corporation was modified to the Power Grid Corporation of India. The headquarters is situated in Gurgaon, Delhi.

Power Grid Corporation of India Limited is positioned by a monopolistic presence in an industry in the mind of the common public under the jurisdiction of the Ministry of Power, Government of India.

Powergrid is the technology frontier 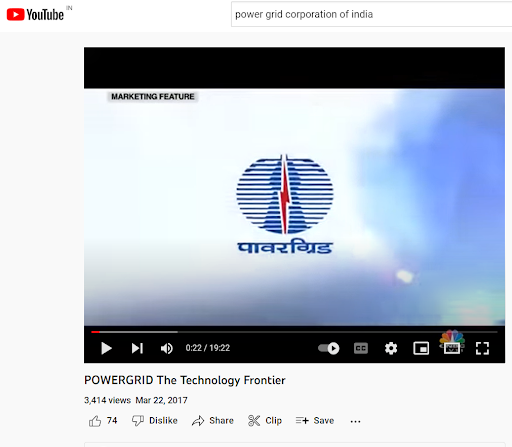 In 2017, on March 27 news was released by our honourable P.M. Narendra Modi about providing electricity to every house 24/7. The video was also cast on their youtube channel with 3k+ views. The campaign is still running and many rural areas of India are using the benefit of this campaign. Many villagers who were living out of electricity are now enjoying their life with the lights, and students who were studying under the streetlights or desi tuki are now at home focusing on their future with the help of 24/7 electricity and lights. 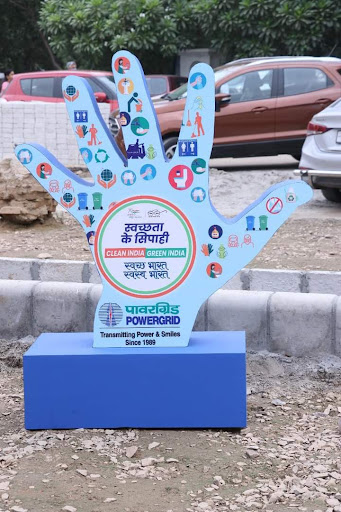 This campaign is to clean India by removing the waste through various solutions. The campaign is very essential for the future of India. So, the power grid corporation started the campaign of spreading awareness about cleanliness through vans and various activities. This campaign was started recently on 16th May 2022 and is going to end on 31st May. The campaign is being successful and it is being helpful to clean the environment. 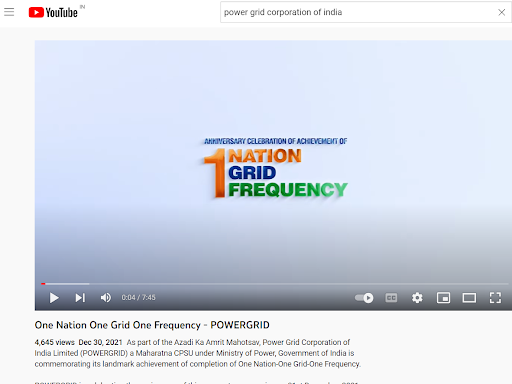 On the anniversary of the achievement of One Nation One Grid One Frequency, Power Grid Corporation of India organised free health checkups and medical camps at more than 70 locations all over India. The campaign was successful and many people got benefited through this campaign. As per the news the medicines were also provided free for the needy and helpless people.

Power grid corporation of India limited is actively present on Twitter (with a followers count of 25.9K people) 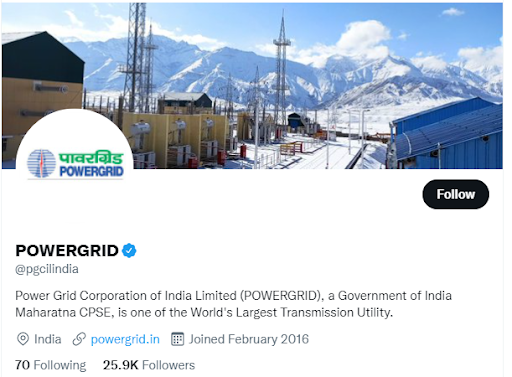 And Facebook (with a followers count of 38.9K) engages with the public by updating their posts and tweets, a day to day content about various current and future projects with their achievements to bring awareness of their brand among the wide range of people in India.

They are also available on youtube with 6k+ subscribers. They post short videos about their ongoing projects and future projects. The public engagement is also good on their youtube channel. 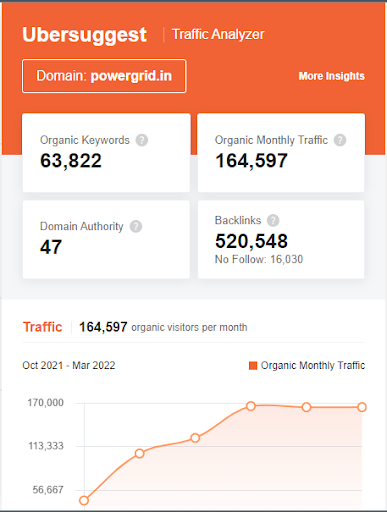 As per SEO ranking, it is said that the number of keywords – below 500 is bad, above 1000 is good, and 10,000+ is amazing. As we can see, Powergrid corporation has 63k+ organic keywords and it’s outstanding. That means the digital marketing of the power grid is gaining a good number of insights.

Also, the traffic per month is around 164K+ which is unbelievable. Hence, the Powergrid SEO strategies and SEO team is working hard enough to keep the brand soaring in the Google organic SERP results.

The Power Grid Corporation of India promoted itself through our honourable prime minister Narendra Modi and different other politicians as its influencer while they introduced new projects and also for the inauguration programs. This strategy used by the power grid corporation of India brought huge awareness among the people spread throughout the entire country. Powergrid Corporation of India has its official application named POWERev. As Powergrid believes in restructuring the environment and decreasing pollution they use their website to give facilities for the people who also believe in saving the environment by using e-vehicles. They help them to locate power EV charging stations, pay the charging expenses using Paytm, keep the record of the bill and many more.

By having a huge number of followers and by actively presenting on the social media Power Grid Corporation of India daily posts new and trending content on their official accounts. They never fail to wish the public for any events. They also announce to the public their new projects.

As we all know, digital marketing has taken a drastic change because of pandemics that affected every business. As per digital marketing statistics, about 60% of the population of the world uses the internet. It rose by 20% in the past two years due to the pandemic with many businesses going online. An established company’s image is everything. The right campaign strategies can make or break a company’s brand image. Through digital marketing, effective campaigns can be designed and the scope of fixing any glitches immediately is there.

With the increasing importance of digital marketing, learning about the growing field is an important step. If you would like to learn more and develop skills, check out IIDE’s 4 Month Digital Marketing Course to learn more.

If you like such in-depth analysis of companies just like the marketing strategy of Power Grid Corporation of India, check out our IIDE Knowledge portal for more fascinating case studies.

Thank you for taking the time to read this, and do share your thoughts on this case study of the marketing strategy of Power Grid Corporation of India in the comments section below.