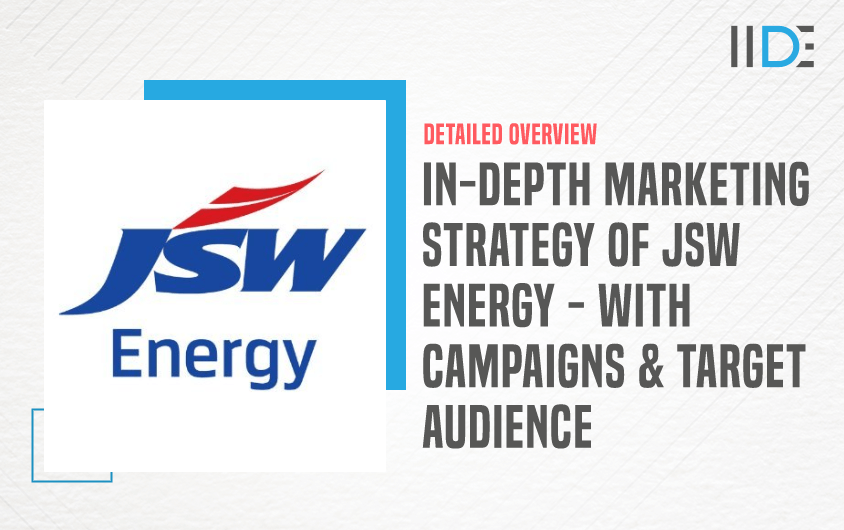 The objective is to learn and gain insights into JSW Energy and how it became India’s leading power company. The aim of this company is to utilize the resources most efficiently and contribute to making India one of the ultimate power performers in the world.

Marketing is a component of a company’s DNA that can either make it or break it. As users across the world go digital, marketing has tracked them to the digital domain as well. If you are interested in new-age digital marketing, then you should check out IIDE’s Free MasterClass on Digital Marketing 101 by our CEO and Founder, Karan Shah. JSW Energy Limited (JSWEL) is a division of JSW Group in India which is involved in various areas of power: Generation, Transmission, and Trading. The company does not produce anything to be sold, they generate and transmit energy throughout India. It is also the largest private producer of hydropower in the country, with a total hydro asset base of 1,300 MW.

JSW Energy has launched many projects to promote green energy and renewable energy in India. Some of them are- 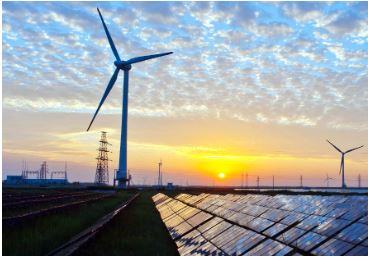 JSW Energy and Maharashtra Government have signed 2 MoUs to set up 2 green projects worth Rs 35,500 crore. The agreement is under the State Government’s Magnetic Maharashtra 2.0 initiative, started last year, to focus on promoting investment and growth. The two new projects will supply green renewable power continuously, and help Maharashtra reduce its reliance on non-renewable sources of energy. The projects are expected to kick off in 18 months and are expected to generate 6,500 MW of clean energy in northern and western Maharashtra. 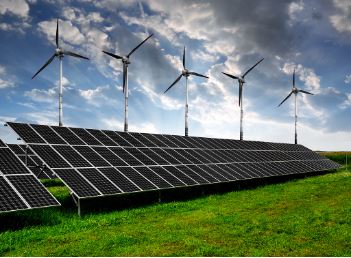 JSW Energy, one of the leading power generation companies in India announced that JSW Renew Energy Two, a project SPV formed by JSW Future Energy – 100% subsidiary of JSW Energy has signed a power purchase agreement (PPA) with Solar Energy Corporation of India (SECI) for the accumulative contracted wind capacity of 450 MW. With the signing of this PPA, about 2,218 MW of PPAs for Wind and Solar projects have been signed by different subsidiaries of the Company in the past few months and marks a significant milestone in the Company’s evolution to become primarily a renewables driven player. 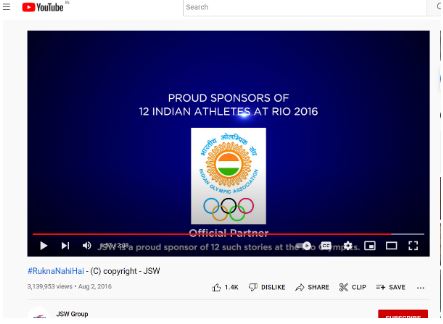 JSW energy launches the social media campaign #RuknaNahinHai with the purpose to raise awareness about the RIO Olympics 2016. JSW Energy titles the campaign #rukhnaNahiHai to show the 12 contestants of India. The video started with a little girl who is determined to do sports and ended with introducing the 12 contestants in the Rio Olympics. This campaign was successful with 3.1Million views. The hashtags, promotions and advertisements were on the point. 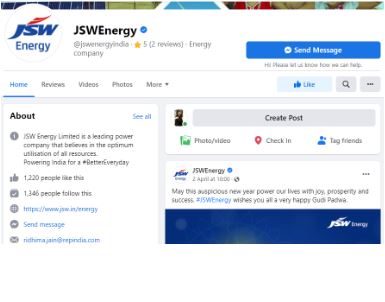 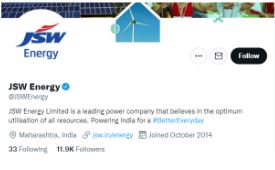 As per SEO ranking, it is said that the number of keywords – below 500 is bad, above 1000 is good, and 10,000+ is amazing. As we can see, JSW Energy has 198 organic keywords and it’s considered very bad. That means the digital marketing of JSW Energy is gaining not a good number of insights.

Also, the traffic per month is around 1K+ which is not good. Hence, JSW Energy needs improvements in its SEO strategies while working hard enough to keep the brand soaring in the Google organic SERP results.

Most of the marketing of JSW Energy relies on the parent company and sister companies like JSW Sports, JSW Steel, JSW Paints, etc. For example, JSW Sports sponsored a lot of athletes for the Tokyo 2020 Olympics. Neeraj Chopra, the first-ever Gold Medalist of the Javelin Throw event from India helped to promote green energy and renewable energy for the company for a brief period.

JSW Energy does not have an online selling portal. They do not have an eCommerce strategy because energy is not something that can be sold directly to consumers. They have an official website which has all the information regarding the company available on it including financial reports, statistics of the company, etc.

Most of JSW Energy’s posts, blogs, and social media images are related to green energy, renewable energy, and less carbon emission while power generation. Its main goal is to become the country’s most substantial full-service power company with the most efficient utilization of resources. They are promoting green energy and renewable energy through various projects led by them not only in India but even internationally.

As JSW Energy is one of the leading power generation companies JSW Energy accounts for 4531 MW of power generation capacity. Out of this, JSW Energy operates thermal power which accounts for 3140 MW and hydel for 1391 MW, the biggest issue plaguing them is their effort in marketing. Marketing is an important function in the company’s existence and in the current scenario, there is a rapid increase in digitalization.

Though the company seems to be taking baby steps towards the same and has started with influencer marketing, they need to have a very strong SEO base to improve its monthly traffic and increase its presence; nevertheless, they have a long way to go. The company has turned its head toward hiring digital marketing as well as marketing professionals; hoping this step would yield the much-required results.

Just like JSW Energy, almost every other company is looking to improve their digital presence and hence looking for digital marketers. If you would like to learn more and develop skills, check out Online Digital Marketing Course to learn more. Or else you can attend one of our free online masterclasses held by IIDE’s CEO, Karan Shah which will give you a glimpse into the world of digital marketing.

If you like such in-depth analysis of companies just like the marketing strategy of JSW Energy, check out our IIDE Knowledge portal for more fascinating case studies.

Thank you for taking the time to read this, and do share your thoughts on this case study of the marketing strategy of JSW Energy in the comments section below.