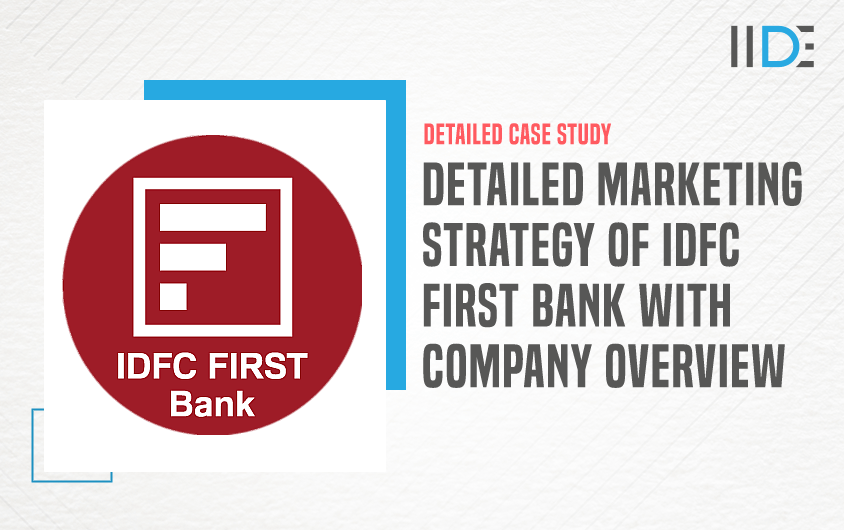 The objective is to learn and know about IDFC First Bank and how it aims at moving the growth trajectory by serving customer segments that are the growth drivers of the Indian economy.

Marketing is an integral part of a company’s DNA. Marketing has followed users worldwide as they migrate to the digital realm. If you are interested in new-age digital marketing and want to learn more. In that case, you should definitely check out IIDE’s Free MasterClass on Digital Marketing 101 by our CEO and Founder, Karan Shah.

In this blog, we will go over the marketing strategy of IDFC First Bank in detail. Getting to know the company’s history, target audience, and digital presence is the first step in our deep dive.

IDFC bank was started in the year 2015 and it started operating on 1st October 2015. It was formed as a part of an integrated infrastructure finance company. The bank was launched in 2015 under demerger from IDFC Limited. They started their operation with 23 branches in Madhya Pradesh, Delhi, Mumbai, Hyderabad, Bangalore, Pune, Chennai, Ahmedabad and Kolkata. 15 branches are in settlements with a population of less than 10,000. In Honnali and Karnataka, IDFC First Bank launched its 100th branch in October 2017.

In the retail sector, IDFC First has been highly aggressive. The bank aspires to serve the retail market primarily. It still focuses on corporate banking, but it has expanded into allied industries like trade, FX, cash management, salary accounts, and treasury.

The IDFC FIRST Bank was designed from the start to be very different from what it was before. With the aim of accelerating its growth trajectory and serving many more consumer categories that are growth drivers for the Indian economy, it has refocused on the retail sector. Our new bank combines cutting-edge technology with a better liability platform from the former IDFC Bank with analytically driven lending skills, the retail DNA, and a proven track record of profitability from the former Capital First.

The Bank currently holds a dominant position in a few retail asset areas. The Bank’s technologically advanced liabilities platform is positioned for exponential growth with a new emphasis on broadening penetration across the country. The total subscriber base is currently 7.3 million and expanding, with a major portion of it located in India’s thriving hinterland. 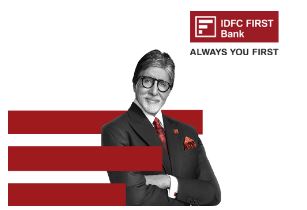 To make this a successful campaign they created a people-powered approach in the campaign to amplify their message on social media. Getting celebrities and people to share their #AlwaysYouFirst stories helped them create an impact around their brand message.

Through the first-ever TVC-reaction video series in India, which featured influencers, #AlwaysYouFirst was promoted. The influencers in the movie discussed similar instances from their own life that exemplified how individuals should put others’ needs before their own.

Pave the path for your career 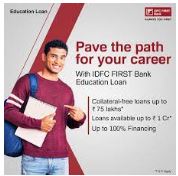 On September 11, IDFC’s first bank announced an education loan of up to 1 crore. They gave this opportunity to fulfil the dreams and enlighten the vision and future of the young generation. They gave financial support with flexible repayment options along with income tax benefits. 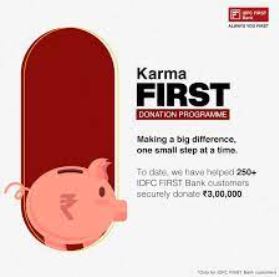 On august 23rd, IDFC FIRST bank announced the donation program with trusted NGOs. They gave the facilities to make directly from the IDFC First bank account. The campaign was very successful and many people donated to the different communities.

All of IDFC First Bank’s social media profiles are active, well-maintained, and have a significant amount of followers.

With over 792k followers, LinkedIn is the most well-liked social media platform for IDFC First Bank. They mostly include details on credit cards, enticing promotions, and other things in order to draw in new customers and keep hold of existing ones. They also use – Twitter, YouTube, Facebook, and Instagram, among other social media platforms. 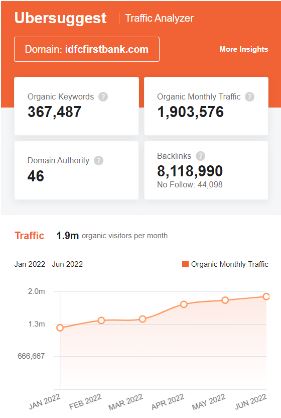 According to SEO ranking, fewer than 500 keywords are bad, more than 1000 are good, and 10,000+ are amazing. As we can see that https://www.idfcfirstbank.com/ has 3,67,487 organic keywords and it’s considered amazing. That means the digital marketing of IDFC First Bank is gaining a good number of insights.

This proves that IDFC First Bank is fueled by a foolproof SEO strategy along with working hard enough to keep the brand soaring in the Google organic SERP results. 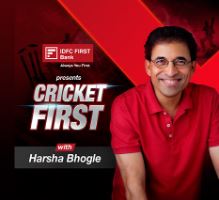 IDFC FIRST Bank Net Banking has been designed to meet its customer’s lifestyle needs. It enables them to conveniently shop online at e-commerce merchant websites. Their platform is simple to use, hassle-free, and secure.

One can simply use IDFC FIRST Bank Net Banking as a payment option for shopping, apparel, travel, ticket booking, bill payments, and so on. 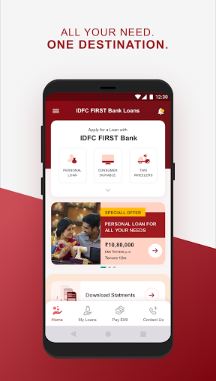 IDFC First bank: MobileBanking is the name of the company’s mobile application. It aids its customers and users in processing credit cards and other financial tasks online. The user experience is improved by the app’s easy and familiar user interface (UI), which is also fully secured.

With a focus on lead generation, marketing publication, and the dissemination of pertinent material to the target audience, content marketing is a type of digital marketing. Compared to their rivals, IDFC First Bank does have a very distinctive content marketing strategy because they run more campaigns that directly relate their material to the general public and serve to highlight their excellence and institutional strength. Numerous blogs express their outlook for the future.

If you like such in-depth analysis of companies just like the marketing strategy of IDFC First Bank check out our IIDE Knowledge portal for more fascinating case studies.