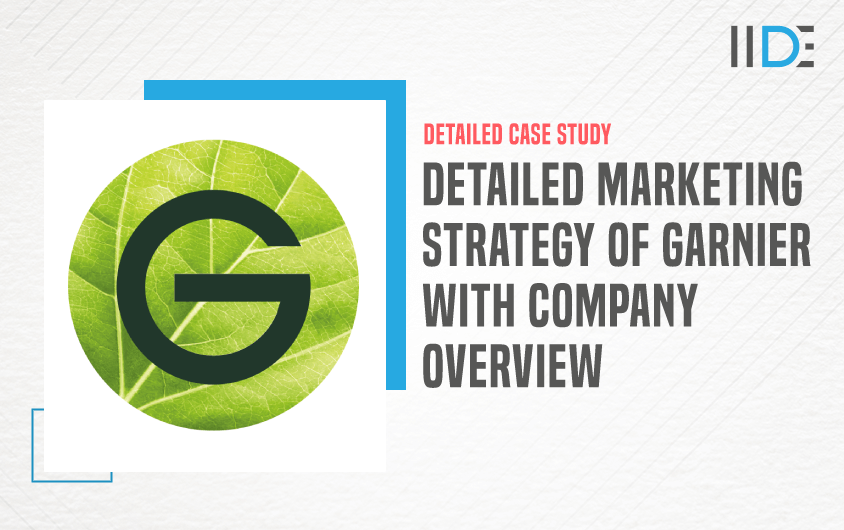 The process of making your business visible to potential customers is Marketing. The marketing strategy of Garnier includes all the activities the business undertakes to make it more visible.

Marketing is a part of a company’s DNA that can either make it or break it, as users across the world go digital, marketing has followed them to the digital realm as well. If you are interested in new-age digital marketing, then you should definitely check out IIDE’s Free MasterClass on Digital Marketing 101 by our CEO and Founder, Karan Shah.

The Garnier Brand: A Quick Overview

Garnier is a cosmetics brand of French cosmetics company L’Oreal that was founded in 1904 by Alfred Amour Garnier. The company initially began as Laboratories Garnier but it was in the 1970s that it was acquired by L’Oreal company. Garnier company’s first product that was ever produced and launched was LA Lotion Garnier. It was a plant-based product, hair lotion to be precise, which led Alfred Amour Garnier to secure his very first patent rights over this product.

Garnier now engages in the production of hair care and skin care products which are quite affordable and are well known for their natural ingredients. The company has a presence in a lot of nations across the globe. The products are manufactured specifically considering the diversity to suit various skin types and cultures.

One of the most interesting things and facts about the company is its ability to provide beauty care to a large number of consumers on a global basis without harming the environment in any way. Garnier boasts that it’s been able to significantly reduce the impact of its products on the environment. The company is committed to sustainable sourcing, reducing the environmental footprint of its packaging system, and improving the ecological profile and biodegradability of its formulas.

The main target group of Garnier is young women and men with a sense of natural beauty. This target group is quite common for other cosmetic brands like BB cream, Fair&Lovely, Ponds, etc.

Another target group for the categories like colourant and anti-ageing products is mid-aged women who value natural ingredients and give priority to organic products.

Garnier always positioned its products in such a way that it can target a wide range of consumers. It always manufactured products keeping in mind different requirements of people of different regions.

The advertising and campaigns in Garnier’s marketing mix are dynamic and aggressive to keep pace with competitors and rivals and to create and maintain a global consumer base. Television commercials, radio ads, billboards, newspaper, and magazine ads, as well as online campaigns, keep the company on the radar.

The most famous campaigns of Garnier are as follows:-

An educational campaign designed to empower beauty consumers to live greener has been launched by L’Oréal’s Garnier brand with National Geographic CreativeWorks.

The announcement marks the beginning of Garnier’s commitment to empowering 250 million people by 2025 to live greener.

Through a series of online episodes and feature articles, this Campaign aimed to educate consumers about important sustainable beauty topics, including plastic and packaging. 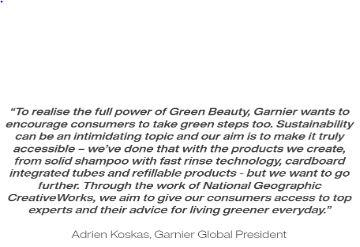 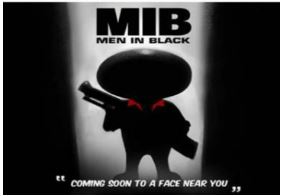 ‘Bust Blackheads’ was a campaign created by Foxymoron for Garnier. Through an interactive digital storytelling format, the campaign introduced animated characters.

Using digital banners across sites like Facebook, YouTube, Yahoo, IndiaTimes, In.com, the Google Network, and other niche sites, this campaign expanded the message and generated visibility on the Internet. Facebook was the central hub of the campaign.

With multiple interactive banners and messages, the BlackHeads campaign Digital was aimed at reaching over 20 million users.

“Say No To Bars” Campaign 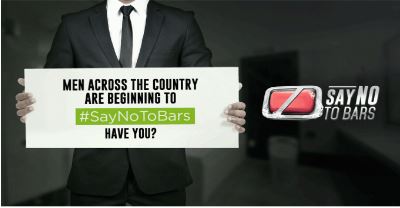 Garnier Men Launched The Nationwide “Say No TO Bars” Campaign

It has been a long road for men’s grooming in recent years. A niche market that was once considered a niche is now big business and the men’s personal care industry is growing exponentially.

Men are becoming more aware of their appearance and how it can affect their careers, relationships, and everyday life. More men are paying attention to details like hair, skin, nails, and scent.

Garnier Men launched the “Say No TO Bars” Campaign to make men aware of their looks and appearances. Here Bars means bars of soaps.

Awareness has been spread among men through this campaign. According to them, normal soap is harmful to their skin health and causes a lot of problems. Besides causing pimples and dryness, it’s unhygienic because it’s used for so many purposes. In order to achieve this, Garnier Men has launched Oil Clear Face Wash for men, which removes excess oil from the face and ensures that the face is oil-free throughout the day.

Garnier started a campaign on social media #MyPerfectSkin. In this Campaign, they used their satisfied customers for the promotion of their product. They shared the stories of their customers to tell the world about their products.

With the help of Twine’s Professional Services Division, Garnier built a custom social hub that offered users the chance to win an iPad by submitting a picture of their success with the PureActive mask 3-in-1. Garnier created a special website for the Hub.

The #MyPerfectSkin competition resulted in thousands of entries and helped spread the word about Garnier’s new product. 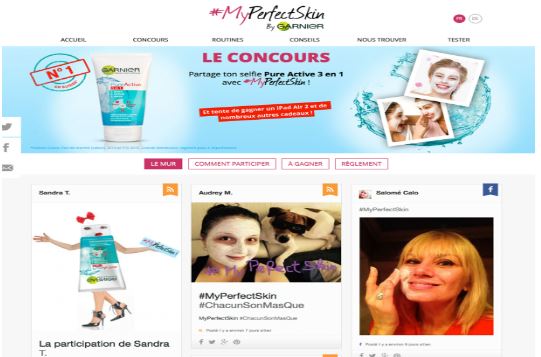 Companies are now structuring their businesses to grow like a virus and shut out existing brick-and-mortar competitors through innovative pricing and exploitation of competitors’ distribution channels. The beauty of this marketing technique is that it requires no marketing. The customers who caught the virus do the selling.

Viral marketing describes any strategy that encourages individuals to spread a marketing message to others, creating the potential for exponential growth in awareness and influence of the message. Like viruses, such strategies take advantage of rapid multiplication to spread the message by the thousands or even millions.

When Garnier launched its Fructis shampoo, it adopted this idea. The company needed to introduce the five times stronger hair aspect and held a braid competition where consumers could register on a website and create a Fructis branded knot as part of their entry into the competition.

The knot creation was actually created that is visually presented on the website and the next step was for consumers to invite their friends to visit the braid and contribute to their score. A record 76,000 consumers created their own knot on the braid and forwarded the link to more than 82,000 of their friends, according to a survey report.

So by broadening the base of the target segment, marketers open up a whole new market, provided they succeed in convincing the customers of the second-tier segment.

You can dramatically improve your website’s exposure if you can take advantage of some of this organic traffic. You can accomplish this by utilizing properly considered and well-researched organic keywords.

As you can see, Garnier has 48,456 organic keywords, which is a very respectable number. This demonstrates how successful Garnier’s digital marketing strategy is at driving traffic to the website.

Additionally, the traffic is astounding at 426,807 every month. Thus, it is safe to conclude that the Garnier brand is well-known.

Social media influencers also play an important role in advertising as they’ve many followers who help promote a product widely. People follow the advice of their influencers and hence influencers have a great impact on the decision-making process of consumers. They also engage influencers on social media to promote their products and raise awareness among people through them.

Garnier India entered into a contract with Indigo Consulting, a specialized digital segment of Publicis Groupe. The consulting agency’s Mumbai office has been assigned the project.

The Indigo Consulting company was founded in 2000, specializing in digital transformation and online branding. User experience (UX) labs are operated by the firm since 2009, utilizing multidisciplinary inputs to develop innovative brand experiences. Due to the company’s focus on adapting to the ever-evolving consumer profile, it is a perfect fit for Garnier’s future strategy.

The products of Garnier were already popular in markets across the globe, especially in Asian economies such as China, Japan, and India.

After the firm launched its special product Ultra Doux in India two years ago, its hair care segment has experienced substantial growth. As the Indian market evolves and the FMCG industry becomes more digital, the firm is forced to adjust its strategy.

Due to these factors, the company solicited multi-agency pitches for consulting firms that could work with the company on both its digital transformation and social media strategy, since most of its target segments are extremely active in the online space. Hence, The contract for the same was awarded to Indigo Consulting. 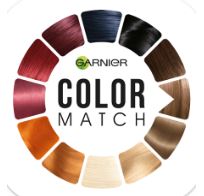 Garnier has its own application that is also available on the google play store.

With Garnier COLOUR MATCH you can try on different hair colours virtually and in real-time, with a before/after comparison tool. If you want a new hair colour, you can try any hair colour from the Garnier range or see the colours recommended specifically for you.

Garnier always uses the most advanced advertising techniques, which include trendy methods of viral promotion.

In addition, loyal customers are the most important advertising media, drawing attention to the products and making them known through word of mouth.

Garnier spends a huge budget on TV and internet advertising, using professional models. Garnier also runs a YouTube channel that shares the company’s promotional videos and campaigns with its viewers around the world.

Garnier advertises through print media, including newspapers and popular magazines such as Femina. To attract the attention of the trendy and young generation, Garnier has also hired Bollywood star Kareena Kapoor for its advertising in India.

The marketing strategy of Garnier isn’t always up to scratch. It can be said that the company sometimes works with the same strategy and research for years. Customers’ tastes change frequently, so it’s necessary to keep up with them by researching frequently instead of using the same old market data.

Although Garnier is one of the best brands in its industry, the company has had difficulty moving into other product segments.

Garnier is the second largest brand in the L’oreal Group and is present almost everywhere in the world to meet the needs of men and women and provide the best skin and hair care solutions for their customers. Garnier is one of the brands in the cosmetics market with the highest brand loyalty among its customers.

If you like such in-depth analysis of companies just like the marketing strategy of Garnier check out our IIDE Knowledge portal for more fascinating case studies.