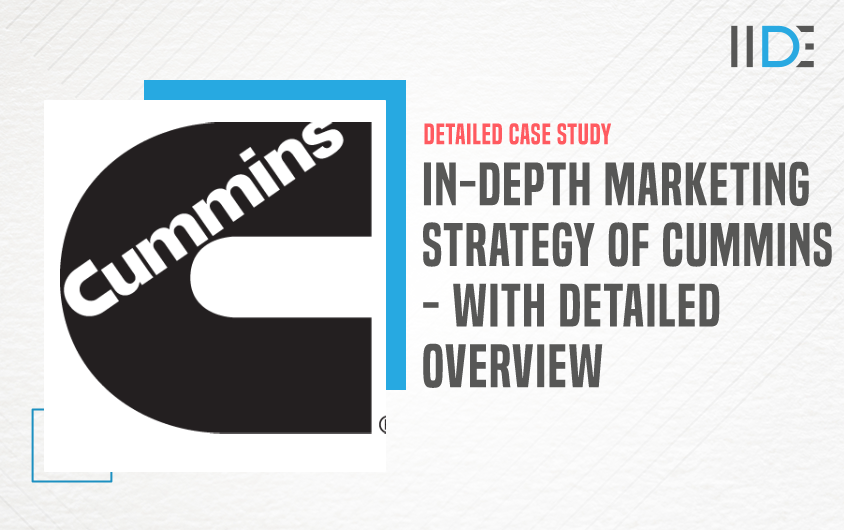 Cummins are one of the industries leading generator manufacturers and distributors on which factories and textile industries depend on. The company has a history of over 100 years and still continues to change and modify itself with time to keep its position.

It has recently invested a lot in making an online platform for itself and is continuously working on its marketing. All of this is due to the shift in customer behaviour seen in recent years. Marketing changes as the world goes online,  and when you want to stay up to date – check out our Free MasterClass on Digital Marketing 101 by the CEO and Founder of IIDE, Karan Shah.

Want to see how Cummins has succeeded in the construction industry? In this blog, you will learn about the marketing strategy of Cummins. Before we get started, learn more about Cummins‘s company, how it was established, its products, its financial position, and its competitors.

Cummins Inc. is a multinational firm based in the United States that develops, manufactures, and distributes engines, filters, and power generation equipment.

J. Irwin Miller, William G. Irwin, and Clessie Cummins, a local mechanic, created the Cummins Engine Company on February 3, 1919, in Columbus, Indiana. It concentrated on developing the diesel engine and over the years Cummins has expanded and diversified into multiple industries like Agriculture, Bus, Construction, Commercial Power, Mining, Oil and Gas, etc.

Cummins has made it to the Ethisphere World’s Most Ethical Companies list for 14 consecutive years. It has over 58000 employees. It has more than 600 company-owned and independent distributors, as well as nearly 7,200 dealers, and serves 190 countries and territories.

This diesel engine manufacturing giant was founded in Columbus, Indiana in 1919 by J.Irwin Miller, William G.Irwin, and Clessie Cummins and has come a long way in terms of expansion and brand value. It was until 1933 that their Model H (used in railroad switchers) proved to strive their way to the top. Their N series engine made them the industry leaders post World War II, contributing to the development of the USA. 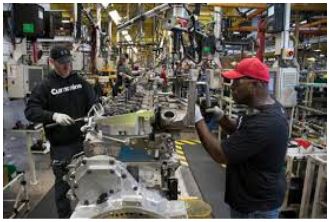 The main USP of their products is their innovative designs, breakthrough technology, power delivery, and satisfaction from truckers after using them. In order to be a trusted brand, Cummins strives to provide an overall satisfying experience to its consumers worldwide.

The company has been unorthodox in its marketing approach. It contributed 5 percent of its pretax profits each year to a number of charitable and social service projects, thereby fulfilling its corporate social responsibility in one of many ways. It was years later that Cummins became one of the first companies in its industry to hire blacks for jobs other than janitorial duties. Its founder, Miller helped beautify the company’s hometown, Columbus, Indiana, with the creation of a unique endowment that paid the architect’s fees for many public buildings. As a result of the fund, the Midwest town attracted some of the country’s best architects.

The company did see a downfall in market share by 1967. But, they didn’t compromise on their product quality and power. They faced the challenge of devising a strong marketing strategy to sell 5% more expensive engines than their competitors. Cummins’ response to slipping market share was evident in their powerful engines and no compromises on their product line, which in no time made them a trusted and reliable brand. This led Cummins into holding on to their largest and most loyal consumer.

Furthermore, the company expanded its overseas operations by expanding onto the world’s emerging markets through a worldwide network of 3,000 service outlets and a computerised analysis of 50,000 miles of major highways.

Throughout good times and bad, Cummins invested heavily in research. The company’s R & D budget was twice as large as its competitors, at 5 percent of annual sales. Cummins announced numerous joint ventures with foreign manufacturers in Japan, Finland, and India, after a decade of Japanese diesel being poured into the USA.

Some of the ad campaigns by Cummins are –

Celebrating its passion to stay original, innovate and stay ahead of the curve while maintaining its 150-year-old legacy. 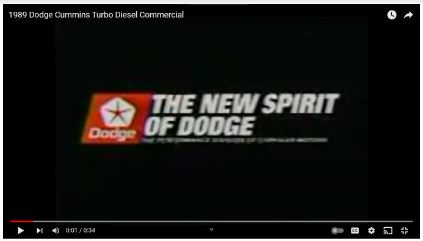 Cummins launched their ad campaign namely “The new spirit of dodge” in 1989 to revisit the power of trucks. 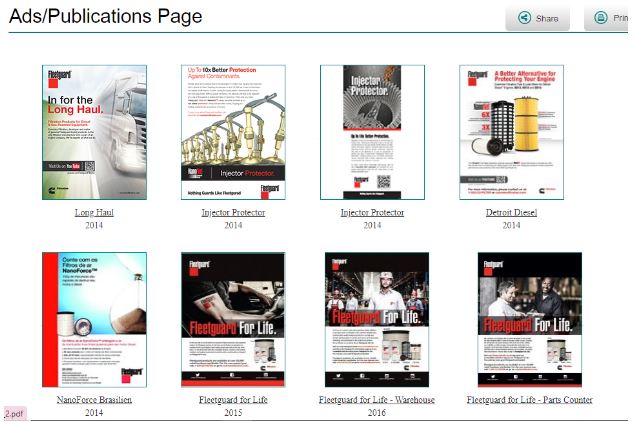 Various publications and ads are published by Cummins in various magazines and newspapers.

Cummins has a huge social media base to connect to its target markets. Below are the links to their social media handles:

The company can be seen updating their social media pages regularly, with Instagram having the largest base of 151K followers. We can see a large variety of content being posted on social media, from promotional content to product launches and sometimes giving a little sneak peek into the manufacturing industry.

Cummins uses SEO to the fullest. This can be seen in the image given below. We have already seen that most of its traffic comes from backlinks in different sites. Cummins drives much of the organic traffic. This proves that Cummins is fueled by a foolproof SEO strategy along with working hard enough to keep the brand soaring in the Google organic SERP results. 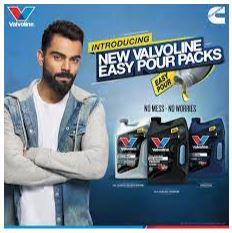 Valvoline Cummins (India) has appointed Virat Kohli as their brand ambassador. Sandeep Kalia, the CEO of Valvoline Cummins India, noted the strategic importance of this initiative, saying, “Virat represents the same values that Valvoline Cummins stands for – excellence, high performance, and consistent quality.” He further explained, “It’s a perfect match in more ways than one, especially considering both Virat and Valvoline have always set benchmarks in their fields.”

In talking about the e-commerce strategies, Cummins has its own well-devised and SEO-optimised website where they have published blogs about their products(engines, generators, power systems), parts and services, industries where they have their hold over, About them, customer support, news, and careers.

Cummins has their own mobile app for its target audience (Cummins products owners, technicians, fleet managers) where they guide its users over Cummins fault codes, extended warranty information, news regarding Cummins, and more. It is available on both android and apple.

They have added a new feature in their app namely Find my part – where the user can take a picture of the part they need and the Cummins customer support would assist them with the same.

When it comes to describing its products and services, Cummins provides a wide range of information. Furthermore, when you open their website, you’ll see attractive graphics displaying the company’s current status. It appears that they have used their website space well in terms of providing visitors with relevant and helpful information.

Consumer satisfaction is further enhanced by the easy-to-navigate website. One can easily find the information they need.

On social media platforms, Cummins is rich in terms of posting content. It mainly talks about its contribution towards sustainability, learning from C-level leaders, sponsorship with racing tournaments, new product launches etc. and more. All in all the content is informative and knowledgeable.

Throughout the good and the bad times, Cummins has had one thing in common i.e. their product strength. Their product has been designed in a way that has allowed them to retain their customers for a long time. Through their international expansion, they have built their international presence across many borders. They have also devised their website in a way that is easy to navigate and useful for consumers. Its approach to the market is consumer-centric, which makes it unique from its competitors.

If you like such in-depth analysis of companies just like the marketing strategy of Cummins check out our IIDE Knowledge portal for more fascinating case studies.