This article aims at highlighting the various marketing strategies employed by CBS corporation and how beneficial these strategies have been in helping them stay ahead of the competition.

Marketing is a major tool for every business. With the advancement of technology, companies and organisations have embraced digital marketing as it helps them teach and serve their audience better. If you want to learn more about digital marketing and upskill yourself, then you should consider attending our free digital marketing masterclass by our CEO Karan Shah.

Before we get into the details of the marketing strategy of CBS, we need to learn more about the company and its operations. 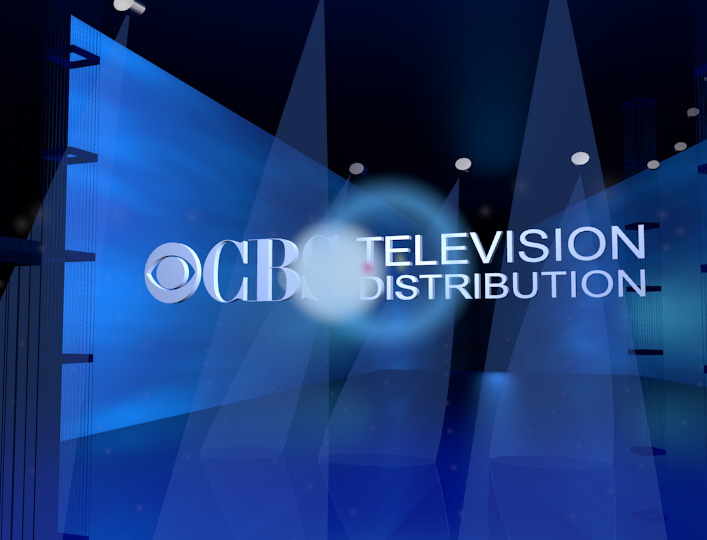 The first incarnation of Viacom was created in 1952 as the television syndication division of CBS and was spun off in 1971. However, in 1999, Viacom acquired its former parent, by this time also named CBS Corporation, formerly Westinghouse Electric. The prior CBS Corporation also owned CMT and The Nashville Network, which remained Viacom properties after the 2005 split, but the prior CBS did not own UPN, Showtime, Paramount Television, Paramount Parks, or Simon & Schuster.

The second incarnation of CBS Corporation (the first being a short-lived rename of the Westinghouse Electric Corporation) was an American multinational media conglomerate with interests primarily in commercial broadcasting, publishing, and television production. It was one of the two companies formed from the 2006 spin-off of the Viacom assets of the original Viacom. The spin-off was structured so that CBS Corporation would be the legal successor to the first Viacom, with the second Viacom being an entirely separate company.

CBS Corporation comprised the over-the-air television (CBS and The CW) broadcasting, television production and distribution, publishing, pay-cable, and recording assets that were previously owned by the first Viacom. It was the world’s fourth largest entertainment company in terms of revenue and was headquartered at the CBS Building in Midtown Manhattan, New York City.

Now let’s further discuss the marketing strategy of CBS and its positive impact or negative impact.

CBS corp. and its subsidiaries cater to the percentage of the world’s population with access to a television, smartphone or radio. This is because it is a television broadcasting company. It also has an app and CBS news radio.

The company focuses on providing something for different tastes and interests, be it news, business, sports or entertainment in order to keep everyone, from every age grade, entertained and engaged one way or the other.

Although its channels are made available primarily to people in the United States, it has positioned itself to reach other audiences through its apps and by making its channels available in many other countries across the major continents of the world.

CBS Launches 3 Amazing Marketing Campaigns Focused on Fans and Leaves Out the Show Clips, which are;

1. ‘Get Into Something Good

CBS is launching a new fan-centric marketing campaign with the theme of “Get Into Something Good” using this Sunday’s AFC Championship Game between the Kansas City Chiefs and Cincinnati Bengals.

And here’s a unique view of the spots viewers see on Sunday: they don’t really contain clips from the show. Instead, they focus on the superfans behind shows such as survivors, FBI franchises, and freshman comedy sensation ghosts.

Meanwhile, CBS said that the “Get Into Something Good” campaign is moving to social media, and Probst informed viewers last week that they are “fans” of CBS brand handles (Twitter, Instagram, Facebook, TikTok). We have issued a challenge to make people say “the size of”. They use #CBSFanFlex in their posts. 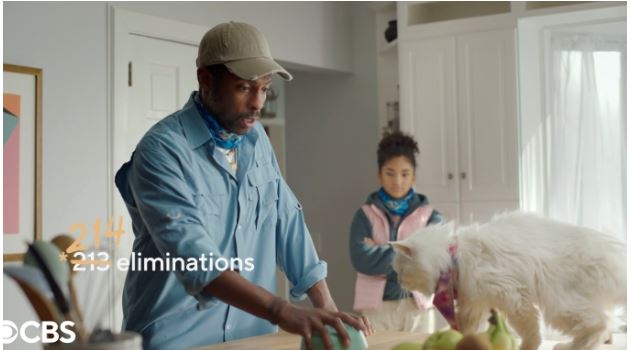 “Viacom CBS offers several methods to assist advertisers in improving their projects.” knowing and recognising which platforms and chances they provide to better the entire business. It’s important, “says Sykora. “Viacom CBS has a desire to do something new,” Sykora adds. If you see anything as a result of this pandemic, it needs to act quickly. Don’t be afraid to break new ground, and Viacom CBS is doing a great job in that regard. I think. ”

We provide a range of support options to help marketers improve their campaigns. It’s important, “says Sykora. “Viacom CBS has a desire to do something new,” Sykora adds. If you see anything as a result of this pandemic, it needs to act quickly. Don’t be afraid to break new ground, and Viacom CBS is doing a great job in that regard. I think. The campaign’s success can be attributed to the use of several channels, relevant content, and a focus on long-term client contacts.

According to Bari Zibrak, Velocity Pitch’s Vice President of Integrated Marketing, Pepsi Mango Drinks are “delicious and amazing.” The team at Velocity, a branded content studio at Zibrak and Viacom CBS, decided that anything they could think of had to be surprising. To take the campaign to a higher level than ever before, they worked on creating a digital matchmaking series to celebrate the surprise pairing. “We put together an informal group like these Vindicators,” says Zibrak.

Ashley Brooke Mitchell (The Real World), Eric Bigger (The Bachelorette), Harry Jowsey (Too Hot To Handle), Onyeka Ehie (The Bachelor), Natalie Negrotti (Big Brother), Kyra Green (Love Island USA), Joey Sasso ( The Circle) and Kylie Smith (Are You The One?) Starred. According to Zibrak, the Mixture of Reality Stars was the first campaign to combine the talents of Legacy Vietnam and CBS. The crew also confirmed that their talents are diverse in terms of ethnicity and sexual orientation, as featured on the MTV channel. Diversity is an important part of a network dating program.

The posts are mainly informational, to keep their audience informed and entertained on the go. Social media has been in the limelight recently, raising questions about its role on January 6 and in politics more broadly.

According to SEO rankings, having fewer than 500 keywords is terrible, having more than 1000 is good, and having more than 10,000 is outstanding. As you can see, CBS has 6M+ organic keywords, which is a very excellent number. This indicates that CBS’s digital marketing is getting a reasonable amount of insights.

Additionally, the traffic is known to be over 16M+ visitors each month, which is very impressive. In order to keep the brand climbing in the Google organic SERP results, CBS corporation does not need to improve its SEO techniques.

There is no getting around the fact that search engine optimization takes time. When done properly, though, it may be incredibly lucrative. Below are seven old SEO strategies that will no longer work as search engine algorithms, especially Google’s, get more sophisticated.

It’s intelligent and complements what CBS did with Yahoo! News and Google Earth. Then watch how the link to the CBS channel is cleverly integrated into the site’s “organic” video. These delivery agreements are by no means inconsistent with CBS’s landing page strategy. Online, you can watch the video that is currently on YouTube by simply navigating to where the user is. Online video sites like YouTube could be the primary and most effective way to introduce consumers to new TV shows and movie premieres.

From the start, CBS has collaborated with many YouTubers, bloggers, food pages, etc. for the aim of marketing. They have many influencers with more than 22 million and 30 million followers on Instagram and Youtube. Influencers promote the product (CBS News, Sports, and Entertainment) so that CBS can gain popularity. Influencers like Juanpa Zurita, Andrew Bachelor, and Amanda Cerny.

As a company that renders services and provides information and entertainment, CBS sells subscriptions for its OTT platform. On the website, one can watch shows, movies, sports and news after purchasing subscriptions.

To survive, the network needs to adapt to this new universe. This is something I wasn’t very good at in the past. It’s not yet clear if all four will stick after the digital dust has settled, but it’s more likely that one of the winners will be CBS. One of the reasons for this is the recent aggressive expansion of networks to the Internet. The last decade has been tough for broadcasters. As cable TV has grown in popularity,  networks have eroded market share along with advertising revenue.

The company has mobile apps for its subsidiaries such as CBS Business, CBS News and CBS Sports, and they are available for both Android and iOS users on the play store and the app store. Through the mobile applications by CBS, users can watch tv shows, movies, sports and news.

CBS Corporation posts the majority of its content on its social media platforms but it also makes use of its podcasts, radio stations, mobile apps and tv channels.

CBS Interactive distributes CBS-owned entertainment and news content via digital platforms. Originally starting as an online platform, the network soon had to focus on mobile, and especially its applications. Rob Glick, senior vice president and general manager of digital platforms at CBS Interactive Entertainment, emphasised the importance of mobile in a conversation with a Mobile Marketing company.

Studio 61 will provide both innovative material and reliable facts on CBS Interactive users. The network wishes to learn as much as possible about the user in order to deliver relevant information.

From the marketing strategy of CBS, we can see that CBS and its subsidiaries cater to the tastes and interests of a large audience with the variety of programs they offer. With a lot of other news, sports and entertainment channels, CBS has set itself apart with its diversification and use of the right marketing strategies.

Though it does not make use of some of the marketing strategies listed above, its social media presence has been very beneficial.

If you like such in-depth analysis of companies just like the marketing strategy of CBS check out our IIDE Knowledge portal for more fascinating case studies.