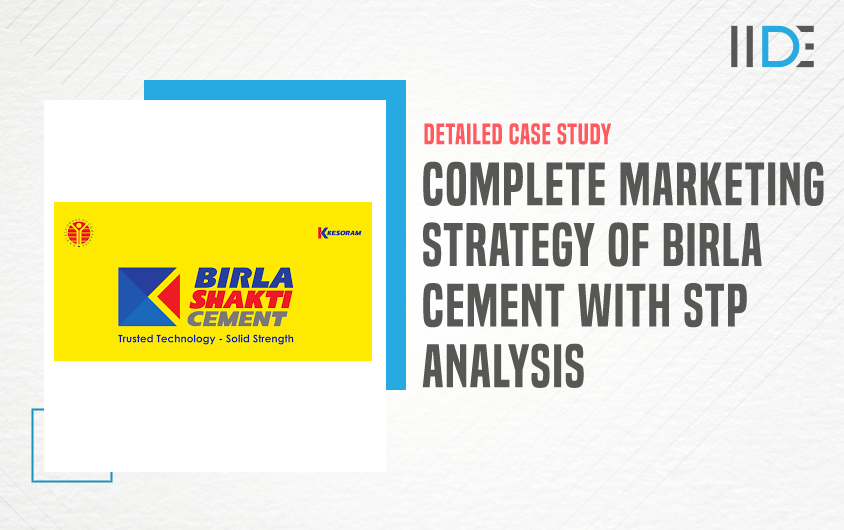 The motive is to achieve deep insight into Birla Shakti Cement’s groundbreaking marketing strategy and how a newly carved company gained such firm ground in the confined field.

The world is going digital, so the market and companies with excellent digital marketing skills are standing in the front row. If you also want to stand out from the crowd and learn more about digital marketing then you can opt for a short term certification in Digital marketing and get a chance to learn from the experts in the industry.

We are going to do a complete analysis of the marketing strategy of Birla Shakti Cement. Before starting the in-depth assessment of the company, let’s come to know about its commencement and all the talented minds behind its inception.

Birla Shakti Cement was established in 1996,  it was carved out of its multi-product parent company Kesoram Industry. The subsidiary of Kesoram industries Birla Shakti Cement manufactures and sells cement across Indian territory.

It was founded by G. D. Birla a legendary Indian industrialist and businessman, a person committed to the cause of the Swadeshi Movement, a close associate of Mahatma Gandhi and a leading philanthropist of India. The cement brand is known for the quality of the product and supply of its product on time to its customers.

Besides being a leading supplier of cement and aggregates, they also offer consulting, research, trading, engineering and other services to complement their customers’ business needs.

Their headquarters is in Hyderabad – Telangana and they have two production sites located in Karnataka, Sedam as Vasavadatta Cement Unit and Kesoram Cement Unit in Andhra Pradesh, Basantnagar. They have strategically placed the plants near their leased limestone deposits in the states of Andhra Pradesh and Karnataka.

Segmentation, targeting, and positioning are broadly known as STP. STP is a comprehensive framework that tells us about potential consumers.

Among these segments, Birla Cement targeted builders and customers in both public and private sectors in all-tier cities.

Birla Cement’s positioning in the market is by delivering strong quality cement and retaining them with a strong brand by promoting superior value services to the targeted customers.

Birla Cement does not have a great online presence even though they haven’t conducted any kind of campaign. They don’t conduct any kind of advertisement campaign to promote their manufacturing company.

Birla Cement can use the same marketing techniques as its competitors. The marketing campaign which they can follow from their competitors is advertising on television, launching an advertisement in newspapers, launching a short corporate film, and other marketing ideas.

Birla Cement can launch such advertisements and other media campaigns to increase its presence in India and other foreign countries.

The company has the maximum number of followers on Facebook than LinkedIn and the least on Instagram. 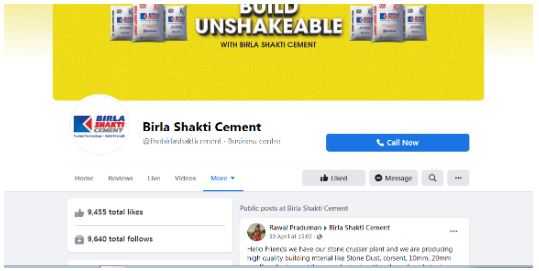 They need to be more active on social media and share posts more often because today people are going digital and so are businesses.

So, to be in competition in this competitive industry the brand needs to work more on its social media handles.

Hey, If you want to be a social media enthusiast then you check out the short-term SEM course offered by IIDE and take your business to the next level. 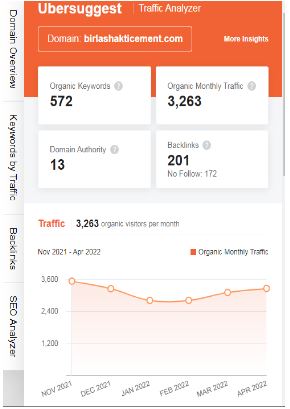 As we can see www.birlashakticement.com has just crossed the boundary 572 keywords can be characterised as bad.

This shows that the digital marketing of Birla Shakti Cement is not gaining a good number of insights and they need to work on this.

Also, the traffic per month is approximately 3k which is a really poor statistic. Hence, Birla Shakti Cement still needs improvements in its SEO strategies while working hard enough to keep the brand soaring in the Google organic SERP results.

Birla Shakti Cement has a website where anyone can have basic knowledge about the company’s work. But, they don’t sell their product on their website.

Birla Shakti Cement has a website where anyone can have basic knowledge about the company’s work. But, they don’t sell their product on their website.

We saw the marketing strategy of Birla Cement. The company has a good market share as it offers great quality cement. It has a good supply change to make the product available to the target customer when needed.

But the marketing strategy used by the company is not relevant in the current scenario due to which the company is lagging behind its competitors in a few aspects.

Since the surge of the Covid-19 virus in 2020, a good percentage of people are preferring digital mode to buy products and people are ditching the traditional way of buying things to survive in this hybrid world they should have a good digital marketing strategy.

If you like such in-depth analysis of companies just like the marketing strategy of Birla Cement check out our IIDE Knowledge portal for more fascinating case studies.