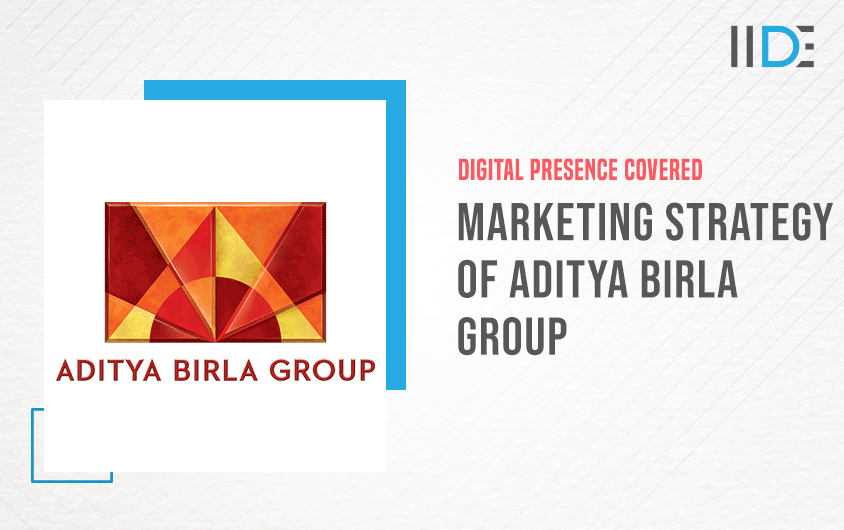 The Aditya Birla Group is a global conglomerate that is a member of the Fortune 500 and the credit goes to the marketing strategy of Aditya Birla Group. The Group is built on a strong foundation of stakeholder value creation, which is supported by an extraordinary force of over 140,000 employees representing 100 nationalities.

With over seven decades of responsible business practices, their companies have grown into global powerhouses in a variety of industries, including metals, pulp and fibre, chemicals, textiles, carbon black, telecommunications, and cement. Overseas operations in North and South America, Africa, and Asia now account for more than 50% of Group revenue.

The majority of Aditya Birla Group’s success can be attributed to its marketing strategy.

Marketing is one of the most important functions of a business because it engages in promotion and marketing activities such as market research and advertising for products or services; this is especially true in today’s context where marketing innovation has accelerated exponentially and adoption of these techniques can be a make or break factor for companies.

In this case study, we will examine the marketing strategy of Aditya Birla Group, including its digital presence, advertising campaigns, and SWOT analysis. So, without further ado, let’s get to know Aditya Birla Group as a company. 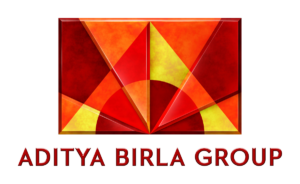 Aditya Birla Management Corporation Pvt. Ltd., also known as the Aditya Birla Group, is a multinational conglomerate based in Worli, Maharashtra, India. It has over 120,000 employees and operates in 34 countries.

Seth Shiv Narayan Birla founded the organization in 1857. The origins of the Group can be traced back more than 150 years to the nineteenth century. Grasim, a subsidiary of Aditya Birla Group which was founded in post-independence India in 1947, was one of the first Indian companies to establish international operations. 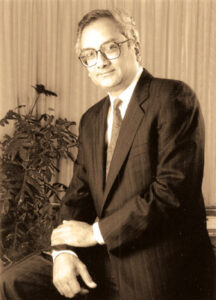 Now that we’ve understood about the company, let’s see the marketing strategy of Aditya Birla Group.

Customers can learn and experience more about a company or a product through advertising strategies. These are some of the company’s actions aimed at influencing customers.

The campaign depicts a young student studying abroad reminiscing about Diwali back home while his classmates from other nationalities, dressed in Indian attire, join him to celebrate Diwali as a family.

The theme of inclusion and inclusiveness was introduced with the Aditya Birla Group’s lineage in mind, which is present in more than 34 countries and employs people from over 42 nationalities worldwide. Their dedication to diversity and inclusion has yielded results that go beyond performance metrics and truly help #BlurTheBoundaries. 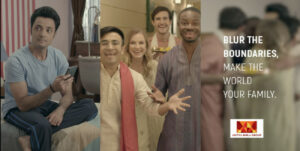 “Aditya Birla Group’s passion for inclusivity and global prowess helped us conceptualize this campaign for them this Diwali,” said Sudish Balan, Chief Business Officer, Tonic Worldwide. And what better way to showcase it than with Thumbstoppers, which is a departure from traditional Diwali films.”

“Big is What Big Does” Campaign

While previous campaigns highlighted and established Aditya Birla Group’s ‘Big’ geographical presence, economic might, the omnipresence of the Group’s products, and the way they touch lives around the world, this latest campaign showcases the company’s narrative of moving from ‘Being Big’ to creating and delivering ‘Big Value’ for its consumers and society at large.

It introduced a new icon for the group, the Aditya Birla Giant, who travels the world enabling, empowering, and improving the lives of millions. 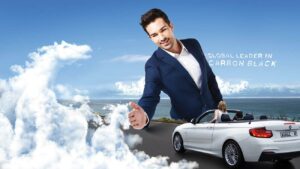 The film, directed by the internationally acclaimed Eli Sverdlov and post-produced by Gravity from Israel, maintains the surreal epic signature of all Aditya Birla Group films.

The television commercial tells the story of the group and its journey to new milestones, culminating with the logo reveal. VGC has taken the ‘Big In Your Life’ position forward and added a greater purpose to the group with the conceptualization of this commercial. What big does is big.

The brand’s evolution over time to keep up with the versatile eye-catching recognition screens of today while remaining true to its roots is a symbol of the sincerity and client commitment that it has followed since its inception.

If you have a digital presence, customers can easily browse through your portfolio. It enables you to interact with your customers while also keeping you ahead of your competitors. Aditya Birla Group makes extensive use of social media platforms. Let us look at how they adopt digital marketing and employ the strategies.

Let us first look at their specifics:

Now let’s have a sneak peek at their social media: 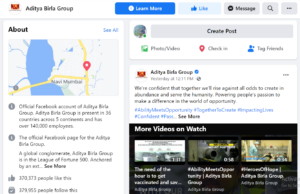 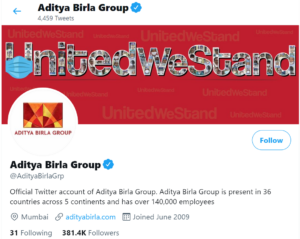 So, now that we’ve gotten a sneak peek at Aditya Birla Group’s digital presence and activities, let’s look at the brand’s SWOT analysis to better understand its strengths, weaknesses, opportunities, and threats.

A SWOT analysis is a method of identifying a company’s strengths, weaknesses, opportunities, and threats. The primary goal of a SWOT analysis is to help organizations develop a comprehensive understanding of all the factors involved in making a business decision. 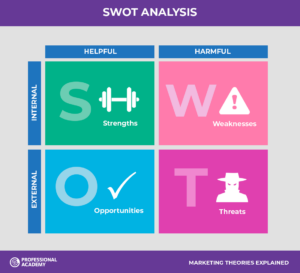 The brand has been able to remain at the top of its game due to an excellent marketing strategy, advertising campaigns, digital presence, and SWOT analysis, and with this, we have concluded the Aditya Birla Group case study. Let us now wrap it up in the section below.

Here is the conclusion of the marketing strategy of Aditya Birla Group that we discussed above.

The Aditya Birla Group has broken down all traditional business barriers and believes in the importance of facilitating inclusive growth. They have a unique set of policies and a unique retention strategy.

The group is one of the largest aluminium rolling companies in the world, the world’s largest recycler of aluminium, the largest Indian MNC with manufacturing operations in the United States, and much more.

Thus, Aditya Birla Group recognizes that while society provides them with opportunities and profits, they also owe them a debt of gratitude. As a result, they are committed to benefiting society through their strong initiatives in every field.

Were you able to put our work to use? Do you want to find out more? For more information, please contact us at iide@.co. Furthermore, if you’re interested in Digital Marketing, Karan Shah’s Free Masterclass is an excellent place to start.

Please share your thoughts on this case study in the comments section below. Thank you for taking the time to read this, and if you found it interesting, please share it with your friends and family.

Thank you very much!