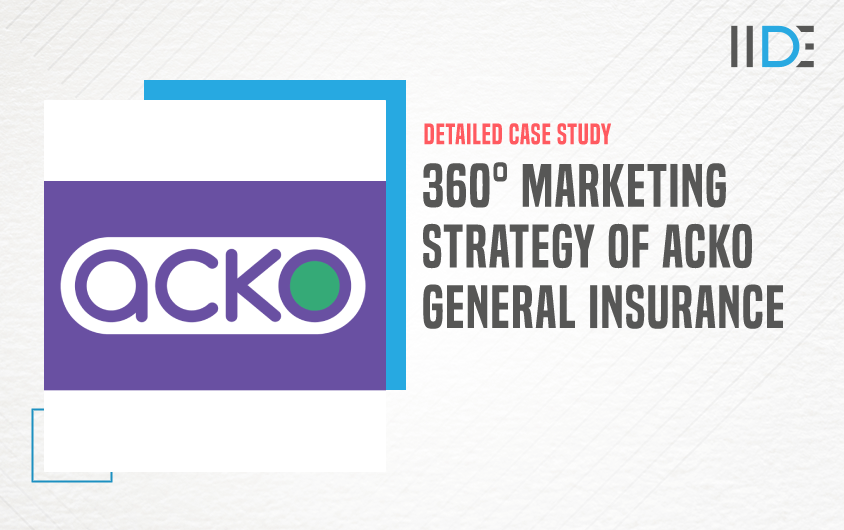 Marketing strategy is an overall game plan for achieving the marketing objectives of the organization, where digital marketing connects businesses with ideal customers online making it easy and effective. If you are very much interested in new-age digital marketing, then you should definitely check out IIDE’s Free MasterClass on Digital Marketing 101 by our CEO and Founder, Karan Shah.

Acko is India’s first digital insurer that provides customers with hassle-free payments, Instant renewals, same-day claim settlement, and 24*7 assistance with no inspection or paperwork needed. which has partnered with some of the best businesses in the digital world such as Zomato, Amazon, Ola, Red buss, etc.  Acko is a driven team working towards improving every aspect of insurance and delivering our best to the consumers.

In a span of three years, Acko general insurance expanded with technology and sold its insurance to 50 million unique customers. 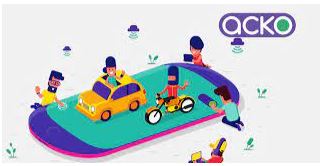 As Acko General Insurance was just a startup before 2020, the first step Acko was to increase its brand awareness and reach out to the right audience and that’s when Disney + Hotstar agreed to collaborate with Acko General Insurance and this collaboration was a great marketing strategy and the opportunity was coming their way, as the IPL (Indian Premier  League) was just going to begin, this strategy will further be explained.

Marketing is the process of breaking your target market into approachable groups. This segmentation is based on key markets which the company wants to target, the main target audience of Acko general insurance was certain cities that were economically well developed.

In targeting the main aim is to select the most attractive segments to focus your marketing on. Acko General Insurance companies’ main aim or target was to reach more people within the segment which we have mentioned before which is Economically developed cities.

And that’s when Disney + Hotstar collaborated with Acko general insurance and gave an offer of promoting their advertisements during the streaming of IPL (Indian Premier League) in specific cities which was an added advantage because it would reach the specific target region and target audience to proliferate their brand message gaining 47 million unique customers thus meeting their objectives successfully.

It is the act of designing a company’s product or image in a distinctive way such that it influences the mind of the target audience as well as the target market. Some of the key images which Acko general insurance has created in the market to stay different from other sources are:

*No paperwork needed
*No Brokerage paid
*The process happens instantly 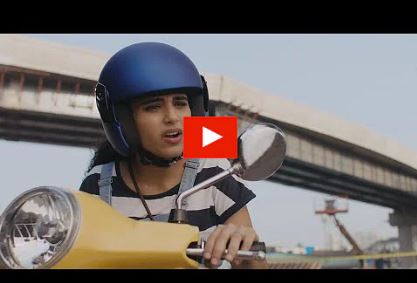 Acko has launched a new marketing campaign ‘Time Nahi Lagega’ to highlight the company’s quick claim settlement. The campaign was launched to counter the general perception of insurance claims being a complicated and time-consuming process. The company through this campaign wanted to communicate that the insurance claim process through their company is instant and not complex. They communicate this by comparing the time taken to claim their insurance with situations occurring in daily life. This has worked brilliantly for them as it is relatable and funny and also communicates product differentiation effectively. 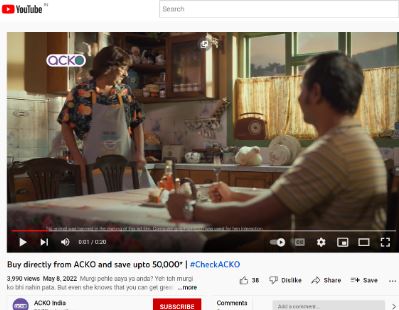 This was one of the iconic advertisement videos in history, where a hen asks a man to take the car insurance from Acko itself. As Acko grew from being India’s first digital insurer to India’s fastest growing insurance company. It is better to go for Acko for insurance purposes. This was the advertisement video of Acko trying to notify the best among all and save up to 50,000. 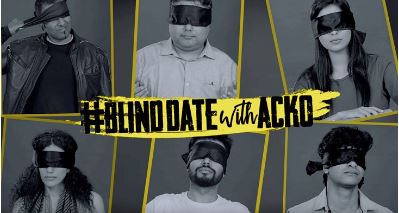 While the world is full of gender stereotypes, Acko started to think and question by blinding the people and giving the horrible car drive. After all, they questioned everyone who do you think they took a drive with? 85% of the people answered the opposite gender. In the end, they knew their same gender took them for a drive. The theme of the video was to be aware that people who let stop the biases, and gender shouldn’t have anything to do with driving. The video got plenty of views because of the content and its marketing strategy.

The optimized use of Social media marketing allows greater reach and flexibility in reaching and targeting customers. Marketing on social media is also very cost-effective which is very helpful for startup companies. It also helps the company to learn about the buying patterns of their ideal customers. Now let us look at the social media followers of Acko on various social media sites.

Acko general insurance stays active on social media by engaging its followers with interesting posts based on QAs and providing rewards for the best answers which is also an amazing method of promoting its brand awareness and its brand image. Acko insurance goes big on IPL team sponsorship signs with 2-3 teams where Acko’s logo will be displayed on the team’s jersey or helmet which is also a part of a promotion for Acko general insurance company. Their content is highly promotional and highly engaging in nature.

SEO is an organic process through which we get our website to rank higher up on any search engine for higher visibility. In today’s day and age, it is very essential to stay visible on the search engine because that is where most of the buying and selling happens.  Let us first understand the metrics with which we measure the success or failure of the SEO strategy of a firm. The number of organic keywords – below 500 is bad, above 1000 is good, 10,000+ is amazing. The number of organic keywords here is 90,500 therefore we can say that the SEO strategy of Acko General Insurance is really amazing. 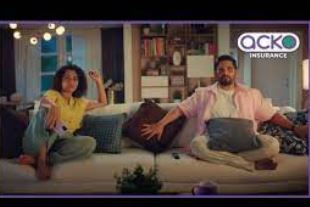 Influencer Marketing is a type of social media marketing where an influential person collaborates with a brand to promote something. Acko insurance launches its brand new campaign highlighting the main feature that is ‘Zero commission premium. Acko General insurance features one of the popular Bollywood actors Arshad Warsi as the face of the campaigns along with some of the Mumbai Indian players. The campaign targets to raise awareness of there being a better and simple way to buy insurance from Acko. The tagline’ Acko app check kar lo delivers a straightforward message and a call to action to experience the benefits firsthand.

Acko insurance company has signed on as an associate sponsor for three IPL teams namely- Gujarat Titans, Kolkata Knight Riders, and Lucknow SuperGiants. Where they will sport the Acko logo.

Acko also has its website through which it sells cars, taxis, bikes, and health insurance. It is a very user-friendly website. As soon as we go on their page we get an option to enter details and based on these details we get quotes on the price of various insurance policies. To start buying insurance on Acko we need to register ourselves and sign up and we are good to go. We can buy, claim and renew our policies from the website itself and it is instantly done without having to wait.

Acko general insurance has a mobile application called ‘Acko Insurance’, available both in the Play Store as well as App Store. It can be downloaded free of cost and it is highly effective and user-friendly. They have a rating of 4.6/5 on the Play Store for over 72,037 reviews. More than 1 million people have downloaded the app which is a very good number. The best aspect is that the team from Acko reaches out to people facing any type of query as mentioned in the comments section and they don’t shy away from negative comments or feedback. This is an excellent sign that the company is open to criticism.

Acko General Insurance mainly focuses on the type of information being delivered to the customer, they also follow the unique concept of the digital-only model. On social media posts, Acko focuses on different kinds of insurance provided by them which is an absolutely

Acko general insurance company India’s first digital insurer company the brand has created a unique platform in terms of secure insurance policies. In three years Acko insurance company has grown much forward in terms of technology taking it completely online and wiping out the paperwork associated with it. Acko never fails to entertain people with their outstanding advertisements which are fun-filled and at the same time they also deliver a unique message to the audience.

If you like such in-depth analysis of companies just like the marketing strategy of Acko General Insurance, check out our IIDE Knowledge portal for more fascinating case studies.