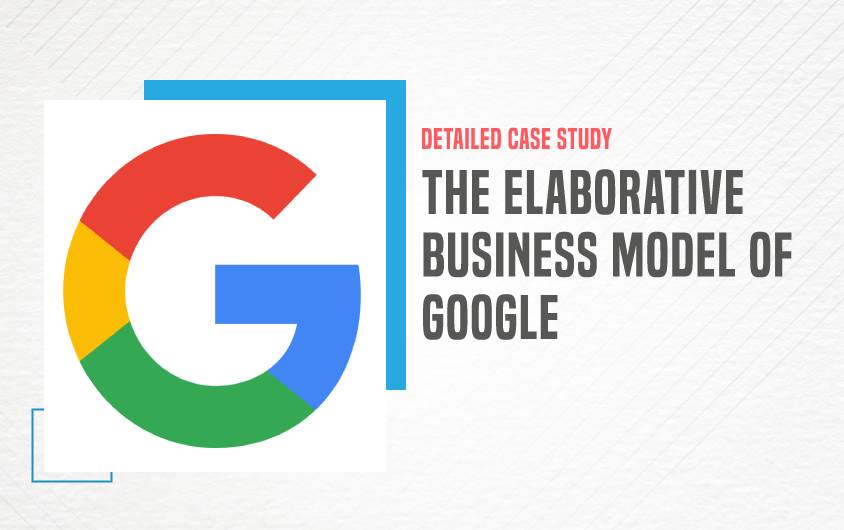 Google LLC is an American multinational company that specializes in Internet-related services and products and includes a variety of services including online advertising technologies, cloud computing, search engine, software, hardware, and a lot more.

The business Model of google is a multi-sided platform. What started as a search engine company is now a technical giant today. But do you know what Google exactly gains from this?

Thus this makes us anxious to know the successful Business model of Google.

In this blog, we have discussed Google’s business model which includes Google’s revenue model and other related factors like customer segmentation, key activities, cost structure, etc.

But, before we look at google’s business model let us know about Google as a company.

These two friends started working on a technology where the searches would rely on website backing links. They called their search engine “BlackRub”. This name was replaced by “Google” in a short while.

After successfully raising an amount of one million dollars from family, friends, and other investors, Google Inc. was born officially. In the following years, the company experienced rapid growth and moved to its current headquarters known as Googleplex in California.

Let us now see the business model of google in detail.

What is the Business Model of Google?

The unique business model of Google is based on hidden revenue business patterns. This means it is not the ultimate user who is paying Google for its use.

It is the companies who pay Google to advertise themselves on the searches and to rank first in the search results. This is possible because of the numerous searches made on the Google search engine which is approximately equal to 63,000 searches per second.

Let us now see how exactly does google make money by providing its services.

How does Google exactly makes money?

More than three – fourth of Google’s revenue comes from Google Ads and Youtube Ads. But the company is also engaged in some other important businesses which are described below:

Google is based on Performance Advertising. This means that the advertiser would need to pay only when the user takes a particular action such as clicking on a link.

It is a cloud computing service run by Google. Although 15 GB of space is provided free of cost, the user needs to pay for more cloud space. It is worth mentioning that Google Cloud represents 5.5% of the total revenue earned by Google.

It refers to the smartphone brand of Google. Although it does not have a large representation among the various market players it has been growing nowadays.

The company has also merged with Google Home. The company develops various gadgets for homes including cameras, doorbells, smoke systems, locks, and a lot more.

Google has its customer segment divided into three groups:

Let us find out what are the different key activities of google.

Let us now see how has google distributed its cost.

The cost structure of Google includes:

Let us now see the different competitors for google in different fields.

Google is diverse in different fields like search engines, advertising, mobile, and cloud service. So, there are many different competitors for google in every field.

Let us see individually who are the different competitors for Google.

2. Yahoo: Yahoo is an American web service provider and was one of the biggest search engines on the planet, but now accounts for only around 2% of the market share computed worldwide.

3. Baidu: It is popularly known as the Google of China and it accounts for more than 60% of the search engine market in China. Globally it accounts for nearly 1% of the global market share.

Next, let us see the different strengths and weaknesses of google.

Google is the ultimate leader in the online search engine market and to date, no competitor has come to such a position to threaten Google’s existence.

Google’s systems processing speed is awesome and it can process more than 40,000 queries per second.

Google can generate huge revenues from its various businesses discussed above which permits it to invest in innovation and new products and acquisitions regularly.

One of the important weaknesses of Google is its privacy policies. The company is frequently questioned about its inner policies of hiding information on its algorithms and similar information.

Nearly 80% of Google’s revenue is from advertising and the company can suffer worst situations from the competition and political situations.

On the analysis of the business model of Google, we have known that Google has a well-distributed and well-organized structure. It uses different methods to build its revenue like advertising using google ads, google shopping, google AdSense, youtube, etc. We have also seen the different customer segmentation of google which include advertisers, content publishers, and users.

Wasn’t it interesting to know the Business model of Google? Learn how to grow your business using digital marketing, check out our website for more information.

Let us know your thoughts in the comments below.