Which Of These Courses After 12th Arts Is The Best Option For You? – Let’s Find Out! 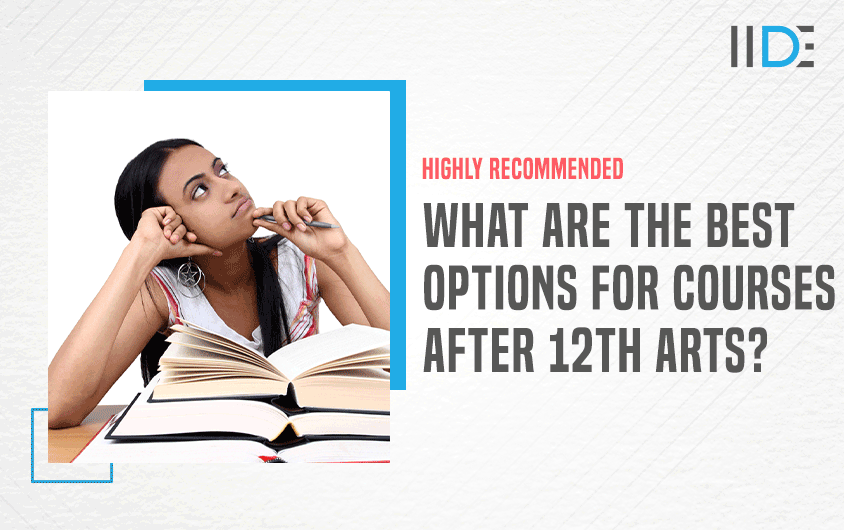 If you’ve clicked on this article, it’s very likely you just finished your board exams and now are looking for courses after 12th arts. We’re excited to tell you that your search ends here.

We’ve listed below some of the top courses after 12th arts for a high salary, and more than that, for job satisfaction.

As a humanities graduate, I’m sure you know about the importance of changing society, and as your field is full of the people most likely to do so, we have put together courses after 12th arts that won’t just have a wide scope for your future, but also help you contribute and give back to the society as well, bit by bit.

Also Check Out: Courses After 12th for High Salary

When we’re talking about high-paying courses after 12th arts, digital marketing has to top the list. Marketing, in general, is currently one of the highest-paying fields all over the globe, so it stands to reason that digital marketing should be on the priority list for you as an Arts student.

Digital marketing is a field that is going to grow enormously in the next few years because of the digital boom. And the best part is the number of options you have when it comes to pursuing it as an educational course!

Eligibility: 10+2, along with an entrance test some institutions might hold.

As we spoke about before, the digital boom is boosting the scope, pay, and esteem, as well as availability, of digital careers. In this vein, digital design is an excellent career choice for you if you’re the kind of person who’s considering fine arts as a study option.

Digital designing encompasses a wide range of subjects, including corporate branding, logo designing, communication design, and even web design. It is one of the most diverse offerings you can take advantage of as a student of a course after 12th Arts.

Eligibility: 10+2, along with an entrance test some institutions might hold.

Do not underestimate this humble and common degree. Bachelor’s of Arts courses after 12th produce some of the most well-informed, socially aware, and intelligent members of society. A BA course even offers students the choice to specialise in Economics, Psychology, and much more.

To make the best use of a BA degree, it is advisable to pursue something else alongside it, like an additional course on languages or literature.

Some of the highest-paid professionals in the world, like therapists and psychiatrists, start with this course after 12th. So, how could you not at least consider it?

Currently, a course offered by Mumbai University, BMM offers an expanse of knowledge few other courses in any field have to offer. A BMM student is a true ‘jack of all trades’, with semesters in Sociology, Political Science, Literature, Psychology, Economics, Advertising, Computer Science, Design, Journalism, Public Relations, Business Management, and much more.

A BMM graduate can choose to become a copywriter, a designer, a digital professional, or specialise in any of the above fields later. It’s an amazingly diverse course that allows every student to discover their true area of excellence and capitalise on it.

Eligibility: 10+2, some autonomous colleges have their own entrance tests

Speaking of changing society, social work is one of the best and most direct ways to do that. Reaching out to those in need and helping formulate policies that aid them the best is the whole point of these particular courses after 12th arts.

A Bachelor of Social Work would be able to look forward to a career in non-government and not-for-profit organisations. You will also be able to work directly with various departments of the public law and order and administration to improve life for those in need.

Bachelor-level courses after 12th arts in film studies enable a student to learn to read and write the nuance between characters and lines, which is what makes visual media such a powerful tool for storytelling. You will learn not just about movies, but also television shows, short films and so much more.

After completing this course, you may get work as an assistant on sets of films, from which you will work your way up to directing a film or being the cinematographer, or wherever your career goal in the field of the film lies.

Legum Baccalaureus courses after 12th arts are very much a realistic goal for 12th arts graduates. Getting a law degree helps you not only to make a career in the field of law, but also in the corporate sector, as well as if you wish to get into more traditionally humanities-related fields of work, like professorial teaching, and diplomacy.

This also offers you an exit route in case you chose arts during 12th not fully knowing what it would mean, and now do not see yourself making a career out of any humanities options.

Linguistics-driven courses after 12th arts are a great focus for the future, especially as India continues to internationalise and digitise.

We interact with people from non-English speaking nations more and more frequently, and hence a language course is key in serving within the field of diplomacy.

Linguistics courses after 12th arts can also serve the student in means of a career in translation, which is quite sought after and can pay very well.

Out of all the above 8 courses after 12th arts that we listed, our personal recommendation would be to go for the first listed course, digital marketing, mainly because we see it as the most future-oriented course. The rest, of course, is up to you.

Hopefully, you enjoyed reading this article and it proved to be of some use to you. Please let us know your thoughts in the comment section, and share this article with a friend who might find it useful!

She has been working with new trends in the Education industry for the last 2 decades. Starting her career as an Academic Counselor in the Middle East with Emirates College for Management & Information Technology......[Read full bio]