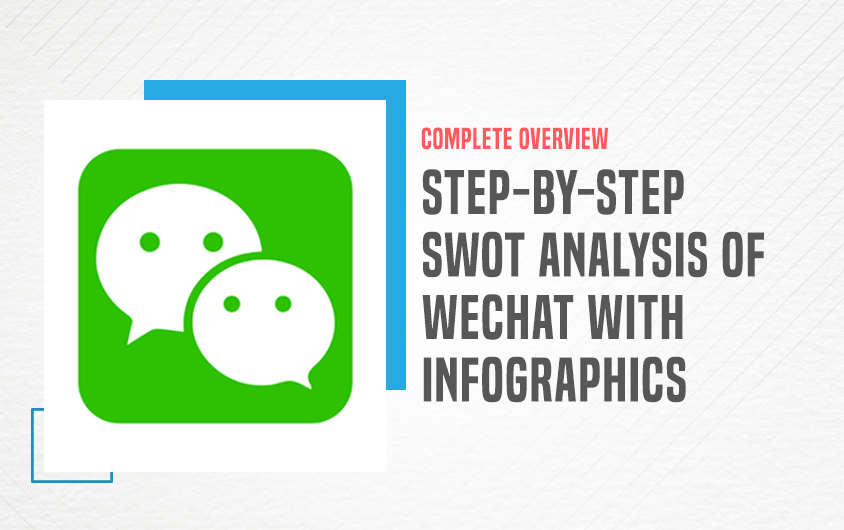 Previously we saw the SWOT Analysis of Youtube, today let’s explore the SWOT analysis of WeChat.

WeChat is China’s most popular messaging program. Tencent, a Chinese tech giant, owns it. It is described all in one app for China as it has multiple features.

In this blog, we will look at the SWOT analysis of WeChat but let’s know more about the company first.

With a monthly user base of over 1 billion people, WeChat is China’s most popular messaging program. Tencent, a Chinese tech giant, owns it. It’s comparable to Facebook’s WhatsApp and Messenger, but it has a few more features, such as allowing users to perform everything from payments to reserving flights and hotels, along with mini-programs.

There are multiple services provided by WeChat under one app.

WeChat faces intense competition from other players around the world. Some of its major competitors are listed below. 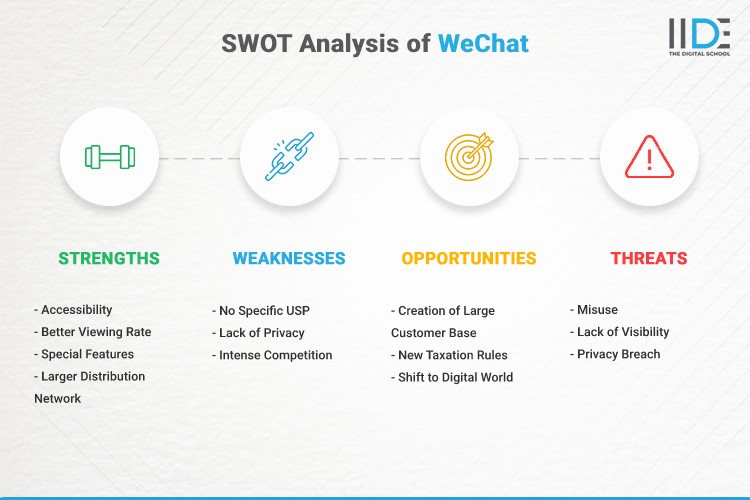 It is a method of assessing a company’s competitive position and formulating strategic plans. Internal and external aspects, along with existing and future possibilities, are all evaluated in a SWOT analysis.

WeChat being the platform with the most number of users in China surely has its dominance on the market and strengths, which are: 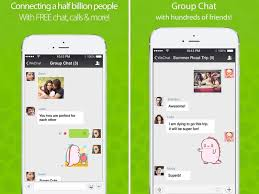 The application and firm have quite a few weaknesses too, let’s understand them now:

WeChat needs to work on these two internal factors for maintaining their strengths and neutralizing or eliminating their weaknesses.

There are many chances that any firm gets or makes for itself to expand, flourish and earn profits, goodwill or have some positive impact through it. Here are some opportunities for WeChat:

Due to the ever-increasing awareness of users, the awareness about threats is also increasing rapidly which can affect WeChat exponentially if reassurance is not provided. Some of the threats to WeChat are:

WeChat is surely an effective app, with its multiple features and offerings under one app the company is attracting a large consumer base. It has strong visibility and is a market leader in China. The company should select a feature, develop it more than its other features to create a USP.

The company needs to work on its privacy issues to make customers feel safe about their privacy. It can further expand itself in different countries other than China and increase its visibility.

Found the blog interesting? Do check out IIDE Knowledge Portal for more such case studies on various companies.

Thank you for reading, if you liked this blog, share your thoughts in the comments section below and share it with your family and friends.