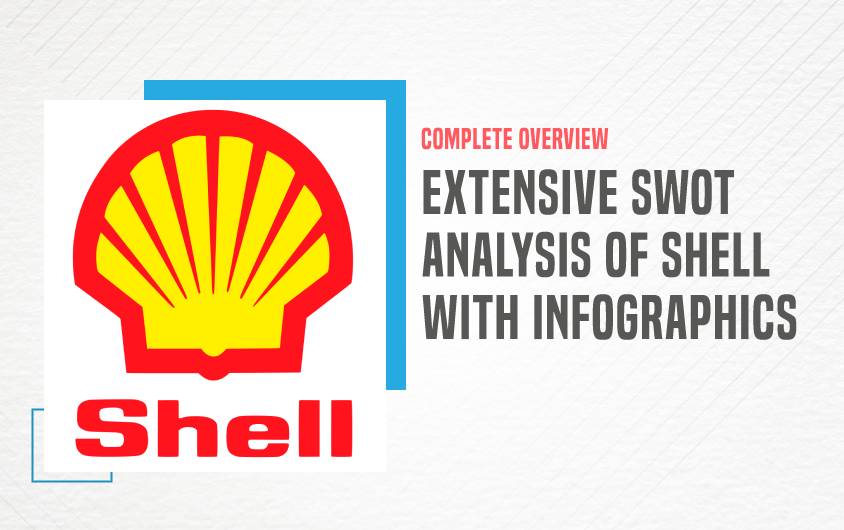 Shell is worldwide energy and petrochemical conglomerate whose mission is to address the world’s rising need for more and cleaner energy solutions in economically, ecologically, and socially responsible ways.

Shell’s marketing efforts have benefited them in their quest. Marketing evolves over time in response to the desires and preferences of the contemporary population. The vast majority of effective campaigns have now shifted to digital platforms. If you want to learn more about today’s effective marketing, attend our Free MasterClass on Digital Marketing 101, led by Karan Shah, CEO and Founder of IIDE.

Let’s start with the firm, its founding, financial state, products/services, and rivals to better comprehend the road behind Shell’s continual growth via the SWOT analysis of Shell.

The Royal Dutch Shell Firm, or famously known as Shell, is a British-Dutch multinational oil and gas company based in London, that was founded in April 1907. Shell is involved in exploration, production, refining, transportation, distribution, and marketing, petrochemicals, power generation, and trading in the oil and gas business. Shell engages in renewable energy activities such as wind, hydrogen, and biofuels. 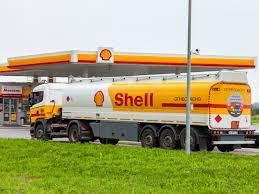 Oil and gas will remain a vital part of the global energy mix for many decades to come as technology hasn’t been so developed till now. The purpose of the company is to extract these energy resources and deliver them profitably in environmentally and socially responsible ways.

In India, Shell has a retail presence across six states – Maharashtra, Karnataka, Tamil Nadu, Telangana, Gujarat and Assam. It is expanding its network of fuel stations across the country. There is an LNG regasification terminal in Hazira which is completely owned and operated by it. Shell has an entire Lubricants end to end value chain in this country, from conceptualization and development to production and distribution.

These are among the few major products produced and sold by Shell:

There are many organisations in the oil and gas business around the world. Following are Shell’s major competitors:

Let’s start with the SWOT analysis of Shell. 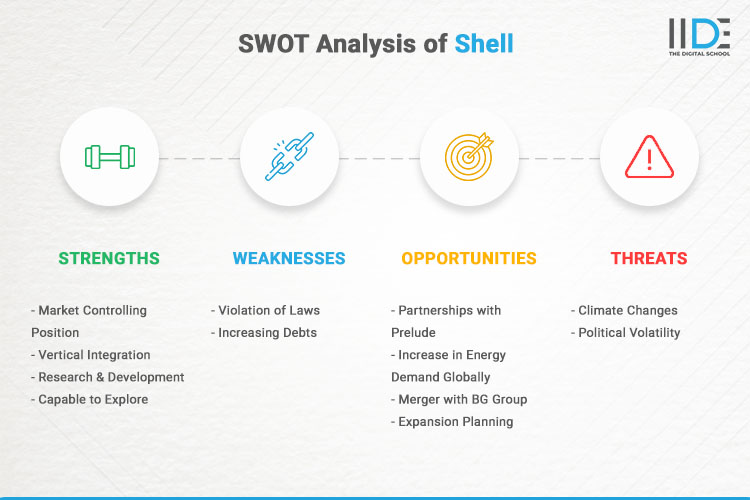 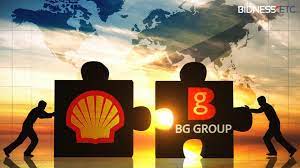 With this, we reach the end of the SWOT Analysis of Shell. Let’s conclude this case study in the section below.

Shell is a highly technologically advanced company in the field of oil and fuel extraction and production. They have proven to be a great player as they have survived with this cutthroat competitive market while doing great despite the midst of the 2020 pandemic.

Shell has to pay attention to its shortcomings with the increased debt and law violations, to continue its well-reputed status. However, their strong R&D along with their curiosity to explore has guided them to lead in the market. One of the key reasons for Shell’s success is its marketing strategy; to sustain in the lockdown they shifted to digital marketing, which helped them bag profit during the lockdown. Additionally, its strong research and development along with its curiosity to explore have guided them to lead in the market.

Shell utilises a plethora of digital marketing platforms such as Emailing, SEO, and Content Marketing to advertise and educate its customers regarding current and upcoming offers. Obtaining the requisite skills in Digital Marketing and completing Certified Courses may lead to employment opportunities with famous corporations such as Shell.

Thank you for taking the time to read this, and please comment below with your opinions on the case study.