PlayStation is the world’s best gaming console. It is also the best-selling console in the world to date.

PlayStation has gained such large success in its industry with its excellent marketing techniques that it has become one of the market leaders in its industry. This was all possible due to its to-the-point digital marketing. It is one of the leading marketing techniques used by every company nowadays as most people have shifted towards online media. If you are excited about learning what digital marketing is and how to use it to your advantage – check out our Free MasterClass on Digital Marketing 101 by the CEO and Founder of IIDE, Karan Shah.

Thus this makes us keen to know how PlayStation maintains a prominent position in the market. To understand that we have given an End-to-End SWOT Analysis of PlayStation. But before we start with its SWOT Analysis let us learn about PlayStation as a Company, its products, competitors, financials, and more. 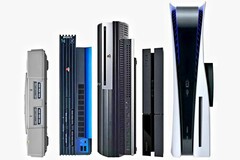 PlayStation is a home console video game developed and marketed by Sony Computer entertainment. It is an electronic game that consists of home video game consoles, handhelds, a media center, and a smartphone.

PlayStation was founded in December 1994 by Ken Kutaragi who was a Sony executive manager working in the company’s hardware engineering divisions. He was later recognized as “The father of PlayStation”. After its release in Japan, PlayStation made its American debut in September 1995. Both the releases got exceptionally good reviews and impressive sales. Games such as twisted metal and ridge racer were very popular amongst the buyers. By the year 2005, PlayStation became the first console to sell 100 million units.

In the series of PlayStation, the original console was the first console of any type, to ship over 100 million units of it, which was done in less than a decade. Its successor, PlayStation 2, was released in the global markets in the year 2000. PlayStation 2 (abbreviated as PS2) is the top-selling home console to date, reaching over 155 million units of sales by the end of 2012.

PlayStation is one of the well-known brands in the world. It provides its customers with different products. Following are some of the products of PlayStation:

PlayStation brings one of the big names in the industry it has a large amount of competition in the market. Following are some of the competitors of PlayStation:

Now that we have known about the company let us start with the SWOT Analysis of PlayStation.

SWOT analysis is one of the best methods used by different companies worldwide to analyze their progress in the market and see what can be improved. SWOT Analysis helps PlayStation find out its internal strengths and weaknesses and external opportunities and threats.

This will help PlayStation to find proper solutions to its problems and know what it has to improve on.

Let us now start with its SWOT Analysis by first looking at the Strengths of PlayStation.

Strengths are the positive factors that help PlayStation to hold its position in the market. Following are some of the Strengths of PlayStation:

Weaknesses are the factors that hold the growth of PlayStation. It needs to take care of these factors and find a solution to them as soon as possible. Following are some of the Weaknesses of PlayStation:

Threats are the factors that can create trouble in the growth of PlayStation in the future. It needs to be aware of such events with proper solutions to tackle them. Following are some of the threats for PlayStation:

With this, we have come to an end of the SWOT Analysis of PlayStation. This analysis helps it to find out its location in the industry at large and know what strategies they have to implement.

On the study of the SWOT Analysis of PlayStation, we have known that it is one of the largest companies in its industry. It has a successful go-to-market strategy and a unique gaming experience. It can expand its business with the help of new trends in consumer behavior and the increase in virtual reality in gaming and social. Even with such positive factors, it has some flaws in the market.

It lacks in creating a unified work culture and a high attrition rate in the workforce. Other factors such as the rising cost of raw materials and the liability laws can create a threat for the company in the future. It can still improve its marketing strategies by focusing more on advanced digital marketing strategies in the market as most people have shifted towards online media, thus it is one of the best marketing methods to be used by every company. If you are keen on learning and upskilling, check out IIDE’s 3 Month Advanced Online Digital Marketing Course to know more.

If you would like to read such in-depth analyses of companies, find more such insightful case studies on our IIDE Knowledge portal.