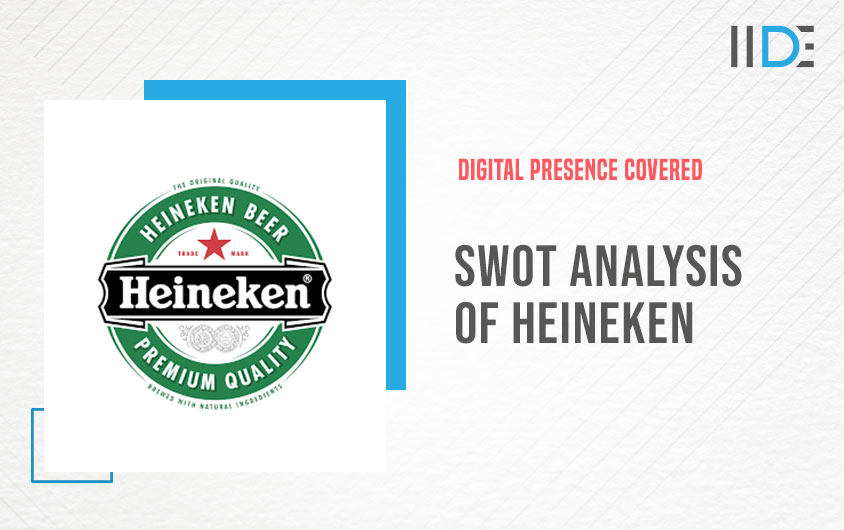 Heineken is a Dutch brewing company known for its large beer with a red star in a green bottle. The spirit company is popularly known as the brand for the working-class people, made famous by their marketing efforts. They are known for branding and sponsorship deals with popular sports and events to catch their audience’s hearts..

Marketing is a part of a company’s DNA that can either make it or break it. As users across the world go digital, marketing has followed them to the digital realm as well. If you are interested in new-age digital marketing, then you should definitely check out IIDE’s Free MasterClass on Digital Marketing 101 by our CEO and Founder, Karan Shah.

In this case study, we are going to conduct the SWOT analysis of Heineken and break down how the company is fairing and what its current position in the market is.

Before we begin dealing with the crux of the matter, let ys start by learning more about the company, it’s history, products, competitors and financials.

Heineken International, a Dutch brewer, operates more than 160 breweries around the world, it is the world’s second-largest brewery. They sell and manage multiple alcohol brands on their portfolio – Amstel, Desperados, Tiger, Tecate, and Red Stripe being chief among them. However, their chief brand and the most famous beer in their portfolio is called Heineken as well and is a cult classic amongst beer lovers – known for its iconic green colour.

Gerard Adriaan Heineken founded the brewery in Amsterdam in February of 1864. The company’s products are sold in Europe, Asia Pacific, North America, South America, the Middle East, and Africa. with over 250 brands under its control, the company is one of the largest international brewers. Heineken focuses on flavoured beer, cider brands, and malt beer. Recently, the company has been focusing on expanding its reach in Latin America, acquiring businesses that are auxiliary to the alcohol business such as bottling and capping.

The company is famous for the various sponsorships it does, especially for sports events. Being of European origin, the company focuses on associating itself with sports like football, tennis and rugby. They have sponsored major championships such as the Europa League, Champion’s League and French Open. 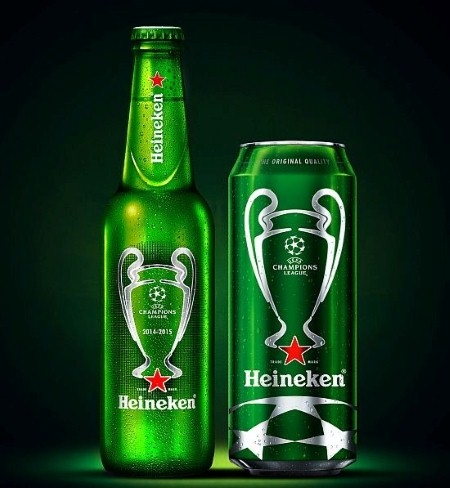 Heineken is an international brewery and dabbles in:

As an international brewery, the competes around the globe against the following breweries:

Now that we understood the origin and the background of the company Heineken. Let’s dive into the SWOT analysis in the coming section.

SWOT Analysis can be used to ensure that the company’s best advantage is realised. It can also lower the odds of failure by identifying what it lacks and removing risks that would otherwise catch the organisation off guard.

Even better, the company can begin to develop a strategy that sets it apart from its competitors, allowing it to compete successfully in its market.

So, let’s look at the SWOT analysis of Heineken and understand how the company is operating and what lies in its future.

Strengths are what a company has that gives it a competitive advantage over its competitors. Heineken has the following advantages:

Weaknesses are areas of the business or brand that need to be improved. Heineken’s main flaws are as follows:

Opportunities are routes in the business’s surroundings that can be taken advantage of to increase profits.  Below mentioned are the opportunities of Heineken.

Threats are environmental factors that can be detrimental to the growth of a business. Among the threats are the following:

We now done a deep dive into the SWOT analysis of Heineken. Let’s wrap it up with the findings below.

Consumers are wanting more and more tailored products and experiences in a fast-changing world. Heineken has to constantly improve their branding marketing techniques while maintaining a consistent value image to be at the top for nearly 150 years. The brand’s campaigns were meticulously created to offer shareable themes, increase brand awareness, and maintain the brand’s position as the world’s top brewery. Despite its brilliant product portfolio and reach, the company is facing increasing competition, especially on a local level with craft beers and the merged strength of SAB and Miller.

Even the best brands can suffer at the hands of increasing competition in the market. In the face of rising competition, impactful marketing becomes a necessity for the company. Hence, gaining a professional understanding of digital marketing is essential if you wish to work in highly competitive industries such as alcoholic beverages. If marketing is something that interests you, you should definitely check out the Post Graduation Programme in Digital Marketing offered by IIDE that will help you transform into the managerial candidate in the marketing department of top companies.

Thank you for your time and hope you liked what you read, if you have any thoughts to add to the discussion, please put them in the comment section below.