Boeing is one of the world’s leading aerospace manufacturers and the US’s top exporter in terms of cash value. The corporation supplies airlines to the U.S. and allied government clients in more than 150 nations as America’s largest manufacturing exporter.

Marketing evolves over time in response to the preferences of the prevailing society. To understand more about today’s effective marketing, attend our Free MasterClass on Digital Marketing 101, presented by Karan Shah, CEO and Founder of IIDE.

In this case study, we will learn about the SWOT Analysis of Boeing. Before we begin, let us learn more about Boeing, it’s founding, products/services, financial status and competitors.

Boeing may be a giant within the Aircraft designing and manufacturing Industry and is engaged within the manufacturing of aircraft, satellites, defence weapons and knowledge and communication systems. The corporation also provides performance-based logistics to the commercial airline industry worldwide. 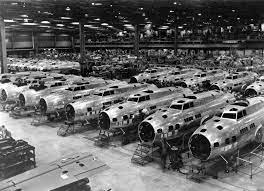 Boeing started corporate in 1916. Initially, they sold only aeroplanes to the United States Navy, but slowly the corporation expanded into other markets and introduced new products. Their headquarters are located in Chicago.

The company has recorded strong growth in revenue and operating margin from the past two years and has been renowned for its efficiency in operations. Commercial Airplanes, Defense, Space & Security, and Boeing Global Services are the three business units that makeup Boeing.

Following are the products we can find at Boeing –

Following are the top competitors of Boeing –

SWOT analysis may be a technique for assessing four aspects of a business – strengths, weaknesses, opportunities and threats. SWOT Analysis also helps an organization or a brand to strategise according to the factors affecting its growth.

Weaknesses are the internal elements that put the company at a disadvantage. Let’s take a glance at some points given below-

Opportunities are potential areas for a corporation to specialise in to enhance results, increase sales, and ultimately profit. So let see what sort of opportunities are there – 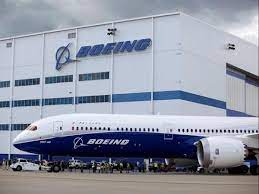 With this, we conclude the case study on the SWOT Analysis of Boeing. In the next section, we will summarise what we read so far.

Boeing is an enormous name not just in America but worldwide. The company features a prestigious place in the market. Though it’d be facing threats and weakness, there’s nothing that can majorly displace the company from its position. Boeing features plenty of opportunities to continue being the biggest name in the market; all they have to do is continue with their current trend of innovation, creativity and work in an environmentally sustainable manner.

Boeing will gain not only from the cost-effectiveness of digital marketing, but will also reach a larger audience than normal if they raise their presence through many channels such as SEO, emailing, content marketing, and social media marketing.

Learning the fundamentals of digital marketing and completing Certified Courses can lead to opportunities to work with prominent companies such as Boeing.

Check out our IIDE Knowledge portal for more such case studies to learn about organisations in-depth. Thank you for taking the time to read this case study on the SWOT Analysis of Boeing, do leave your thoughts in the comments section below.