A Comprehensive SWOT Analysis Of Airtel with Company Overview & Highlights Last time we did a thorough SWOT Analysis of the chinese mobile maker Xiaomi. This time we shall decode the SWOT analysis of Airtel, one of India’s big three telecom giants.

Bharti Airtel is one of the top multinational telecommunication companies with more than 352 million users all over India. Airtel provides various services such as prepaid, postpaid, DTH, and broadband. Airtel also has an online payment feature named Airtel Payments Bank released in January 2017 for DTH recharges, NETC FASTag, Electricity, Landline Bill payment, and many more.

The company is ver well known for it’s youthful and quirky marketing, connecting with it’s audience on the digital platforms they spend most of their time with. Digital marketing has become more relevant than ever since businesses need to have an online business to stay in the game. If you are interested in knowing the latest marketing techniques as well, you should definitely check out IIDE’s Free MasterClass on Digital Marketing 101 by our CEO and Founder, Karan Shah.

To better understand the company, we should study its SWOT analysis which will give us a clear idea about the present situation of the company.

So, let us study the SWOT Analysis Of Airtel. But before we begin, let us start by learning more about the company, its services, finances, brand story and competitors.

Bharti Telecom Limited was started in 1984 by Sunil Mittal. The company initially used to sell push-button phones by importing them from the Kingtel company in Taiwan. It later had a tie-up with Siemens AG of Germany for the manufacturing of push-button phones. Bharti also got into the making of Fax machines, cordless phones, and other telecom gear. Airtel was finally founded in July 1995 by Sunil Mittal. Now Airtel has a wide range of services other than mobile services such as Airtel Payments Bank, Wynk Music, Airtel Thanks App, and a wide range of other services.

Airtel provides their employees with regular training sessions which helps in achieving the vision of the group. Alongside that Airtel has a team of skilled professionals under the guidance of their current CEO, Gopal Vittal. It has multiple large scale headquarters spread across India, through which the company conducts its large scale operations. 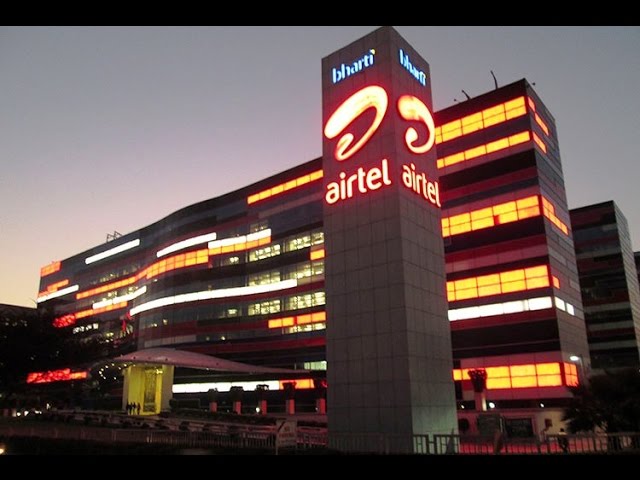 Airtel is a telecommunications giant and offers the following services:

The telecommunications market in India has heated up a lot recently and here are the major players that compete with Airtel:

As you now know what the company does and where it stands in the market, let’s head towards the S.W.O.T analysis of Airtel in the next section.

SWOT analysis is a framework for analysing and identifying a company’s strengths, weaknesses, opportunities and threats. It helps in identifying where a company is lacking, and what are the opportunities for a company so that it can work accordingly and minimize its risk.

A company will not have complete control over all the factors like it can work on its weaknesses by identifying them and can grow themselves with its strengths, but opportunities and threats are not in their control as these factors are not predictable.

To understand it in detail, let us look at SWOT analysis for Airtel

Weaknesses are aspects of a business or brand that have a scope for improvement. So let’s check some of Airtel’s major weaknesses:

Opportunities for a company are the sectors in which a company may progress considering the current market situations and weaknesses of other companies.

Threats to a company are the reasons that are causing or may cause a decrease in the number of customers.

Now that we have done a deep dive into the SWOT analysis of Airtel, let us conclude our learnings below.

Airtel has been around for more than two decades and is a powerful brand that has received its discussion and attention. Airtel’s popularity has been sustained over time despite rapidly changing consumer needs and ever-developing technology patterns. Airtel has been on the list of the top leading firms in its industry. It is maintaining its prominent position in the telecom industry by critically analyzing and reviewing the best strategies through SWOT analysis. It has greatly improved from wired communication to wireless communication and is aiming towards providing faster and better connectivity.

Companies such as Airtel are heavily relying on their success through marketing and are always looking for talented marketers. If this interests you, you should learn how to create impactful and targeted digital marketing campaigns by learning the up and coming field that is taking the world by storm. All you have to do is be a part of IIDE’s Online Digital Marketing Course which upskills you in all aspects of the rising digital marketing field.