Zalando is the world’s number one online retail shop, where fashion brands are connected to their customers. Zalando fashion is looking to build a sustainable globally accepted fashion style.

They don’t only connect brands to customers, they build sustainable relationships between the brands and customers. For every company to be successful, they need a unique and outstanding marketing strategy. The marketing tool or strategy employed by companies is a major factor in determining if the company will rise to the top or fall to the bottom.

A complete marketing strategy today will cover social media marketing, content marketing, SEO  etc. Nobody is in search of a conventional marketer anymore. Every company today has come to understand the importance of having a skilled digital marketer on their team, so as a marketer if you want to be relevant to these companies you need to up your skill.

If you too are interested in digital marketing then you should definitely check out IIDE’s Free MasterClass on Digital Marketing, by our CEO and Founder Karan Shah.

This blog will cover every detail of the marketing strategy of Zalando, but before we dive deep into all the details let us take a look at the company’s story, target audience and digital presence. 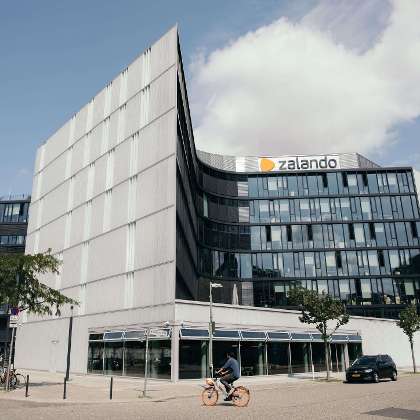 Zalando was established in 2008. The people who founded Zalando were Robert Getzo and David Shinder and they first started their services in the footwear industry. In 2013 the company started making changes in its online sites and platforms by looking at the reforms performed in China.

Zalando always believes in providing the best services to customers and providing them with a variety of products. Zalando is dealing with more than 4500 international brands and has also extended its operation in more than 23 countries. In Europe, the company operates in different countries like the Netherlands, Spain Austria  France Germany, etc.

Zalando has become one of the largest online retail shops in Europe, from the basements of two college kids. We will be looking at the marketing strategy they used, to have been able to achieve such tremendous growth in such a short space of time.

Zalando covers every category of the fashion industry. The major objective of Zalando is to connect people to their favourite brands, hence their major target is people who can not easily access their favourite fashion brand as a result of distance and pricing or people who are too busy to shop by themselves. Their target audience cut across people from different age groups, localities, religions, occupations, lifestyles etc.

Zalando is an online retail shop that has placed itself in a position, where they connect customers from different countries to different fashion brands. They have a well-structured delivery system, to suit the needs of their customer.

We will be taking a look at the top three marketing campaigns of Zalando;

The “Explore Mode On” campaign was launched, to boost the customer usage of Zalando Lounge. This marketing campaign was to integrate seven different countries. The campaign was to happen on live TV, social media and a live interactive landing page. This campaign was successful as the Zalando lounge surpassed 1 billion Euro GMV for the first time. 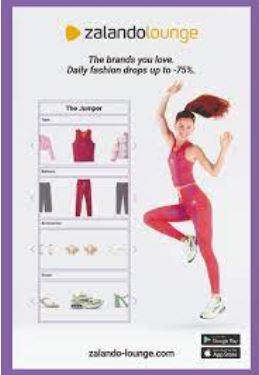 The “#JoyIsOurs” campaign was launched in 2021, to spread the essence of the holiday across Europe. The campaign captured every essence and emotion that comes with the holiday season and it was captured by Geordie Wood. It featured everybody that worked with Zalando in  2021. It was broadcasted on TVC. 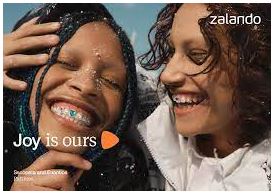 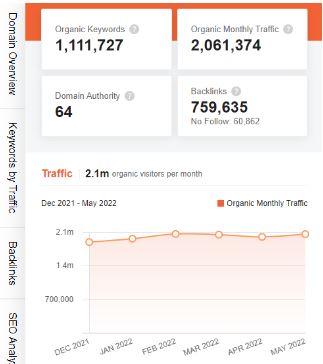 Search Engine Optimisation is very important in boosting the online presence of every business, and Zalando has a business that is making good use of it. From statics, they have generated over 2 million organic traffic to their site, also over 1 million keywords used on their site have been generated organically. They have received over seven hundred off-page traffic. This goes to show the amount of work they put into their SEO.

Over the last couple of years, Zalando has worked with several influencers for their marketing campaigns. They have collaborated with Lola Rodriguez, Pietro Turano and Julia Wieniawa on the “Drama Free” campaign. These influencers added their designs to the fashion line to promote it.

Zalando has made use of several e-commerce strategies, my favourite is the offer where you get 75% off everything you purchase via Zalando Lounge. They are currently offering 30% + 15% off when you buy wear from their site.

Zalando has a functioning mobile application. On the app there are display ads, to promote different brands. These ad content are either pictures or videos. They make use of these ads to inform customers when there is about to be a new product launch.

Zalando makes use of blog posts as a form of its content marketing strategy. In their blog post, they talk about new changes in the company, new marketing campaigns, finances, fashion trends, product launches etc.

For their social media content, they make use of both pictures and videos. Their main focus is to inform their customers about everything happening in the company from new product launches to finances.

Zalando company has grown significantly over the years and its online presence is amazing. They have made effective use of every tool in digital marketing to achieve their large audience. They have made effective use of SEO in boosting their website traffic, and they have been able to generate an amazing number of organic traffic. They have done an amazing job with their social media, they have been able to create a powerful presence across all their social media pages.

If you like such in-depth analysis of companies just like the marketing strategy of Zalando check out our IIDE Knowledge portal for more fascinating case studies.