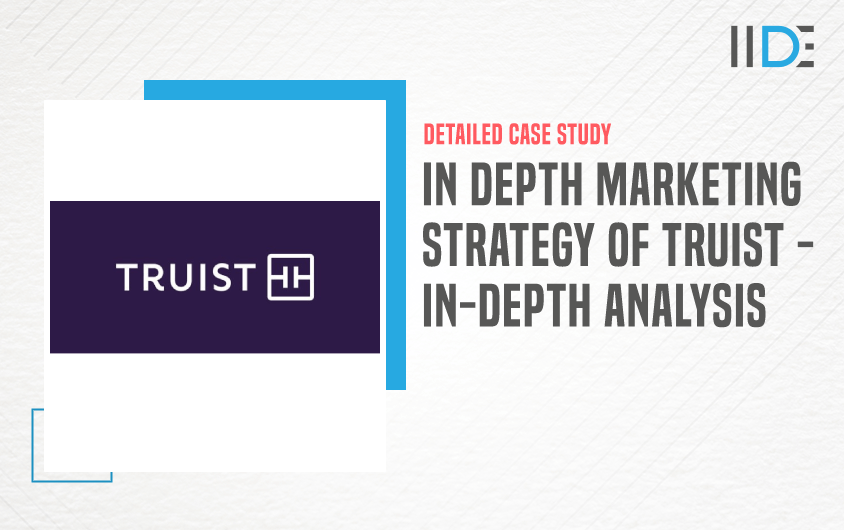 In a previous article, we learned about the detailed Marketing of Conch. In this blog, we will elaborate on the marketing strategy of Truist – India’s most Financial Brand Bank. Truist Financial Corp (Truist Financial) is a financial holding company that offers retail and commercial banking products and related financial solutions through subsidiaries. Its retail banking portfolio includes asset management, loans and mortgages, insurance, investment brokerage, online banking, retail deposits, payments, wealth management, and SMS banking.

So, as you can see, the world is fully online now, and marketing is the rib of every industry. If you are interested in marketing, check out our Free Masterclass on Digital Marketing by the CEO and founder of IIDE, Karan Shah.

We will learn the entire marketing strategy of Truist by the end of this blog. Before diving deep into it, let’s begin with the company’s story, target audience, and digital presence.

The combination of BB&T Corp., which is based in Winston-Salem, and Atlanta-based SunTrust Banks Inc. is the largest bank merger since the Great Recession. The new institution will be called Truist Bank, which will have more than $425 billion in assets and will be one of the largest retail bank operators in the South. It will be headquartered in Charlotte. The Federal Reserve required BB&T and SunTrust to sell 30 branches and divest $2.4 billion in assets as a condition of the merger.

In January 2020, Truist released the logo and launched an informational website. Still, it will be 18-24 months before customers of SunTrust and BB&T can do business as Truist customers. That’s the length of time the bank needs for systems integration and for instituting changes — including a new mobile app — that are required for Truist to live up to the promise of the merger.

Truist is the largest rebrand in the financial services industry in quite some time, involving a completely new, made-up name. Earlier examples include Renasant, Comerica, and Synovus among regional banks. But Truist ranks as the sixth-largest U.S. bank and its branding exercise drew a big, bright spotlight. With experts predicting a coming wave of mergers among mid-sized players, the challenge the Truist partners went through will be repeated as institutions attempt to find names that capture the essentials of banking while reaching beyond traditional themes.

By building career pathways to economic mobility and strengthening small businesses, we’re creating equal opportunities for everyone to thrive. Let’s learn the market Strategies of Truist.

Probably the easiest approach to segmenting a market for a bank is to look at customer value segments and the progression through the customer relationship life-cycle. In terms of the customer relationship life-cycle, the bank will look to attract first-time customers (which are typically low in value to the bank in their early stages) and then, primarily through a series of direct marketing activities, the bank attempts to up-sell these consumers and gain greater share-of-wallet to make it more profitable.

Part of the motivation behind the merger that created Truist Financial Corp. was to enhance technology capabilities in an era where digital-savvy matters more than branch footprint. Chief Information Officer Scott Case is betting that investments that support innovation will help make the bank a formidable competitor in the digital banking era. 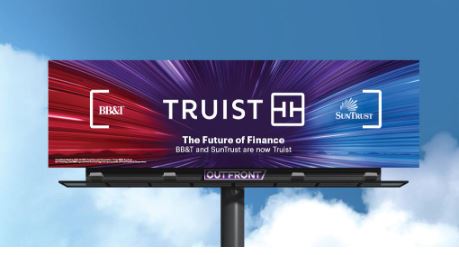 The new bank, which is a merger between BB&T and SunTrust banks, will now feature a dark purple background with two sideways Ts inside a square. The specific shade is called “Truist purple” and is a combination of the particular shades of burgundy and blue used by BB&T and SunTrust, respectively.

The campaign which has been devised by award-winning creative agency StrawberryFrog will feature films, and outdoor, organic social and digital ads. Truist has the vision to make financial services better by leading with purpose, delivering an experience defined by advanced technology and a personal touch, and creating an impact on their clients, teammates, and communities.

As a result, the first campaign will emphasize the message: The Future of Finance. The campaign will showcase the new brand, the new name created by Interbrand, and the new logo for Truist which centres on Truist Purple, a colour that represents the merger of equals by combining the burgundy of BB&T and the blue of SunTrust. 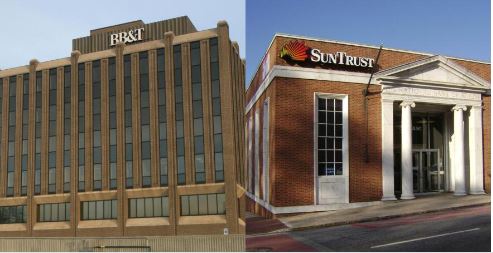 The combination of BB&T Corp., which is based in Winston-Salem, and Atlanta-based SunTrust Banks Inc. is the largest bank merger since the Great Recession. The new institution will be called Truist Bank, which will have more than $425 billion in assets and will be one of the largest retail bank operators in the South. It will be headquartered in Charlotte. The Federal Reserve required BB&T and SunTrust to sell 30 branches and divest $2.4 billion in assets as a condition of the merger.

The deal is expected to close on Dec. 6, the banks said. The new bank will trade under the stock ticker “TFC” on the New York Stock Exchange. 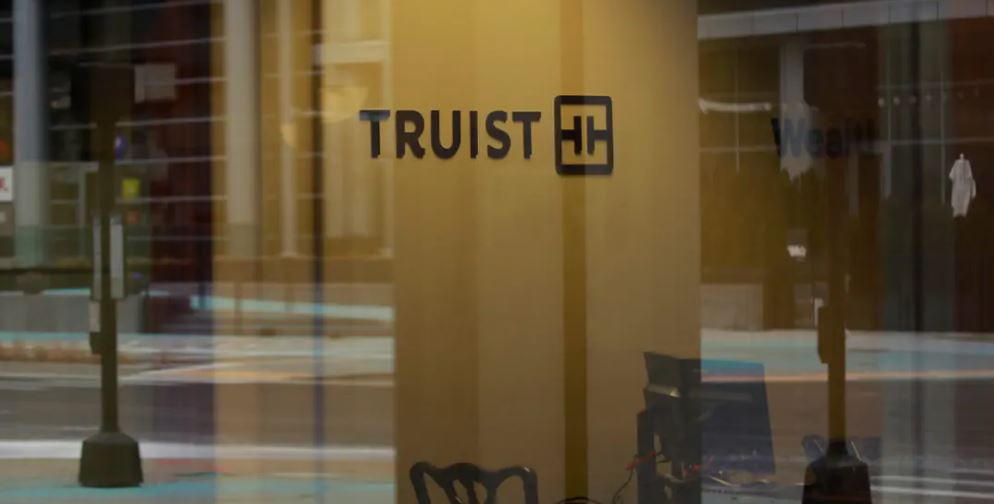 Truist has a social media presence on Facebook, Instagram, LinkedIn, Twitter, and YouTube. These communities are a place to connect, learn and engage, and these guidelines are in place to help create a safe and courteous environment on all of these channels.

LinkedIn is more of a professional sort of social media which excludes young teenagers as most of them don’t have an account on LinkedIn. The posts contain mostly promotional and informational content along with some posts related to their new product launch.

As per SEO ranking, it is said that the number of keywords – below 650000 is Great. As we can see that www.truist.com has 53,83,916 organic and it’s considered great. That means the digital marketing of Coolberg is gaining a good number of insights.

Also, the traffic per month is around 6lakh  which is known as average. Hence, Truist needs more customers to generate revenue more in a month.

From the start, Great leaders change our world for the better. The best ones inspire people to live with a winning mindset. We’ve developed a culture of leadership that empowers others to be their best.

In talking about the e-commerce strategies Truist has its website from where they give all services online to customers.

Truist is very active on social media. The post content is related to their new products for clients. The only source of posting content is through Facebook or Instagram. Also, they press releases about their product via various sources such as TV news, etc.

If you like such in-depth analysis of companies just like the marketing strategy of Truist check out our IIDE Knowledge portal for more fascinating case studies.